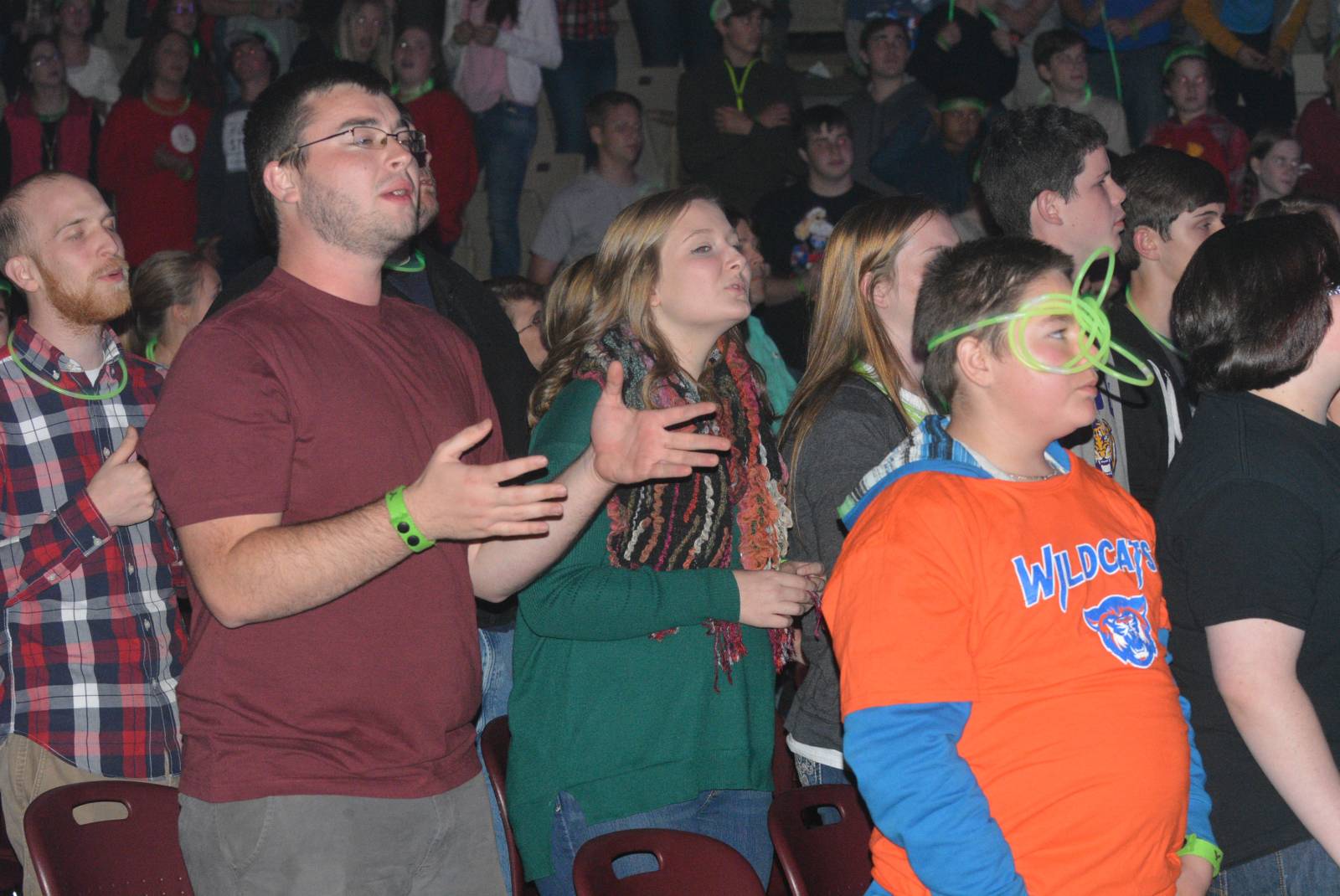 Youth and adult chaperons worship during YEC at the Cajundome in Lafayette. Brian Blackwell photo

LAFAYETTE – The 2015 Youth Evangelism Celebration was all about making the most of the moment.

“You have this moment,” Acton Bowen told the youth gathered inside the Cajundome for the opening session of YEC on Monday, Nov. 23. “This is the moment you have right now to say yes to Jesus.”

A speaker and New York Times best-selling author who has served in the local church, led a city-wide student Bible study in Gadsden, Ala., and was the host of x|roads TV, Bowen was one of several people who were on stage during YEC.

The largest gathering of Louisiana Baptists each year, YEC featured high-energy music, inspiring messages, fellowship and much more. The theme for this year’s YEC is Moments, based off Psalm 119:32.

Throughout the two-day event, Bowen issued several challenges, including take up one’s cross to follow Jesus. Basing his message off Mark 8:31-35, Bowen told the students and adult chaperons that too often in America to not be just a follower, but a fan of Christ. He said Jesus is looking for followers, especially when times get tough.

“There is a huge difference between being a fan of Jesus and a follower of Jesus,” he said. “In churches across America I am preaching to some of the greater fans he has and some of the poorest followers.” 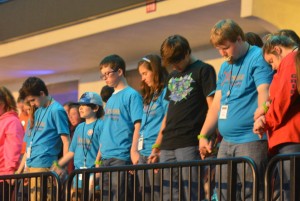 By the end of YEC, 120 students had made a profession of faith. Another 174 recommitted their lives to Jesus, seven indicated a call to ministry and 83 made another type of decision.

Among the students making a decision was Kaleb Edwards, an eighth grader from First Baptist Church in Natchitoches.

“Hearing the gospel presented was eye-opening,” Edwards said. “I realized what I was doing wrong and wanted to start following Christ.”

Andrew Aaron, a junior from Eastwood Baptist Church in Haughton, also made a first-time decision for Christ.

“I have attended church but didn’t get it til this week,” Aaron said. “Whenever I was praying just before inviting Jesus into my heart I felt a feeling come over me that told me I have to do this now.”

Last year, nearly 7,000 students attended YEC. By the end of the two-day event, 233 students made decisions for Christ. Of those, 67 accepted Christ as their Lord and Savior, 111 made re-commitments to Christ and 13 indicated a call to Christian ministry.

Due to on-going renovations at the Rapides Coliseum in Alexandria, and an unknown date of completion, the Cajundome will be the home for YEC through 2017.

Look for a complete recap of YEC later at baptismessage.com. 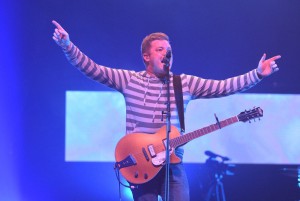 Voice of the People lead worship during YEC.

By Joe McKeever Freely you have received; freely give. (Matthew 10:8) JACKSON, Miss. (BP) -- Dr. Watson was complimenting Sherlock Holmes on a brilliant observation no one else had noticed. "Of course," Holmes remarked. "It's what I do." Forgiveness and grace -- that's what we believers do. Here is … END_OF_DOCUMENT_TOKEN_TO_BE_REPLACED