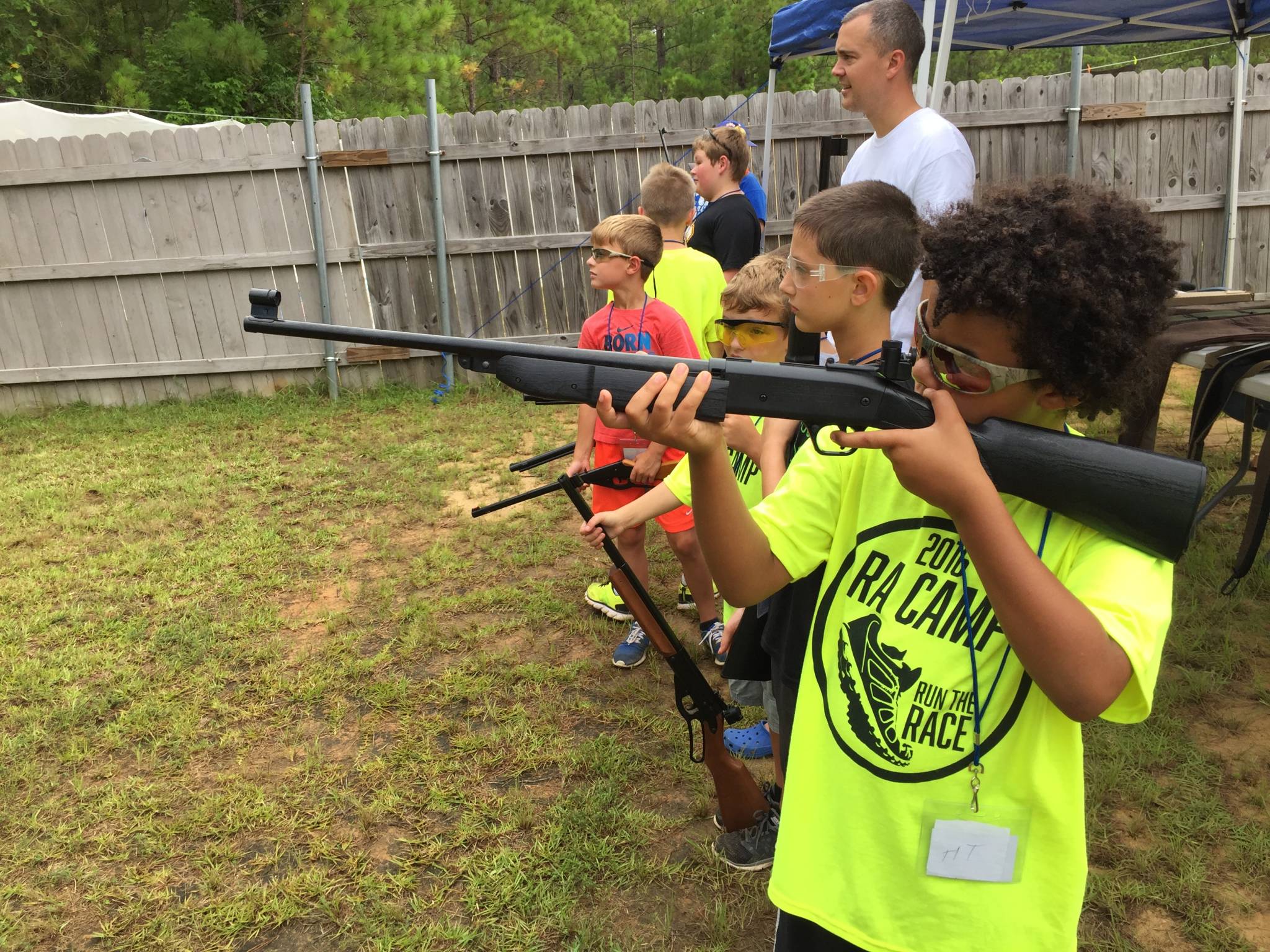 WOODWORTH – Curt Iles had a clear message for a room of 20 boys attending Royal Ambassador Camp this week – become a missionary, even if it means going to places that may be difficult and where they don’t know about Jesus.

“As missionaries, we go to where people haven’t heard about Jesus and are hurting. We go to the difficult places,” said Iles, who served alongside his wife DeDe as missionaries with the International Mission Board in Uganda from 2013-2015. “We must as followers of Jesus go help them. Our job is to bring them the Gospel.”

Iles, who previously was director of Dry Creek Baptist Camp, led individual breakout sessions on missions during RA Camp, which started July 27 and continues through Saturday. The camp drew 147 participants from a total of 14 churches. As of July 28, four young men had made professions of faith.

The boys and their leaders took part in worship led by Kellie and Kristen Fuselier of Pineville and heard challenging messages from Brandon Digalormo of Haughton.

The theme of the camp was ‘Running the Race,’ based on Hebrews 12:1.

When they were not in worship sessions, the campers took part in recreational activities, including crafts, BB gun shooting, swimming, paddle boats, archery and gaga ball.

RA men’s and ministry consultant Mike Collie said the activities expose the boys to a glimpse of real biblical manhood.

“It’s important to have an event where we have an atmosphere to develop them as leaders,” Collie said. “We want to combine fun recreation with lessons about missions so they can get a look at being a committed and devoted follower of Christ so they can one day know what it means to be the leader of the home when they are older.”

McClane Roberts attended RA Camp with others from Culbertson Baptist Church in Farmerville. He enjoyed the fellowship and lessons about missions.

“I had so much fun just hanging out with my friends through all the things they offered for us to do,” said Roberts, as he waited his turn on the paddleboats. “This is my third and last year to be able to do this, so I’ll take what I learned here and apply it as I enter seventh grade.”

JP Jameson, a member of Pine Hill Baptist Church in Olla, said his favorite part of camp was the worship time.

“We learned God gives us safety when doing all these activities at the camp and at home,” Jameson said. “Like with these paddleboats we rode, I was reminded I have God to push the pedals on my life.”

The recent RA Camp is one of several such gatherings for RAs scheduled for 2016.

Earlier this year, nearly 200 first through sixth graders and  their leaders attended the RA Congress at Tall Timbers. The attendance would have been higher but statewide prevented at least seven churches, which had registered to attend. Fourteen of the young men made decisions for Christ.

And on Sept. 16-17, RA Survivor Man Wildnerss Camp is scheduled to take place at Acadian Baptist Center in Eunice.