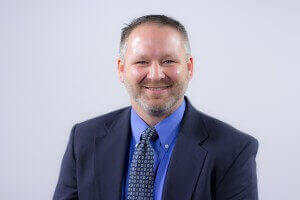 One of the most significant and unsung verses in the Christmas Story and maybe in the New Testament is Luke 1:11.

An angel of the Lord appeared to him, standing to the right of the altar of incense.

This is the moment that God broke through after 400 years of silence, after allowing the rampaging and devastation and defeat of His chosen people, and after allowing Judaism to become a ritualistic shell of itself. God broke through. God spoke. God set in course the events that would bring salvation to all the world in the person and work of Jesus Christ.

The before and after of this verse goes like this: An aging Priest named Zechariah got the opportunity of a lifetime to offer incense in the Temple’s sanctuary. He and his wife Elizabeth, who was never able to have children, and now was well along in years, made arrangements to fulfill this obligation. As he offered incense, God reached down and spoke. Unexpected events, unexpected people involved, unexpected announcement that Elizabeth would have a baby. That baby would become the way-preparer for the Messiah, John the Baptist.

This is the moment where God initiated the keeping of His Promises and Securing the Hope of all who believe. This is the moment that those caught up in this story saw their Hope Restored. What does Restored Hope look like? For Zechariah and Elizabeth and that group of ordinaries that surrounded them on this day, it looked like this:

The Pathway to Hope Again:

Maybe this Christmas, you find yourself with lost hope or deferred hope (Proverbs 29:13). Ask God to breakthrough again with these three truths. You can Hope Again. His Word is True. He’s not finished with you. He’s still doing the impossible. Hope Again. Believe Again.

Father, restore our hope through demonstrating the truth of Your Word. Show us that we are your instruments until the day we die. Open our eyes to see the possibilities of your power and your promise.

Lane Corley is a church planting strategist for Louisiana Baptists and pastor of the Bridge Church in Madisonville. this editorial first appeared on his blog.

By Lane Corley MADISONVILLE, La. - In Luke 15, Jesus gives us a glimpse of the Father’s heart for the lost. 1. Those far from God liked Jesus and he liked them (verse 1). Is that true of me? When was the last time someone far from God approached me? Am I available to them? Building relationships with … END_OF_DOCUMENT_TOKEN_TO_BE_REPLACED