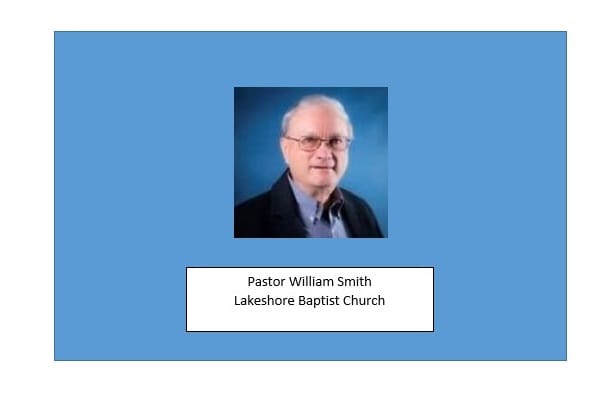 PINEVILLE, La. (LBM) – William Smith, pastor of Lakeshore Baptist Church in Monroe, will be nominated for the office of second vice president of the Louisiana Baptist Convention during the 2020 LBC Annual Meeting, Nov. 10, at Louisiana College’s Guinn Auditorium.

Neil Everett, pastor of First Baptist Church in Calhoun, plans to nominate Smith for the position. Smith is the only announced candidate for the office.

Everett said Smith has demonstrated a faithfulness to Christ and the Word of God while serving 43 years as pastor of the Lakeshore congregation.

“He loves the church and has personified servant leadership,” Everett told the Baptist Message. “No matter the position, William takes his responsibilities seriously and serves with a humble, Christ-like spirit. It is an honor to nominate Brother William Smith to serve our Convention as second vice president.”

The database of the Annual Church Profile shows that in 2019 Lakeshore Baptist Church contributed $38,237 for cooperative missions and ministries through the Cooperative Program, 8.99 percent of undesignated receipts totaling $425,024 from Sept. 1, 2019-Aug. 31, 2020. The congregation also gifted more than $6,737 in 2019 to the Northeast Louisiana Baptist Association.

Smith, if elected, said he would work alongside other Louisiana Baptist leaders to help advance the Gospel at a time when the state is in need of encouragement after facing difficulties such as COVID-19 and multiple hurricanes.

“I have served the Convention in various ways on boards and churches,” Smith said. “I feel the work we do together as Baptists is something that makes us stronger in sharing the Word of God. I am willing to make a contribution in any way I can to help further the Gospel.”

Smith earned his Master of Theology in the honors program from New Orleans Baptist Theological Seminary, a bachelor’s degree from Louisiana College and a diploma from Crowville High School.

Smith also has been active on various committees with the Northeast Louisiana Baptist Association, serving as moderator twice (1981-1982; 2018-2019).

He and his wife Luna have been married 53 years and have two grown children: Christy Hart (Mark) and Matthew Smith (Susan), and three grandchildren.

By Tim Patrick DERIDDER, La. – Many of you know we lost our oldest son in October. David was an IMB (Southern Baptist) missionary. His death gives me an inside view that many of you do not possess. This year, that view carries greater weight than ever. I share this view with you so that (hopefully) you will … END_OF_DOCUMENT_TOKEN_TO_BE_REPLACED