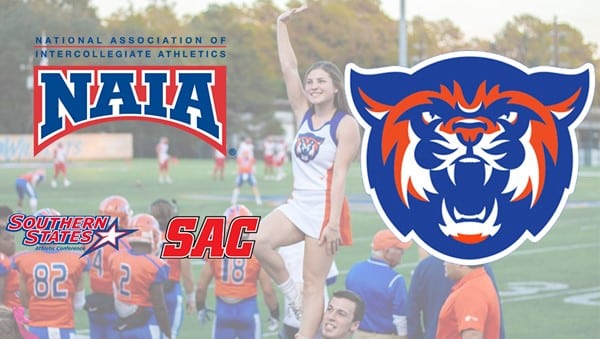 PINEVILLE, La. (LCSports) – Louisiana College announced Wednesday that its athletic department has formally applied for admission to the National Association of Intercollegiate Athletics (NAIA), with an eye on joining the Southern States Athletic Conference (SSAC) for all sponsored sports except football, which aims to join the Sooner Athletic Conference (SAC).

“After the better part of the past year analyzing the college’s athletic program, in addition to numerous conversations with Reni Mason, athletic director as well as men’s basketball coach, and with our Board of Trustees and other external stakeholders, we have decided to apply to the NAIA. This move was supported unanimously by the college’s board of trustees,” said LC President Rick Brewer.

The Wildcats offered five points for the move to the NAIA: fit, fan engagement, regional alignment, a core footprint, and a level playing field for the student-athletes.

“This move reflects a desire to provide our student-athletes an outstanding experience as we believe LC’s athletic programs will be competitive in each sport with the genuine opportunity to compete for conference and national titles,” Brewer explained. “The college’s best days in athletics was during the 1970s, ’80s, and ’90s when it competed in the NAIA for conference and post-season titles in women’s basketball, men’s basketball, and baseball.”

The greatest NAIA Tournament appearance for Louisiana College came at the end of the 1985-86 women’s basketball season where the Lady Cats made it to the national semifinals, now called the “Fab Four” by the NAIA, defeating Georgia Southwestern 85-78 in the consolation game to finish that tournament in third place. That was one of five trips to the NAIA National Championship Tournament by the women’s basketball team from 1985 through 1999, the season before the Wildcats moved to NCAA Division III. The men’s basketball team qualified twice for the NAIA National Championship Tournament, in 1979 and 1990.

“I fully embrace the opportunity to move to the NAIA. This will allow all of our athletic programs a fresh start, a chance to rekindle some old rivalries that have sat simmering in the background for the past two decades, and an opportunity to create some new ones with some familiar adversaries,” Mason said. “This move will also allow us to create a stronger footprint in our state.”

If accepted into the SSAC, LC would restart old rivalries with former GCAC foes Loyola University New Orleans, University of Mobile, and William Carey University, who also belong to the SSAC. The Wildcats’ joining the SSAC would not make LSU Alexandria a conference foe, but moving to the NAIA would mean a chance for the two teams to compete against each other more often on more even terms — one being the ability to offer athletic scholarships upon completion of the move.

Brewer offered that competing against LSUA “will enhance support for both institutions from our CENLA neighbors.”

Should LC join the SAC for football and SSAC for all remaining sports, it would allow the school to spread its brand from the desert southwest of Arizona through the plains of Oklahoma to Georgia and Florida through conference competition, school officials noted. Despite the move, LC will retain the status of having the only non-Division I college football program in the state of Louisiana.

Two reasons cited by LC adminstrators about what makes the NAIA feel like a good fit are the national organization’s Champions of Character initiative (with its five core values of integrity, respect, responsibility, sportsmanship, and servant leadership) and the number of faith-based institutions that are members.

“This transition reinforces the significant role of institutional ‘fit’ and alignment in terms of the NAIA’s values for Champions of Character, competition against majority faith-based peer institutions, and a level playing field regarding resources and facilities,” Brewer stated.

Should the NAIA, SSAC, and SAC approve Louisiana College’s applications, the school anticipates starting play in the NAIA and those conferences at the start of the 2021-22 academic year.

By John Hebert, Louisiana Baptist missions and ministry team leader ALEXANDRIA, La. - “By faith Abraham, when he was called, obeyed by going out to a place which he was to receive for an inheritance; and he went out, not knowing where he was going.” (Hebrews 11:8) This verse describes the exercise of faith … END_OF_DOCUMENT_TOKEN_TO_BE_REPLACED