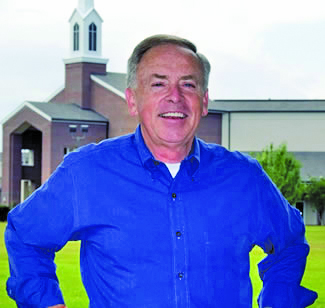 We live in a day in which many people question the Bible.

Actually, we live in a day in which people question everything. I well remember Neil Armstrong’s famous words when he stepped foot on the moon: “one small step for man; one huge step for mankind.”

Many people who saw that on television still refuse to believe that Neil Armstrong ever traveled to the moon.

We shouldn’t be surprised that people ask questions about the reality of Christmas.

I believe in the message of Christmas. Here’s why:

It really does. It’s a book in a real setting in both geography and history. The events of the Bible reflect the times in which they occurred.

These are not stories which sound like fairy tales, they sound like real people. Joseph acted exactly the way a real man would react. At first, he believed the worst about the woman to whom he was betrothed in marriage. Only God’s intervention convinced him to take Mary as his wife.

We know that Herod the King’s reaction fits everything we know about him from Roman history. He killed his own wife and sons because of his paranoid belief that they were trying to take his throne.

What he did in killing the children of Bethlehem fits everything we know about him from Roman history.

An objective look at the message of Christmas shows events which fit what we know about truthful statements.

But my belief in Christmas goes much deeper.

Second, I believe the message of Christmas because of the testimony of the Holy Spirit in my life. God dwells within me. He is real. He makes that clear on a daily basis.

One day, I will be with Him forever. I know that to be true because of the “down payment” God has made by giving His Holy Spirit in my life.

Third, I believe the message of Christmas because of the change in me and other people around me. We don’t get better naturally. We change because something causes us to change.

Any good in my life comes because I trusted Jesus Christ, who came to earth at that first Christmas.

But Christmas is not the end of the story. Because of the joy set before Him, Jesus endured the cross for you and me. He took our place so that we could become the children of God (Hebrews 12:2).

More than anything, I believe the message of Christmas because Jesus is real today in my life.

I hope that He will be real in your life as well.

By John Hebert, Louisiana Baptist missions and ministry team leader ALEXANDRIA, LA. (LBM)--Do you know what Winston Churchill, Bill Gates, Walt Disney, and Colonel Sanders have in common? It has nothing to do with their fame or notoriety, I would suggest. Instead, it is the trait that I contend was the cause of … END_OF_DOCUMENT_TOKEN_TO_BE_REPLACED