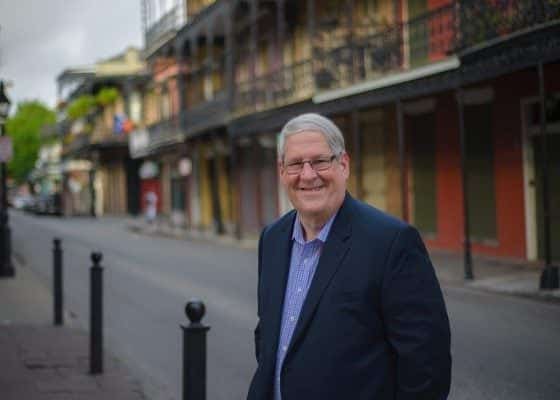 Rhonda and I met on our first Sunday at Baylor University. We began dating during that freshman year, became an exclusive couple our sophomore year, publicly committed to a serious relationship in our junior year, became engaged in our senior year, and were married in June after graduation. We stayed in college one more year for Rhonda to earn a Master’s degree to qualify for the work she expected to do, while I continued studying philosophy and working in collegiate ministry on our campus. It was in the middle of the summer, forty-five years ago this week, when we faced our first spiritual milestone as husband and wife. The issue was where to go to seminary, our first major life decision we had to make as husband and wife.

Rhonda and I began the process in the ordinary way. We prayed about it regularly. We explored the options and talked through them. Fortunately, we both agreed on what appeared to be God’s clear, obvious choice. We would go to Fort Worth, TX to attend Southwestern Seminary. My calling was evangelism, and Southwestern had the most famous evangelism professor in SBC history and a great academic program in evangelism. I was already preaching all over Texas in revivals, conferences, and youth camps. All of our married friends in ministry were going to Southwestern. We knew we would face some tough decisions as life unfolded, but we were glad our first big decision was so obvious and clear. The icing on the cake came when in late June Rhonda got her dream job in Fort Worth, the kind of job for which she worked so hard to qualify, with a starting date of August 1. Perfect!

The last requirement for Rhonda’s Master’s degree was attendance at an all-day conference in Dallas. We decided to use that day for me to take one last step to confirm our decision with God. After she left for Dallas, I went to Lake Waco with my Bible and journal to spend the day in fasting and prayer to confirm this first big decision of our marriage and to prepare my heart for a major transition. My time with the Lord began with joyful, grateful certainty that He had given us such a clear path. And then things began to change. The more I prayed, the less confident I was about this “obvious” decision. My mind turned more and more toward New Orleans Baptist Theological Seminary. This change in direction was a very shocking experience! The reasons to rule out NOBTS were legion.

I had never preached east of Texas. I wouldn’t be called on to lead in silent prayer in the New Orleans area. Neither one of us had job options. We would have no married friends our age. Southwestern had a great evangelism professor and a complete evangelism program. NOBTS had no evangelism professor and only one evangelism course in the entire curriculum. There was no Mexican food, no chicken fried steak with cream gravy, and horrors of horrors, no Blue Bell ice cream. Drinking, partying, and the famous excesses of Mardi Gras revealed the culture was non-Baptist on a monumental scale. We were ready to go at Southwestern, but had taken no steps to enroll at New Orleans, with classes just weeks away from beginning. To top it all off, I would be faced with exchanging the Super Bowl-winning Dallas Cowboys for the New Orleans Saints, who at that time were the laughing stock of the NFL. There was nothing to commend NOBTS as an appropriate choice for our seminary education. Even Rhonda, who had grown up in New Orleans, was thrilled about going to Southwestern for seminary. I planned this day of prayer to confirm our decision, not to change it.

As my certainty about Southwestern continued to fade, I began arguing with God about why New Orleans would not, could not be the right choice for us. My calling was evangelism, and there was no evangelism program of any sort. How could God not see this problem? God did not argue with me. He never argues. He just made it clearer and clearer that He wanted us in New Orleans. He wanted us to complete my preparation for evangelism, not in seminary classrooms, but in the neighborhoods and on the streets of a city in desperate need of the Gospel. He viewed my greatest need as an actual immersion in the Great Commission. He reminded me that I had spent all of my life in a culture dominated by Baptists. He wanted me to live in the midst of people who were well and truly lost, so lost they did not even think in terms of a personal relationship with God. He wanted me to live against the cultural tide, to learn to love people the way He loved: not because of likeness and things in common, but because of their spiritual need. By the end of that day, I knew as surely as I knew my name that God wanted us to go to New Orleans for seminary. To not go to New Orleans would be a choice to disobey Him.

This change of heart created a big problem. How could I tell Rhonda, who had already accepted her dream job in Fort Worth and told her network of ministry wife friends that we would be joining them there? When she returned home from her conference, she immediately asked, “So, where are we going to seminary?” I apologized for disappointing her, but told her I became convinced during my day of prayer that God wanted us to go to New Orleans. “Thank goodness!” she quickly said as she hugged me. “I have been praying all day too, and I knew as I was driving home that God wanted us in New Orleans. I was worried about how to tell you that because I knew you were so excited about Fort Worth.”

We were a husband and wife facing a major life decision, and God spoke to each of us. We went in obedience to New Orleans, and the rest is history. God knew His plans for us. To this day there is no better school on earth for immersion in the Great Commission than New Orleans Baptist Theological Seminary.

Here is the lesson we learned in the first milestone of our journey with God together. When you ask God for His opinion about your life, you will discover that He has one. Trust Him, however odd or difficult or unrealistic His opinion may seem. The logical place for us to go to seminary was not the right place. We discovered that the decision we were making was not about where to go to seminary. The real decision was whether or not we would trust the Lord in the living of our life together. We sought God’s will in the first major decision of our married life, and we have continued seeking His will to this day. To my surprise, after we made the move, I fell in love with New Orleans, and forty-five years later, I still cherish it deeply.

“Trust in the Lord with all your heart, and lean not on your own understanding. In all your ways acknowledge Him, and He shall direct your paths.” Proverbs 3:5-6 (NKJV)

By Lane Corley MADISONVILLE, La. - In Luke 15, Jesus gives us a glimpse of the Father’s heart for the lost. 1. Those far from God liked Jesus and he liked them (verse 1). Is that true of me? When was the last time someone far from God approached me? Am I available to them? Building relationships with … END_OF_DOCUMENT_TOKEN_TO_BE_REPLACED