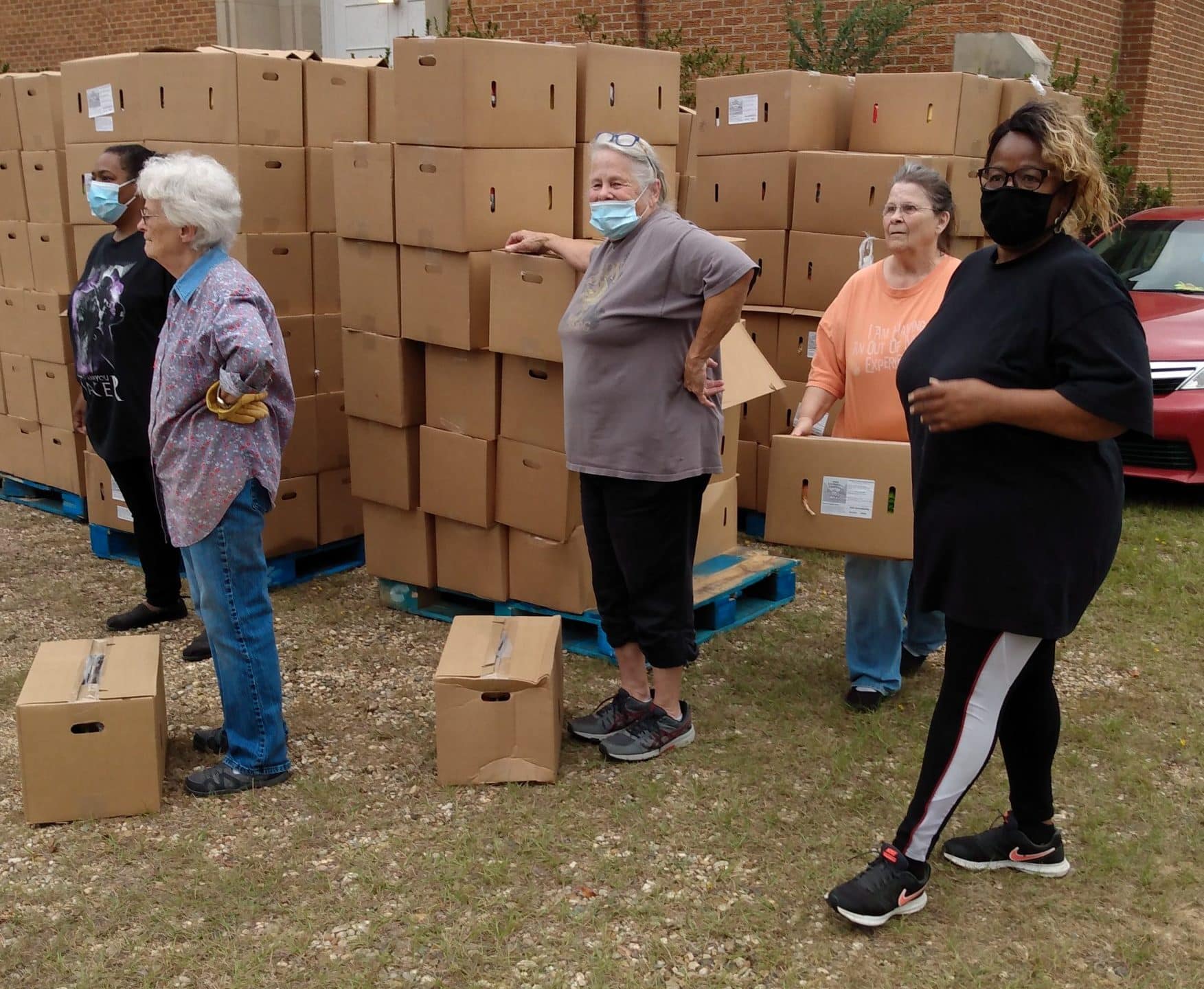 COTTON VALLEY, La. (LBM) – The 10 active members of Cornerstone Baptist Church were finalizing plans to close in late 2019, meeting with Webster-Claiborne Baptist Association Director of Missions Randy Hales to share their desire that the property would continue to be used for ministry after they disbanded.

For several months the association, which was given ownership of the campus, resisted offers to sell the facility, believing God would provide a church to continue ministry efforts at the former Cornerstone Baptist site. Then in July, Unity Baptist Church in Cotton Valley approached Hales with the idea of using the assets as a community ministry hub. Two months later, the location was brought back to life.

Since Unity Baptist launched the ministry center in September, they have hosted a prayer gathering, organized two food distribution events and invited an African-American congregation, formerly affiliated with the Methodist Church, to meet in the facility every Sunday.

Gene Gibson, pastor of Unity Baptist, said the community of 1,000 has embraced the effort.

“The community absolutely loves this,” he said. “They have stopped by the church office to ask when the next food distribution will take place, but not because they are only wanting to be on the receiving end. They want to get involved whether by handing out food or giving money to this ministry. They are getting involved financially and with their time.”

Hales said the former Cornerstone Baptist congregation is akin to the early New Testament congregations, who thrived in their early days, but, over time, disbanded.

“All of us in reality are grandchildren of those parent congregations,” Hales said. “Congregations sometimes are like human lives. We have your youth period, we enter into an aged period and then we die as the community changes. While Cornerstone Baptist Church no longer occupies the property, their legacy lives on through another sister church in the same community.”

Gibson said prayer has been a catalyst for the success of the ministry center.

For more than a year, the Cornerstone Baptist congregation had prayed God would lead them to become a hub for community ministry. After several potential deals for the property fell through, God provided the new purpose for Cornerstone Baptist’s facility.

The first event held at the repurposed facility was a Sept. 26 simulcast of the Return, a global prayer event held on the National Mall. More than 65 people from the community gathered inside, joining 3.8 million from 57 countries for the Internet broadcast.

“A little bit at a time people are beginning to realize we can all work together, no matter your race, age or where you are from,” Gibson said. “When we came together and prayed together I think that opened the door for things we haven’t seen yet take place out of this community ministry center, for His glory.”

By Stewart Holloway PINEVILLE, La. - I’ve heard people say, “If that doesn’t light your fire, your wood is wet.” I would say that about yesterday. It’s been a while since I had a 15 1/2 hour Sunday and was so jazzed when I got home that it was hard to come down. But yesterday was that. First, we had baptisms … END_OF_DOCUMENT_TOKEN_TO_BE_REPLACED