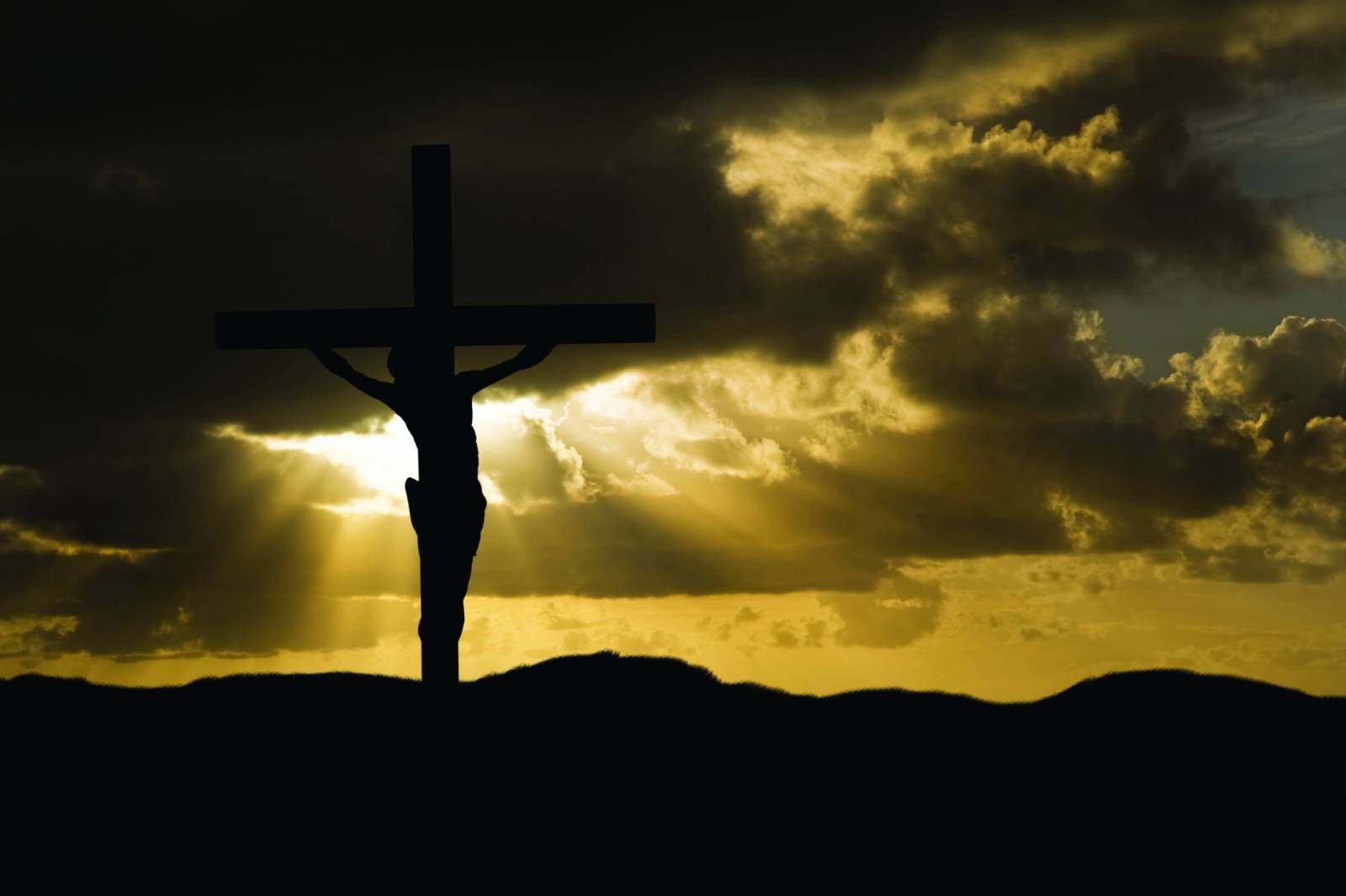 As we celebrate Easter this year, we should remember the resurrection of Jesus Christ provides each of us victory over death.

NEW ORLEANS — Someone has said, “Young may die, old must die, but all will die.”

You don’t have to be a statistical genius to know that one out of every one person on earth dies.

That’s why as we celebrate Easter this year, we should remember that the resurrection of Jesus Christ provides each of us victory over death.

In our celebration of the risen Savior, we are celebrating our victory over death.

In perhaps the most extensive chapter in the entire Bible on the resurrection of Jesus Christ and its impact upon humanity, the apostle Paul proclaims, “The sting of death is sin, and the strength of sin is the law. But thanks be to God, who gives us victory through our Lord Jesus Christ” (1 Cor. 15:56-57).

In my study of the epic chapter on the resurrection of Jesus, I counted the word “death” appearing twenty-five times. In highlighting every mention of death in the chapter, I was reminded of my own mortality and a story that I read about two teenagers who were discussing death.

One commented, “Wouldn’t it be neat to know the time and the place that you are going to die?” But the other responded with a bewildered look, “What good would it do?”

The first teen’s response? “I wouldn’t show up!”

Unfortunately, all of us have an appointment with death, something that is inevitable for us all “as it is appointed for men to die once, but after this the judgment” (Heb. 9:17).

In my tenure as pastor for the past twenty years and a seminary professor for the past eight years, I have been asked multiple times about the origin of death, and each time I am drawn to Paul’s rhetorical question in 1 Cor. 15:55, based on the metaphor of a sting.

“O Death, where is your sting?” he asks.

He is making use of man’s experience with the small sharp-pointed organ at the end of the abdomen of bees, wasps, ants, and scorpions, each capable of inflicting a painful or dangerous wound by injecting poison.

Why does death sting us all?

In the Garden of Eden, God asked Adam and Eve not to partake of the tree of knowledge of good and evil that was in the midst of the garden, warning them, “in the day that you eat of it you shall surely die,” Gen. 2:17). The moment Adam and Eve disobeyed, sin and death entered the world inflicting a sting on all subsequent generations.

Jesus Christ, God’s Son, the Second Person of the Triune God, is the one and only person who can provide victory over death, and, the good news of Easter is that God sent His son to die in our place.

In His crucifixion and resurrection, Jesus defeated death, and as one noted commentator pointed out, “In Christ’s victory over death, death’s sting is removed: it is declawed, defanged, and disarmed!”

When I was growing up, my family owned a bee farm. Along with my three siblings, I would spend every summer working there and I remember the very first time I was stung by a bee – I was 6 years old.

To my parents’ dismay, we learned I was allergic to bee stings and my parents had to take me to an emergency room to get treatment.

After returning from the hospital, I recall distinctly the next time I saw a bee flying toward me. I began to panic, and my heart was filled with fear and anxiety. It may have been a little bee, but it looked like a giant monster!

At the moment I was about to pass out, my father placed his arm around me and showed me the stinger he had pulled from the bee I thought was a threat to me. Without my knowledge, my father was stung by that bee a few moments earlier.

He said, “Son, once a sting is removed that bee can’t hurt you anymore!” 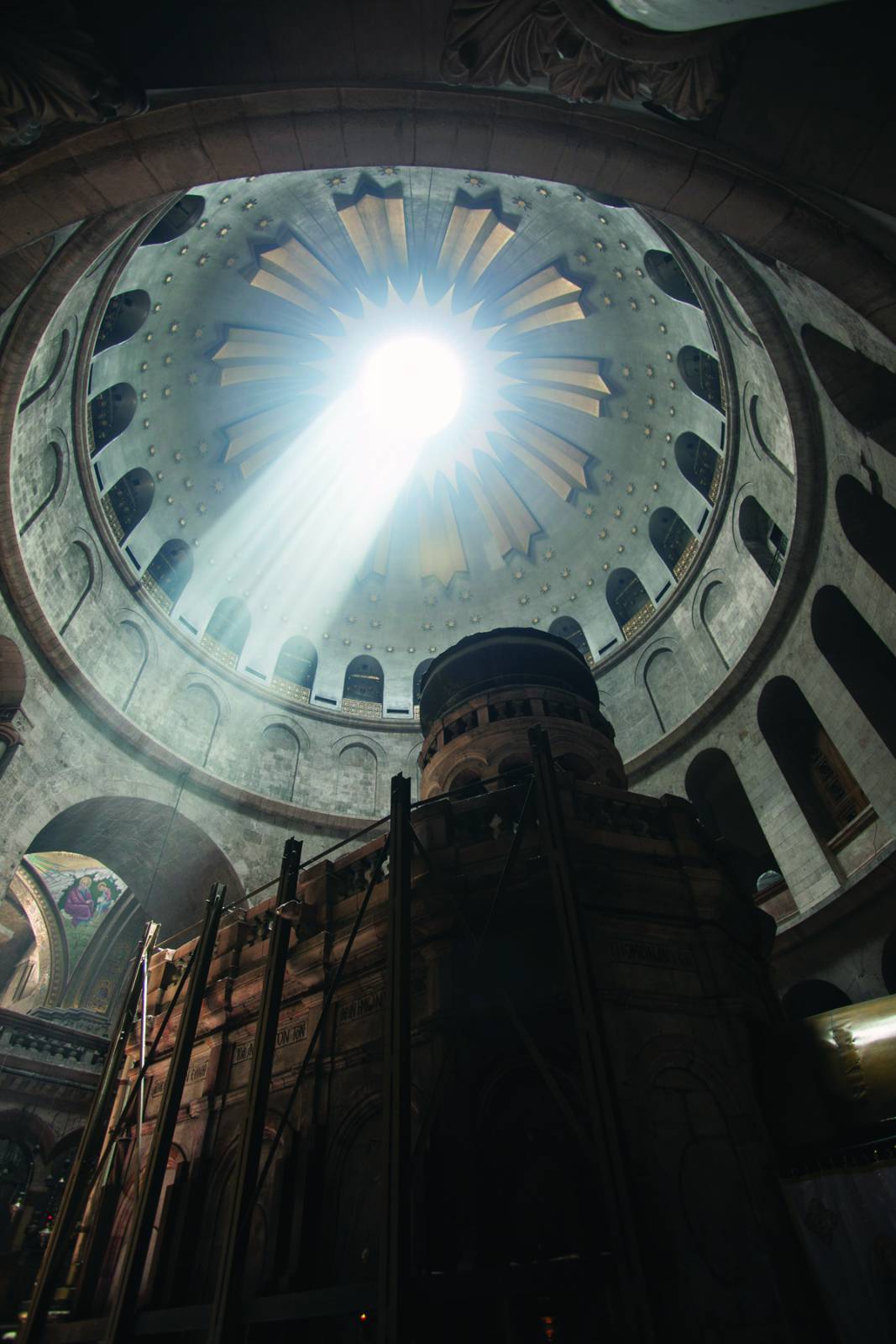 Light spills through the rotunda of the Church of the Holy Sepulchre in Jerusalem onto the edicule, which many believe covers the empty tomb of Jesus. Photo by Gary D. Myers

That is what God in Christ Jesus has done for us! He took the sting of death upon Himself rendering death harmless.

Still, although death may have been defeated and rendered harmless, it is not destroyed yet.

Praise be to God, though, one day death will be totally destroyed.

Dr. Jake Roudkovski is Associate Professor of Evangelism and Pastoral Leadership, occupying the Max and Bonnie Thornhill Chair of Evangelism, and Director of the Doctor of Ministry Program at New Orleans Baptist Theological Seminary.

By Lane Corley Olive trees produce one of the most desired and sought after fruits around the world. The trees can live for thousands of years. The olive and the olive tree is spoke of in the Bible on numerous occasions. Including a few references to family life, like in Psalms 128:3 – “Your children will be … END_OF_DOCUMENT_TOKEN_TO_BE_REPLACED