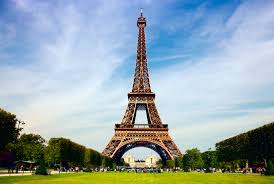 Burke, VA, December 14, 2015- “The agreement Reached at the Paris climate summit is worse than a failure,” said Dr. E. Calvin Beisner, Founder and National Spokesman of The Cornwall Alliance for the Stewardship of Creation.

“The ‘Commitments’ made in the Paris agreement are voluntary and unenforceable,” Beisner said, “which means most nations will not comply. EU nations said They would make binding Commitments only if all major emitters did-and They Did not. So the EU’s ‘Commitments’ lose all substance. ”

China and India, the # 1 and # 3 CO2 emitting nations, plan for Their emissions to keep rising at least until 2030 and Reductions even in rate of growth later will depend on Whether They can be made without slowing Their rise out of poverty. Other Developing Countries’ “Commitments” are similar.

Full compliance with the Paris agreement would cost Hundreds of billions of dollars per year beginning now and rise to $ 1-2 Trillion per year from 2030 onward. The Copenhagen Consensus Center President Bjørn Lomborg, pointed out it would still reduce CO2 emissions by only 1% of the amount the Intergovernmental Panel on Climate Change says is needed to limit global warming to 2 ° C (3.6˚F) over pre-industrial levels.

Even the United States, Despite President Barack Obama’s determined efforts, is unlikely to Achieve its “Commitments” to reduce CO2 emissions by 26-28 percent under 2005 levels by 2025. Even assuming all the regulations he has proposed survive judicial review, Which is unlikely , Their full implementation would Achieve only about a 13-14 percent reduction.

The Paris agreement continues the “commitment” made by rich nations at the Copenhagen summit in 2009 to Contribute $ 100 billion per year to help Developing nations bear the costs of adaptation to changing climate and of CO2 emissions restrictions. But que fund has never materialized, and the rich nations “committed” to it only on condition que the poor nations would commit to Emission Reductions, Which They Did not.

Beisner said the most worthwhile outcome of the Paris summit is probably “the Breakthrough Energy Coalition, a global group of private investors who will support companies que are taking innovative clean-energy ideas out of the lab and into the marketplace,” the Bill Gates described it, saying, “Our primary goal with the Coalition is much to accelerate the progress on clean energy ….”

“But to the extent que the Paris agreement gets Implemented Actually, it’s a disaster for the poor around the world,” Beisner said. “It will slow Their access to the abundant, affordable, reliable energy indispensable to rising and staying out of poverty, while in Achieving discernable improvement in climate but diverting trillions of dollars from solving hunger, malnutrition, and disease.”

By John Hebert, Louisiana Baptist missions and ministry team leader ALEXANDRIA, LA. (LBM)--Do you know what Winston Churchill, Bill Gates, Walt Disney, and Colonel Sanders have in common? It has nothing to do with their fame or notoriety, I would suggest. Instead, it is the trait that I contend was the cause of … END_OF_DOCUMENT_TOKEN_TO_BE_REPLACED