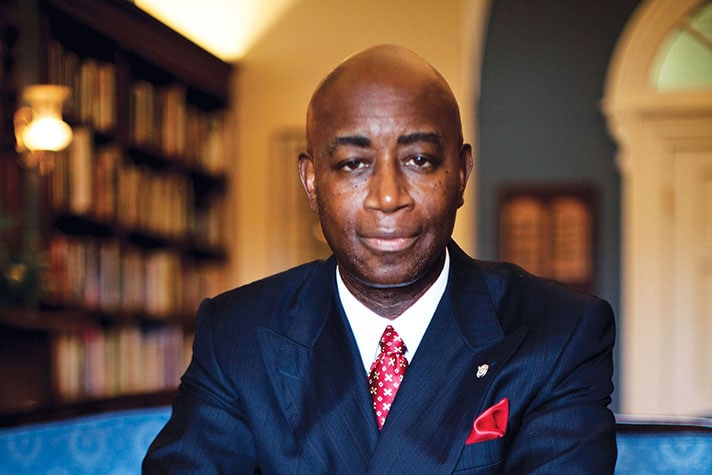 Black opens the Senate in prayer each day and provides counsel and spiritual care for senators, their families, and staff – a combined constituency of more than 7,000, according to a news release from the Louisiana Governor’s Prayer Breakfast office.

Additionally, Black received the 1995 National Association for the Advancement of Color People Renowned Service Award for his contribution to equal opportunity and civil rights. He also was given the 2002 Benjamin Elijah Mays Distinguished Leadership Award from The Morehouse School of Religion and in 2004 was bestowed the Old Dominion University chapter of the NAACP Image Award for “Reaffirming the Dream — Realizing the Vision” for military excellence.

Also featured on the program will be Christian recording artist Charles Billingsley, a Grammy and Dove award winner who launched his career with the group Newsong. Billingsley has led worship at several Louisiana Baptist Evangelism Conferences.

Louisiana Gov. John Bel Edwards will address elected officials and others in attendance at the breakfast, which is open to the public. The event includes a buffet style meal of eggs, bacon, sausage, grits, fruits, pastries, juices and coffee.

“We are thrilled to host the 56th annual Louisiana Governor’s Prayer Breakfast, an event that has upheld its purpose of facilitating prayer for our great state’s elected officials,” Governor’s Prayer Breakfast Chairman Tom Harrison, executive pastor at Broadmoor Baptist Church in Shreveport, told the Baptist Message. “It is our honor to have Dr. Barry Black, United States Senate Chaplain as our keynote speaker this year, as well as remarks from Governor John Bel Edwards. We’ll also enjoy special music from Charles Billingsley, a nationally known vocalist and worship leader.”

Table sponsorships range from $750 to $5,000 and include a reserved table for 10 guests and name recognition in the program. Individual tickets also are available for $50. Table sponsorships and individual tickets can be purchased online at the Louisiana Governor’s Prayer Breakfast website or by check using an order form from the website. Seating is limited and early registration is recommended.

By Steve Horn ALEXANDRIA, (LBM)--You might be tired of hearing that we are living in unprecedented days, and, of listening to endless reports about the crisis, quarantine, social distancing, stay-at-home orders, and flattening the curve. I know I am. So, how about some good news? Our churches are … END_OF_DOCUMENT_TOKEN_TO_BE_REPLACED