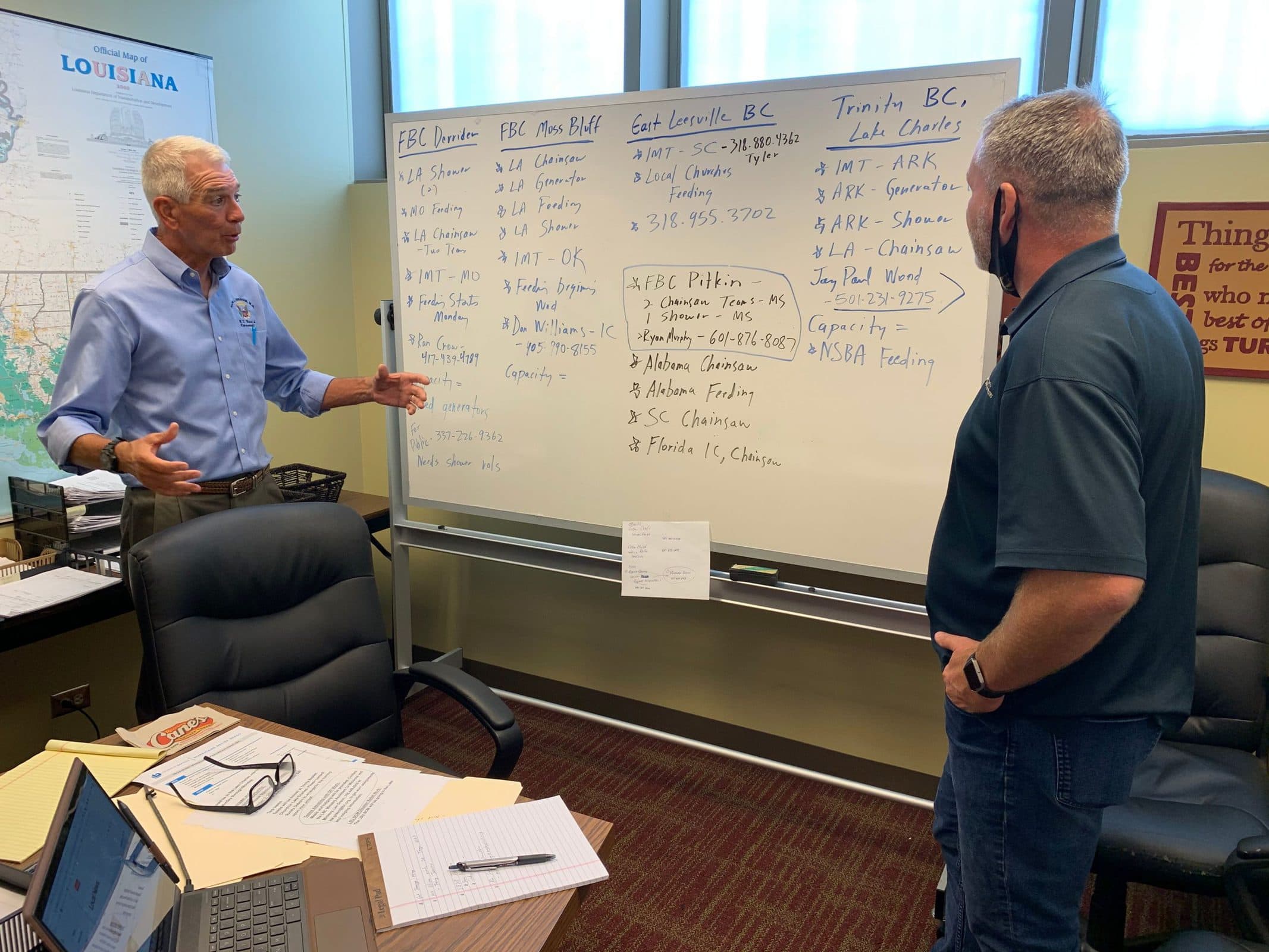 Congressman Ralph Abraham talked with Lane Corley, Incident Commander with Louisiana Baptist Disaster Relief, about the statewide response of Baptist teams from around the nation.

ALEXANDRIA, La. (LBM) – Congressman Ralph Abraham made a surprise visit on his tour of Louisiana to assess damage and the many corresponding relief efforts, stopping in Alexandria to encourage volunteers at the Louisiana Baptist Disaster Relief Command Center. 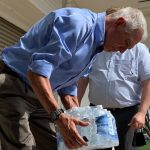 Congressman Ralph Abraham helped unload cases of water at the Louisiana Baptist Building loading ramp for distribution to anyone in need.

Abraham, a member of Alto Baptist Church, dropped off donations of bottled water, and took a look at the operations hub. But he spent most of his time encouraging the disaster relief workers who provide support to volunteer field teams by taking calls for help, ordering food, water and ice for distribution, and, coordinating the overall efforts of the multi-state response of Baptists.

“I want to thank you for all you’re doing for Louisiana,” Abraham told the group. “Everyone sees the teams in the field serving meals and clearing trees, but few know about the behind-the-scenes support like this that run such a large operation across the state.

“Keep the faith. God is working through you,” he added.

Congressman Abraham spoke to the team and then met with individual workers at the Louisiana Baptist Disaster Relief Command Center.

Aid is provided to anyone in need without strings attached, but volunteer teams look for opportunities to pray for and share the Gospel with those who are open to spiritual conversations.

Southern Baptist Disaster Relief, of which Louisiana Baptist Disaster Relief is a partner, is the third largest disaster response organization in the nation, eclipsed only by the Red Cross and Salvation Army, but trained Baptist volunteers often are the majority of workers at the emergency centers of the other two.

By Bill Britt HAUGHTON, La.  – Of all people, the Apostle Paul could have legitimately complained about the circumstances that he endured throughout his life. When we look back to the beginning of Paul’s journey as a believer, we see that he received a message from the Lord that illuminated the path he was … END_OF_DOCUMENT_TOKEN_TO_BE_REPLACED