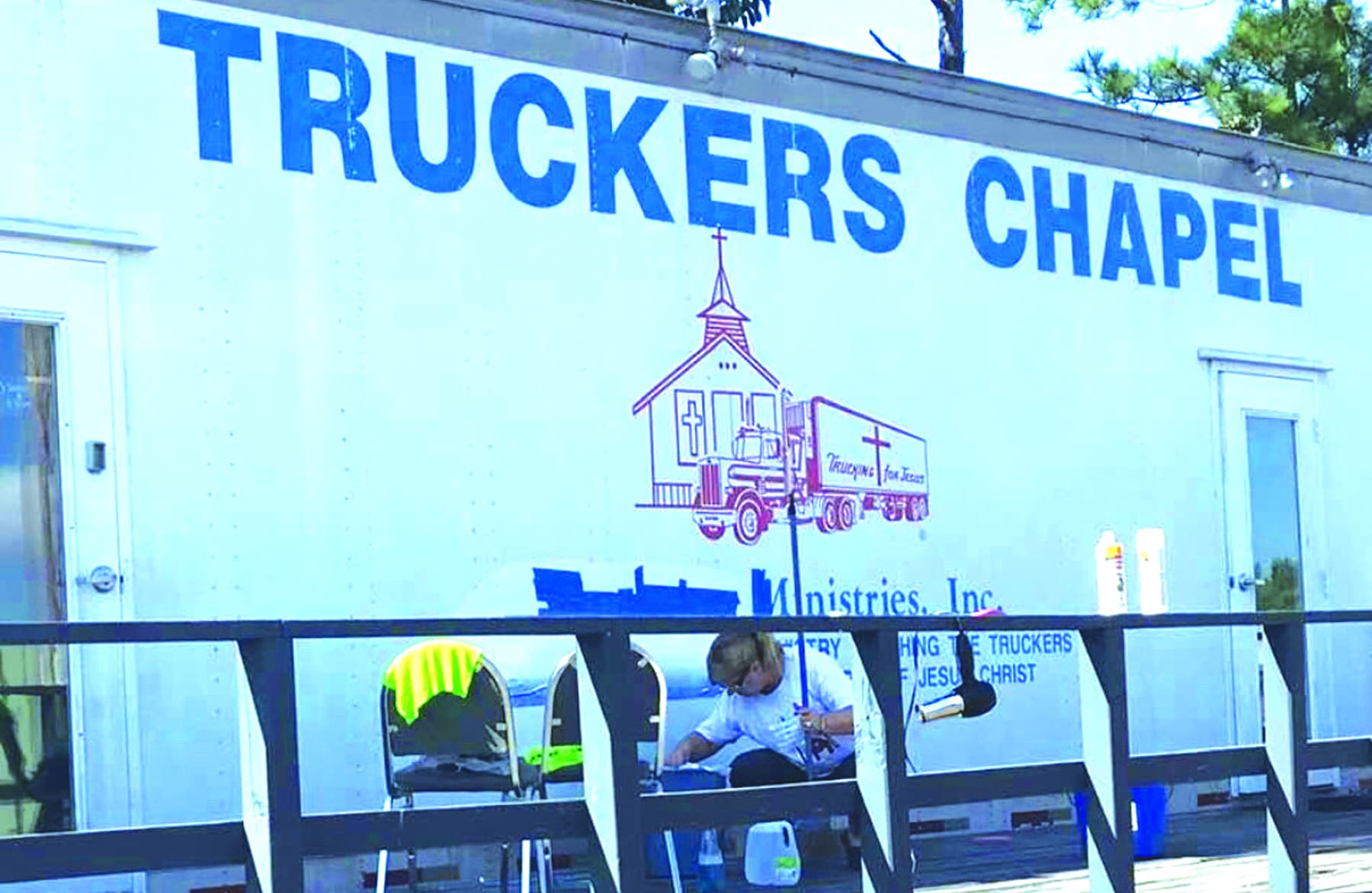 ANACOCO, La. (LBM)—In the past Bill Blackmon drove his big rig cross-country in pursuit of big hauls and big bucks. But since 1993, after repenting for salvation at Good Hope Baptist Church in Anacoco, he has been driven by the desire to share Jesus among truckers, treating them as a unique people group who need to hear the hope of the Gospel.

“I didn’t go to church growing up and the trucker lifestyle was really all I knew,” Blackmon said “The last thing I was thinking about was where I would spend eternity. But when I found Jesus, my purpose changed from hanging out at the bars, during my off time, to spending time with others to share with them the Good News of Jesus.

“Truckstop Ministries has given me another tool to share the hope that is found in Jesus with so many people whom I share a common bond with across our country,” he added.

Since 2017, Blackmon has served as a chaplain with Truckstop Ministries and has seen hundreds saved at nearly 80 truck stop chapels in 29 states. He is among 600 volunteer chaplains and “missionary” truckers who have a presence at the ministry’s designated truck stop chapel buildings.

According to the group’s website, the Jackson, Georgia-based Truckstop Ministries was founded in 1981 by Joe and Jan Hunter and is directed by an executive board of “born-again” Christians, led by the Holy Spirit and dedicated to fulfilling a God-given vision. The ministry’s main focus is operating chapels but also offers a 24-hour trucker prayer hotline that is manned by staff and volunteers. 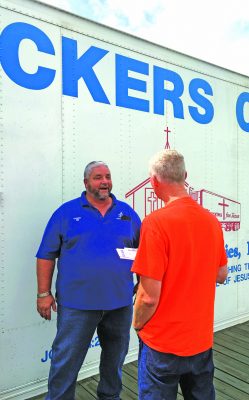 Bill Blackmon has seen hundreds of truckers saved since he became a chaplain with Truckstop Ministries. He is a member of the First Baptist Church in Anacoco. Submitted photo

“The mission field is huge,” said Blackmon, a member of the First Baptist Church in Anacoco. “It’s like another people group. Most people who work are not like truck drivers who are gone three to four weeks at a time. When troubling things happen back at home and they are on the road without a way to physically be at their town, talking to the chaplains is helpful.

“One time I had a great conversation with a trucker who opened up to me outside one of our chapels about everything that was happening in his life,” he said.

“He was a Christian already but just needed another believer to talk with and pray with as he was trying to live for Jesus on the road. It’s amazing how people tell you their life story and they don’t even know you,” he said. “Because you are the chaplain they unload and tell you their struggles and concerns. Stories like that one give me encouragement about how valuable our ministry is to so many truckers.”

Blackmon, who also is a vocational evangelist with the Louisiana Conference of Southern Baptist Evangelists, said even with a force of 600 volunteers and a few paid staff members, many more people are needed to partner with the ministry as it strives to carry out its mission of encouraging thousands of truckers.

“We’ve seen lives changed, from the drivers who get saved and put their marriages back together to the lesbian lady who is led to Christ and then walks away from that lifestyle,” he said. “It’s the power of the Gospel that does the work but the chaplain is a vessel for the Gospel to work through.  Sometimes it’s a Christian driver that just needs to know someone cares and someone to talk to other than a dispatcher. “Most of all, we do what we do because Jesus first loved us,” Blackmon said. “We share the love of Christ and will continue to do so as representatives of Him through Truckstop Ministries.”

By Joe McKeever Freely you have received; freely give. (Matthew 10:8) JACKSON, Miss. (BP) -- Dr. Watson was complimenting Sherlock Holmes on a brilliant observation no one else had noticed. "Of course," Holmes remarked. "It's what I do." Forgiveness and grace -- that's what we believers do. Here is … END_OF_DOCUMENT_TOKEN_TO_BE_REPLACED