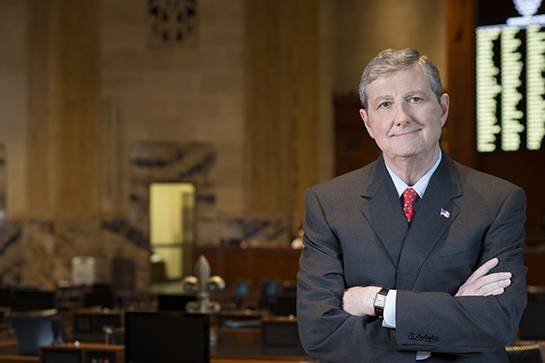 “Sen. Brown has been arrested not once, but twice, on domestic violence charges. He bit his wife and hit another woman referred to as his ‘side friend’ in the face,” said Treasurer Kennedy. “Violence against women is completely unacceptable for anyone, much less an elected official. The state spends tens of millions of dollars a year to prevent domestic violence. Senator Brown should immediately resign.”

By Stewart Holloway PINEVILLE, La. (LBM) - For over two months now, my oldest son, my mom, and I have spent most Friday mornings at my mom’s clearing overgrown brush. What was planted as a fruit orchard in an open pasture almost thirty years ago has grown into a wilderness of every kind of vine and tree … END_OF_DOCUMENT_TOKEN_TO_BE_REPLACED