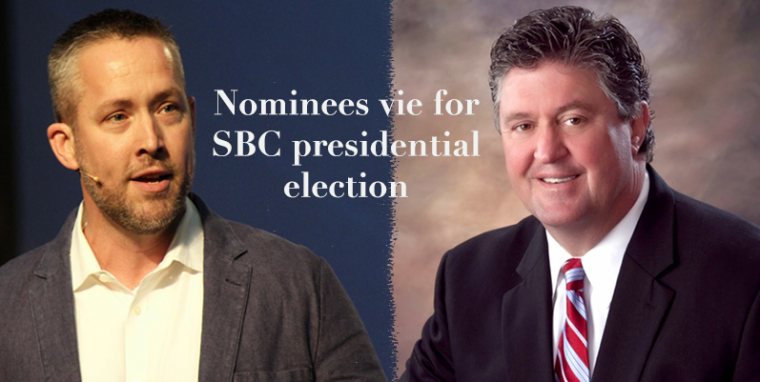 ST. LOUIS (Christian Examiner) – A week after a Florida pastor announced 42-year-old J.D. Greear would be nominated as president of the Southern Baptist Convention, Johnny Hunt, a former SBC president, announced he would nominate Steve Gaines, 59, pastor of the Memphis-area Bellevue Baptist Church, to the post during the denomination’s June meeting.

The second nomination earlier this month for the position marks the first time in six years — since the election of Marietta, Georgia Pastor Bryant Wright in Orlando in 2010 — there has been at least three nominees. Baptist Press announced March 24 that New Orleans pastor David Crosby would be nominated for president by former SBC president Fred Luter.

By Joe McKeever Freely you have received; freely give. (Matthew 10:8) JACKSON, Miss. (BP) -- Dr. Watson was complimenting Sherlock Holmes on a brilliant observation no one else had noticed. "Of course," Holmes remarked. "It's what I do." Forgiveness and grace -- that's what we believers do. Here is … END_OF_DOCUMENT_TOKEN_TO_BE_REPLACED