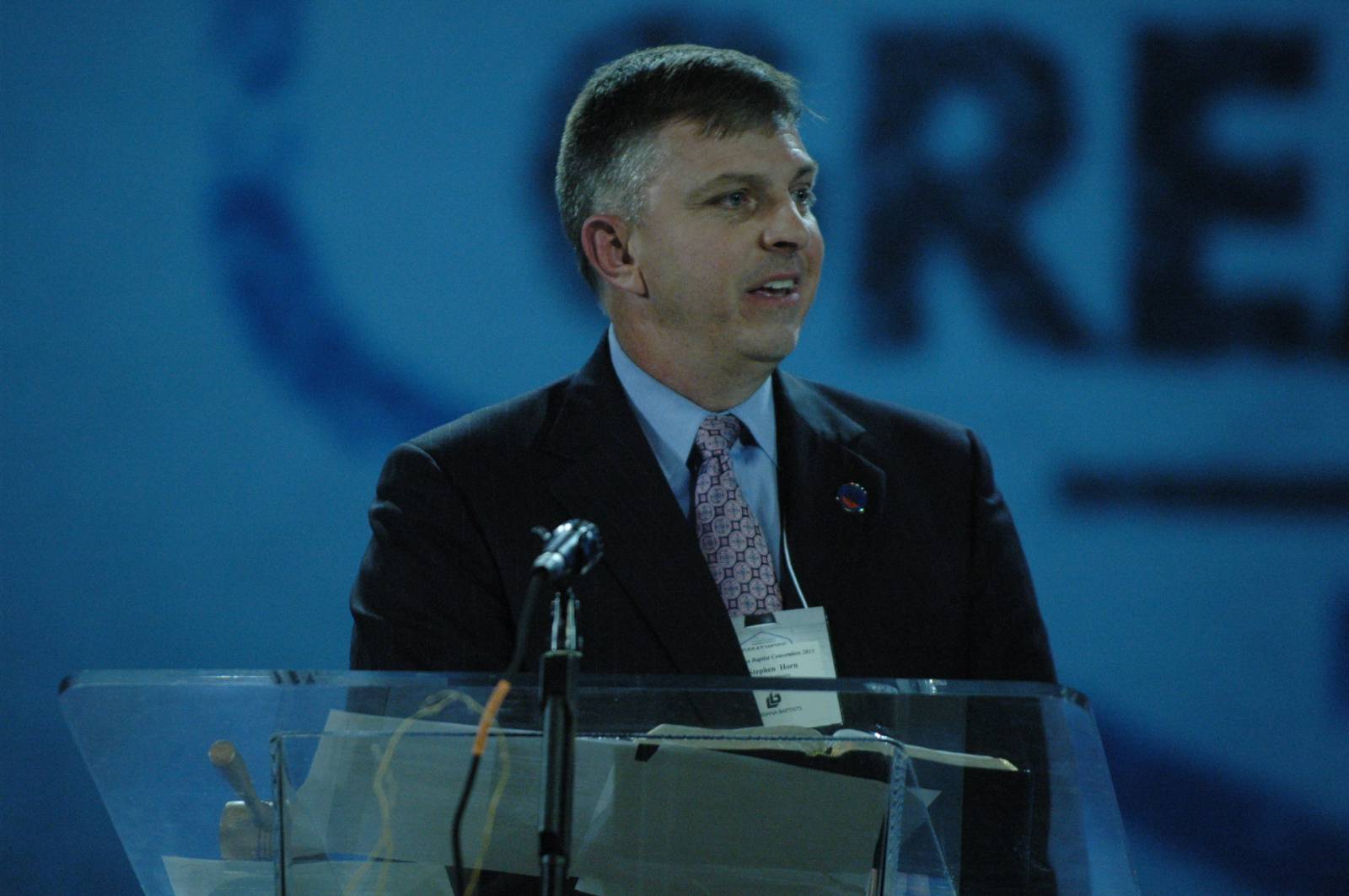 BOSSIER CITY – The biblical character Nehemiah can tell believers a lot about victory.

Burdened that the walls of Jerusalem had been torn down and burned with fire, restoring them despite obstacles he faced along the way became his life mission.

And those same problems Israel encountered help Louisiana Baptists see what will keep them from fulfilling the Pledge – a pastor-driven initiative designed to increase Cooperative Program giving – Louisiana Baptist Convention Steve Horn told messengers during the opening night of the LBC Annual Meeting.

“As Nehemiah, we have a great work for a great God,” said Horn, pastor of First Baptist Church Lafayette. “When there is a great God and great work, there will usually be great obstacles.”

In Nehemiah’s story, Horn said there are five obstacles that will keep Louisiana Baptists from obtaining victory. They are disobedience, disunity, discouragement, personal distractions and doubt.

At the end of Horn’s message, messengers had the opportunity to come forward and lay down on the altar decision cards they filled out regarding the Pledge.

In addition to a report on the Pledge, the first session of the LBC Annual Meeting included reports from Louisiana College, the LBC State Missions and Ministry Team, special music and a Bible study led by Frank Cox, pastor of North Metro Baptist Church in Lawrenceville, Ga.

The Baptist Message will have a complete recap of the LBC Annual Meeting, Pastors Conference and other related activities later at baptistmessage.com and in the next print edition of the Baptist Message.