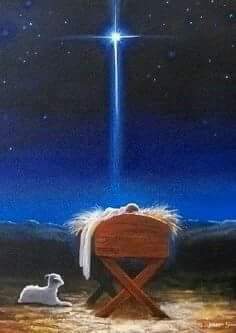 An angel of the Lord appeared to them and the glory of the Lord shone around them and they were terrified . But the angel said to them, Do not be afraid. I bring you good news that will cause great joy for all the people. Today in the town of David a Savior has been born to you; he is the Messiah, the Lord. This will be a sign to you: You will find a baby wrapped in cloths and lying in a manger.” Suddenly a great company of the heavenly host appeared with the angel, praising God and saying, Glory to God in the highest heaven, and on earth peace to those on whom his favor rests.

ALEXANDRIA, La. (LBM) – As my alarm radio sounded on the morning of December 13, 2003, the first thing I heard was, “Though no official word has been given, Prime Minister Tony Blair is now giving his own confirmation that Saddam Hussein has been captured.” Simultaneously my wife and I sat up in bed as if to say without words, “Did you hear that?” No snooze this morning—indeed we had heard correctly what everyone would soon know.

“Have you heard the good news,” I asked the lady who sold me coffee. “Praise Jesus,” she said, “That is good news.” I walked outside the store to see the newspaperman filling his machines. He knew. In fact he was lamenting that Sadaam’s capture did not happen early enough to be in the paper. “You will sell all of your papers tomorrow,” I assured him. My next stop was an early morning prayer group. None of those men knew yet. I had the great pleasure of telling them the good news.

Later that day I thought of the good news the shepherds heard that glorious night in Bethlehem. “Fear not: for, behold I bring you good tidings of great joy, which shall be to all people. For unto you is born this day in the city of David a Saviour, which is Christ the Lord.” And then the shepherds “made known abroad the saying which was told them concerning this child.”

As I thought about the shepherds’ joy, I felt a little bit awkward about my joy. Indeed, Saddam’s capture was good news, but very small in comparison to the good news that a Saviour has been born for all people.

Merry Christmas everyone, and let’s go tell the good news.

By Waylon Bailey One of the most exciting stories in the life of Jesus occurred in his home town of Capernaum. As Jesus taught in what may have been the house of Simon Peter, four men carried their paralytic friend to the rooftop, tore the roof away, and lowered their friend right in front of Jesus. You … END_OF_DOCUMENT_TOKEN_TO_BE_REPLACED