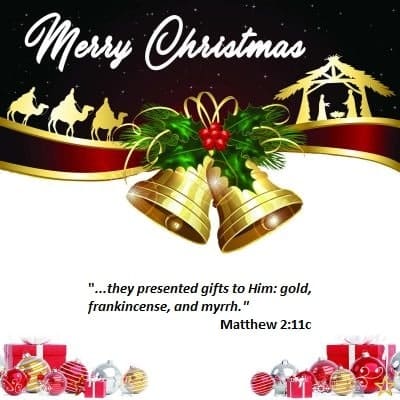 Out of their vast treasures of wealth and wonder, the wise men made deliberate choices in the gifts they brought to worship Jesus.

Gold was coveted as the most precious of metals. It was the standard by which wealth was measured, and so it was a fit tribute to royalty. Gold was meant to signify that this baby, born in a feeding trough to impoverished parents, was the King.

Frankincense is a fragrant milky sap that is harvested from trees that grow mainly in Oman and Yemen in the Middle East. In the Old Testament the hardened sap was used as an incense burned for thanksgiving and praise offerings, and was given to acknowledge Jesus as our High Priest.

Myrrh, a bitter herb, was a bittersweet gift. In the first century, it was a spice wrapped in the layers of linen placed on a dead body in order to externally embalm it. Myrrh was presented to confess the infant as our Savior, whose death and resurrection in a mere three decades would bring “salvation to the ends of the earth.”

Adapted from David Jeremiah’s “A Spirit of Giving.”

By Joe McKeever “‘…your ways are not my ways,’ saith the Lord.”  (Isaiah 55:8) Keep an eye on how the Lord works in your life. You might learn something useful for the next time He wants to use you. This little couplet seems to sum up 90 percent of what Scripture and life teach us concerning the operation … END_OF_DOCUMENT_TOKEN_TO_BE_REPLACED