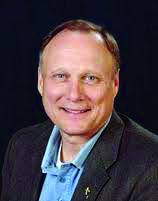 Razor wire now stretches along a 110-mile Hungarian border. The razor wire protects the Christian culture of Hungary from the Muslims, according to Prime Minister Viktor Orban.

Labels like “Christian” or “Muslim” when applied to a nation-state are no longer primarily religious terms. The government and military leaders who use these terms seldom faithfully represent the religious labels they use any more than do their enemies.

That makes little difference, though, to those who have captured the word “Christian” behind their razor-wired geographical territory. Cynical politicians know that the fastest way to whip any group into a frenzy is to say that their religion is being attacked. Leading the charge to protect religious belief is a sure road to popular acclaim.

Thus do we replace Jesus crowned with thorns with Jesus protected by razor wire.

The living Lord Jesus would surely be on the outside of this razor wire, walking among the rejected and the dispossessed, binding up their wounds. He did say, “Come to me, all you who are weary and burdened, and I will give you rest” (Matthew 11:28). If you insist that this idea, enshrined as it is on our Statue of Liberty, cannot apply to national policy, then I insist that the label “Christian” be removed as a descriptor of any nation-state, including our own.

Behaving like a follower of Jesus is both difficult and messy. It demands much of us on every front. Concerning the worldwide crisis of displaced peoples, the truly Christian thing to do is that which is most difficult: treat them as neighbors that you love like you love yourself.

Jesus told the story of a beggar who lay at the gate of a rich man. The rich man would not give him anything, not even the crumbs that fell from his table. Jesus said that rich man ended up in hell.

Beggars are lying at our gates around the world. They look through the razor wire and see food and shelter. The vast majority of them, if invited to the table, would respond with eternal gratitude for the kindness shown, not shoot up the table.

But the speculation about their response is not even the point of Jesus’ tale. The point is this: the rich man had a moral obligation to care for the desperate man at his gate. This obligation was so clear and compelling that his failure to do so resulted in eternal damnation.

We turn the earth toward hell when we refuse to help the desperate one who lies at our gate. We turn it toward heaven when we take the risk of kindness.

The razor-wire solution is more panic of self-preservation than thoughtful Christian conviction. The gate in itself is not the problem. It allows for an orderly ingress and egress into the rich man’s house. The problem with the gate comes when it remains closed to the need that lies beyond it. Such isolationism may seem wise in the short-term. Helping one beggar today may bring two tomorrow. According to Jesus, though, the gate closed to human need ends up as damnable heresy.

The razor-wire solution for protecting Christianity is offensive and absurd. What people truly need from their government is freedom to worship as they see fit, not razor-wired protection from other religions. Any government effort to favor a particular religion inevitably perverts it. Razor wire for Muslims today will be razor wire for Baptists tomorrow.

Eastern Europe has not been a peaceful place for a long time. The problem is not religious or ethnic diversity. The human condition is the problem — the condition that regards anyone from a different family, tribe, creed, or ethnicity with suspicion. The terrorists insist their war is a religious one. World leaders should resist such a characterization of the conflict, popular sentiment notwithstanding. The true religious dimension of this war is the personal and corporate effort to overcome bigotry, selfishness, and fear with understanding and kindness.

Loving neighbors means we see them as the image-bearers of God. Knowing the risks, we treat them with dignity and humanity. We seek to feed them if they are hungry. We get to know them if they are strangers. We refuse to allow our fears to harden our hearts toward them.

This is the way the real religious war is won.