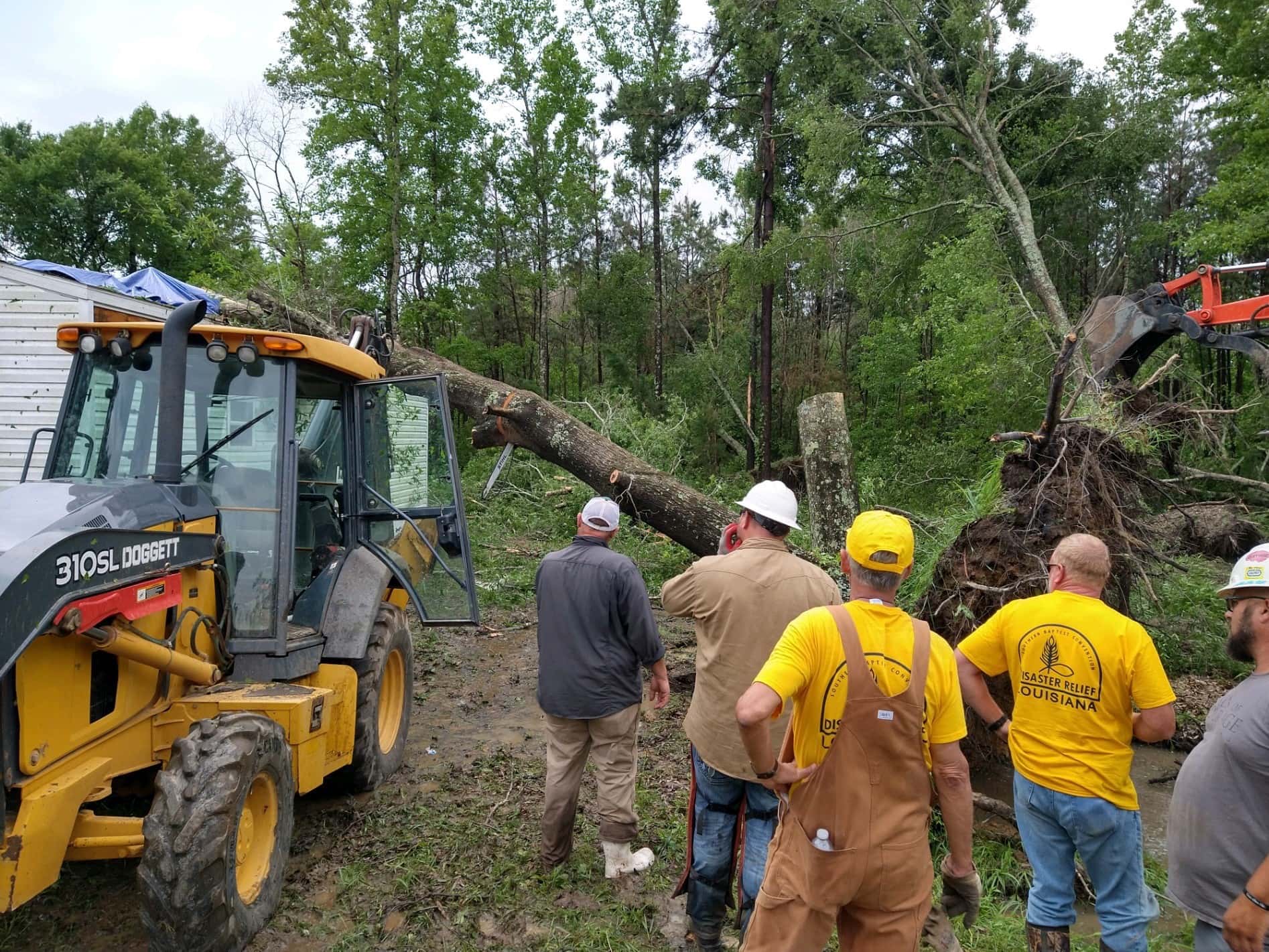 HALL SUMMIT, La. (LBM) – Fifteen members of a Louisiana Baptist Disaster Relief team spent Tuesday, May 11, clearing debris from around homes in Hall Summit that sustained damaged from a storm that came through the area the prior day.

Marvin Leleux, incident commander for the team comprised of members from Natchitoches, Red River and Sabine parishes, and Keith Bryant and Matt Trahan with the Shreveport Volunteer Network, removed trees that fell on or near three homes in the community. Leleux, who is also a pastor of Springhill Baptist Church in Ringgold, said the team was grateful to be a part of being Christ’s hands and feet to those in need.

“We were thankful in getting those people back on their feet as soon as possible,” Leleux told the Baptist Message. “You can’t pay me enough to do this, but in Jesus’ name I would do this all day long.”

The storm destroyed at least one home, ripped off roofs from other homes, damaged vehicles and downed utility trees and poles throughout Red River Parish, KSLA News 12 reported. Hail produced from the storm also knocked out car windows in Caspiano and vehicles at the Joe D. Waggoner Jr. Lock and Dam No. 5, located on Red River south of the town.

Louisiana Baptist DR assessors on Wednesday, May 12, surveyed parts of New Orleans for damaged due to a possible tornado that roared through the city overnight. However, no teams were activated as of Wednesday afternoon.

WWL-870 in New Orleans reported the storm cell moved through the Carrollton area, into downtown and across the river to Algiers. The storm downed numerous trees and power lines that blocked roads and damaged some homes.

The National Weather Service was in New Orleans on Wednesday to survey damage and determine if the storm was a tornado.

By Rebecca Holloway PINEVILLE, La. – For years, I have read and heard the statement, “We need to hold life/our family/our possessions with an open hand.” The idea is that we are not in control of our lives or anything else on this planet. God is in complete control of all things and has the power and right to … END_OF_DOCUMENT_TOKEN_TO_BE_REPLACED