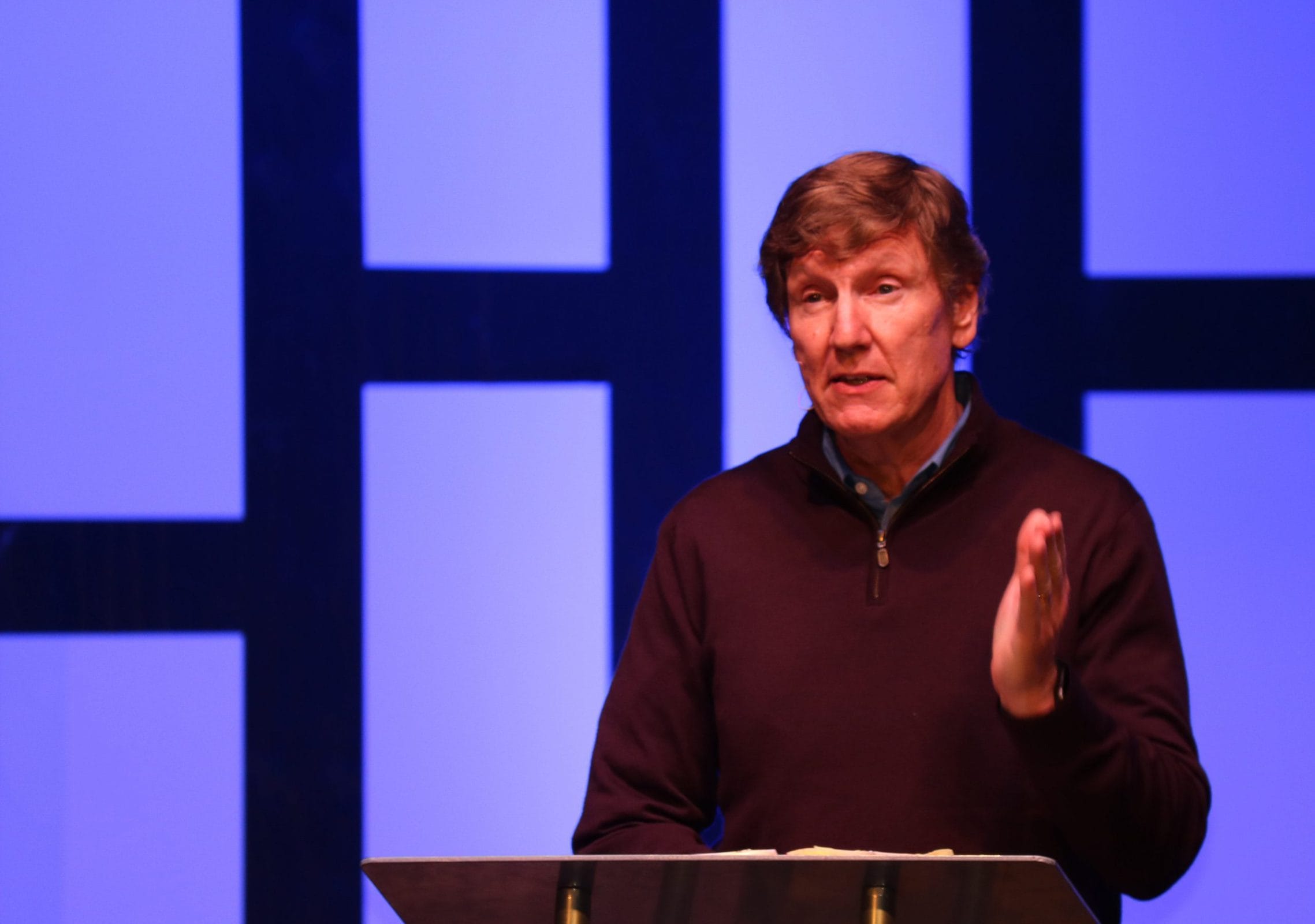 Randy Adams will be nominated for president of the Southern Baptist Convention. Baptist Press photo

VANCOUVER, Wash. (LBM) – Randy Adams, executive director of the Northwest Baptist Convention, a regional network of 500 congregations across Oregon, Washington and northern Idaho, will be nominated for president of the Southern Baptist Convention, according to press releases from multiple sources.

Russell Fuller, former Old Testament professor at Southern Baptist Theological Seminary who has decried the growth of liberalism (specifically, Critical Race Theory) at SBC seminaries, announced via email to the Baptist Message that he would nominate Adams.

Fuller said he was pleased that Adams “is allowing me to nominate him in Nashville for president of the Southern Baptist Convention,” and he emphasized that the SBC is at a point in time when “courageous leadership” was needed to repair the damage done to the work of Southern Baptists.

“The SBC has historically been an evangelistic cooperative mission force in North America and around the world, but over the last 10 years experienced both major declines and internal challenges that threaten our future if we do not change,” Fuller wrote. “Randy is a proven leader who has worked with all SBC churches and partners in effective ways to see growth in the Northwest.”

Adams shared with the Baptist Message that part of his efforts as SBC president would be to reverse “the steep decline and suffering” he attributes in large part to the Great Commission Resurgence, which he has criticized for centralizing power and finances at the national level.

“The SBC needs more than a facelift, it needs a housecleaning,” Adams said in a note, focusing specifically on transparency and accountability as areas he would emphasize.

“Periodic forensic audits must be conducted of every entity, with the results made available to every SBC church,” he detailed. “The people in the pew have a right to know how their mission dollars are spent.”

Forensic audits examine the effectiveness of how money was spent — and not just whether acceptable accounting procedures were used as is the case with SBC entity audits now.

He also advocated for Internet voting as a means for Southern Baptists to participate in Convention business.

Finally, he said the trustee system is broken and offered that the “fix” is to train trustees under the direction of the SBC Executive Committee so that trustees understand they are to hold SBC leaders accountable to the churches, not develop allegiances to individuals.

“The SBC must be returned to those who built it, and cooperation must be renewed with those closest to the ministry field – the local church, local associations and state conventions,” Adams offered. “If I am elected as president of the SBC, I will do all I can to repair the system, crush corruption, and rebuild trust in our cooperative missionary endeavor.”

Adams is a member of a three-year-old church plant, the Go Church, in Ridgefield, Washington, a suburb of Vancouver.

According to the latest information in the database of the Annual Church Profile (released June 2020), the congregation averages 90 worshipers for Sunday service, and baptized 8 new believers, nearly 9 percent of its pre-COVID average attendance. The average baptism rate for all SBC churches was half that percentage. Congregants contributed $208,289 in undesignated gifts, sending $18,461, or 9 percent, through the Cooperative Program to support cooperative ministries and missions – nearly double the percentage given by the average SBC church.

As for his leadership of the NWBC, the ACP report noted that the state convention recorded 2,592 baptisms, a 50 percent increase from the previous year while, nationally, the SBC experienced a 4 percent drop in baptisms. NWBC churches also netted gains in average worship attendance, growing from 36,333 to 36,751. The 418 additional worshipers represented one percent in growth compared to a one percent drop in average worship attendance across the SBC.

Adams said the NWBC received $2,827,703 in Cooperative program gifts last year and forwarded 20 percent to SBC national causes while also giving $100,000 to support the Pacific Northwest Campus of the SBC’s Gateway Seminary. He shared that 13 churches were planted during the heart of the pandemic, November 2019 – October 2020, compared to 20 startups during the prior 12 months.

Fuller said “the SBC has lost its way,” citing secret financial arrangements, forced non-disclosure agreements, lies to federal courts, theological departures from the Truth of the Gospel, as well as circumvention of cooperation with state conventions as among his major concerns – adding that he felt Adams was uniquely qualified to help Southern Baptists rise to these challenges.

Adams has “virtues that he has lived out in word and deed,” Fuller said. “I believe Randy Adams can lead us back to godly integrity within our Convention.”

“I hope that you will join me in supporting Randy Adams as the next president of the SBC.”

By Stewart Holloway PINEVILLE, La. - I’ve heard people say, “If that doesn’t light your fire, your wood is wet.” I would say that about yesterday. It’s been a while since I had a 15 1/2 hour Sunday and was so jazzed when I got home that it was hard to come down. But yesterday was that. First, we had baptisms … END_OF_DOCUMENT_TOKEN_TO_BE_REPLACED