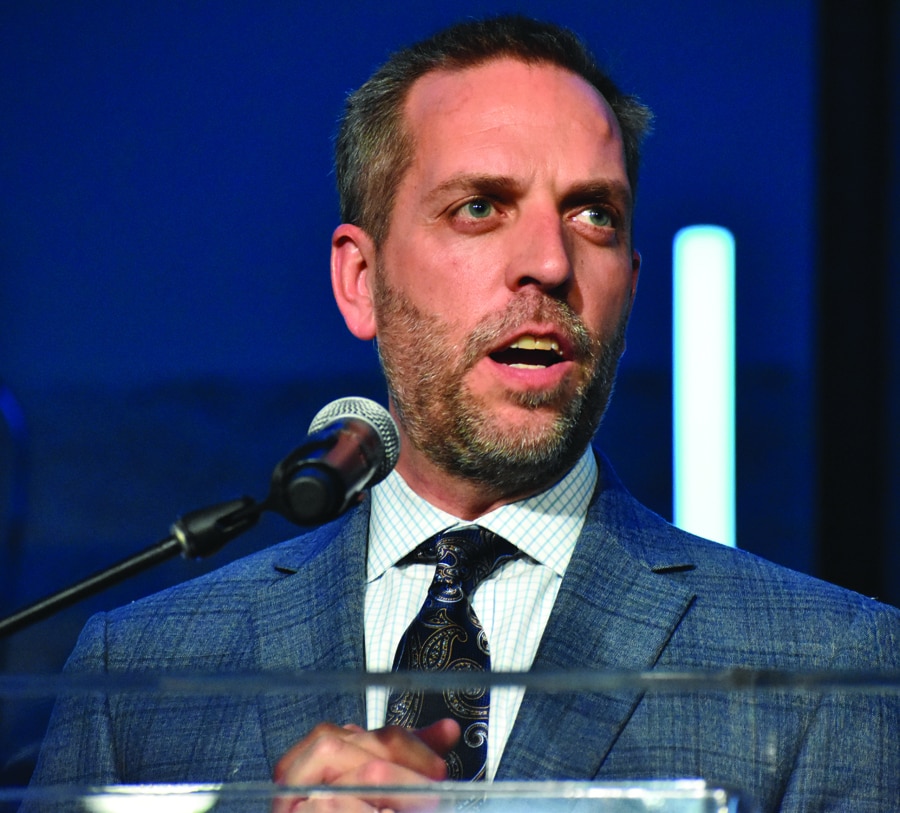 ALEXANDRIA, La. (LBM) – Wait on God and He will deliver in His timing, Eddie Wren said during his Louisiana Baptist Convention president’s address Nov. 11.

Referencing Isaiah 40:27-31, Wren, pastor of the First Baptist Church in Rayville, exhorted Louisiana Baptists to “wait on the Lord. Keep following Him and wait on Him.”

“Though we may be experiencing some difficulties, it’s not the end,” he proclaimed. “Don’t give up; don’t give in. Wait on the Lord and in due time He will renew your strength, He will lift you up and He will change your situation. And you will be renewed. You’ll leave the rubble and despair behind and by God’s grace you’ll soar.”

During two Bible study sessions, Jake Roudvoski, professor of evangelism and church leadership with New Orleans Baptist Theological Seminary, offered his observation “that the greatest need in the evangelical world and our own convention is for us to experience the renewal of the holiness of God.”

“When we recapture the vision of the holy God who is sovereign, then it would lead us to trust Him not matter what happens in our lives,” he said.

Drawing from Isaiah 6:1-8, Roudvoski said one of the main reasons why Southern Baptists are struggling to share the Gospel consistently is because they do not view God as Holy.

“If you see God as holy, you would want to serve Him faithfully and share Him consistently with others,” he said.

In his second message based on Revelation 2:1-7, Roudkovski said Louisiana Baptists need to repent and be revived.

“For many of us, our love for Jesus Christ has become stale and not as passionate as it once was,” he said. “We need to receive this relevant complaint from Jesus

Christ and renew our first love.”

During the convention sermon, Jeffrey Friend, pastor of the Suburban Baptist Church in New Orleans, thanked Louisiana Baptists for the support, encouragement, financial resources and other assistance they provided to rebuild the church facilities after an EF-3 tornado heavily damaged the campus, Feb. 7, 2017.

“It’s a precious things to me to be able to say it loud that I’m Southern Baptist and proud,” Friend said.  “As I was sitting in the debris after the tornado hit on that Tuesday, I began to talk to my master, ‘Lord, what am I going to do?’

Friend, whose church previously sustained damage from Hurricane Jeffrey Friend Katrina in 2005 and Hurricane Gustav in 2008, said at times he has felt like the man the Good Samaritan helped, who was left battered and torn on the side of the road. In the end, the man was restored.

Jamie Dew, the newly elected president of NOBTS, shared with messengers that the school will emphasize servanthood during his tenure, and, that this is the focus in its new mission statement: “New Orleans Baptist Theological Seminary and Leavell College prepare servants to walk with Christ, proclaim His truth, and fulfill His mission.”

The seminary also has adopted four areas to strengthen — Leavell College, enrollment strategy, marketing and communications and denominational relationships – while continuing to proclaim the truth of the Gospel and fulfill Christ’s mission, he said.

“We believe that New Orleans as a city and that New Orleans Baptist Theological Seminary as a school is vastly cooler than Southern Baptists think that it is,” he said. “We have to retell the story of the school. “This is a faculty that inspires me,” he continued.

“This is a faculty that I am proud to line up by and be numbered among. These are men and women that have given their lives, not just to the academic profession of preparing the next generation servants, but they are themselves practitioners of the Gospel ministry. Virtually all of them serve in local church and they are doing it in locations where difficulty and darkness abounds.

Paul Chitwood, president of the International Mission Board, challenged messengers to preach and teach with urgency about the Lord’s coming.

“Might it be that we fail to understand the urgency of the Bible’s closing verse, ‘I am coming soon said the Lord Jesus?’”

Chitwood asked, referencing Revelation 20:21-22. “On the day that He comes, the opportunity to repent will have passed because at that point you cannot be saved,” he said. “And that’s why there must be an urgency that accompanies the preaching of the Gospel.