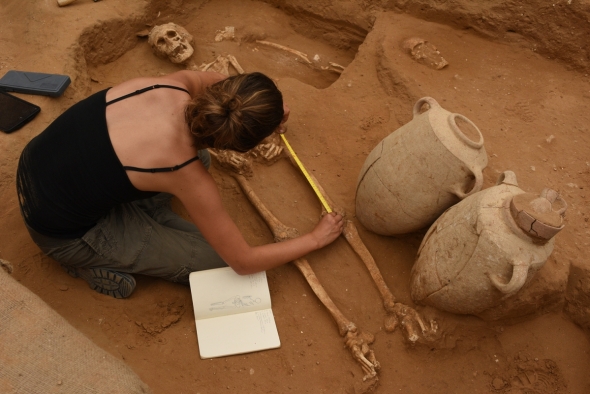 ASHKELON, Israel (Christian Examiner) – A burial site in ancient Ashkelon may provide archaeologists with definitive proof of where the Philistines, the ancient enemies of Israel who occupied the city 3,000 years ago during the time of Kings Saul and David, originated.

That’s because several of the graves uncovered contain remarkably well-preserved skeletons, complete with their teeth, from which scientists might be able to extract DNA to plot the origin of the people.

National Geographic’s Kristin Romey reports that the sensational find in ancient Ashkelon – occupied by the Philistines from the 12th to 7th centuries B.C. – may include only a small portion of the graves that are actually there.

To read the rest of this story, click here.