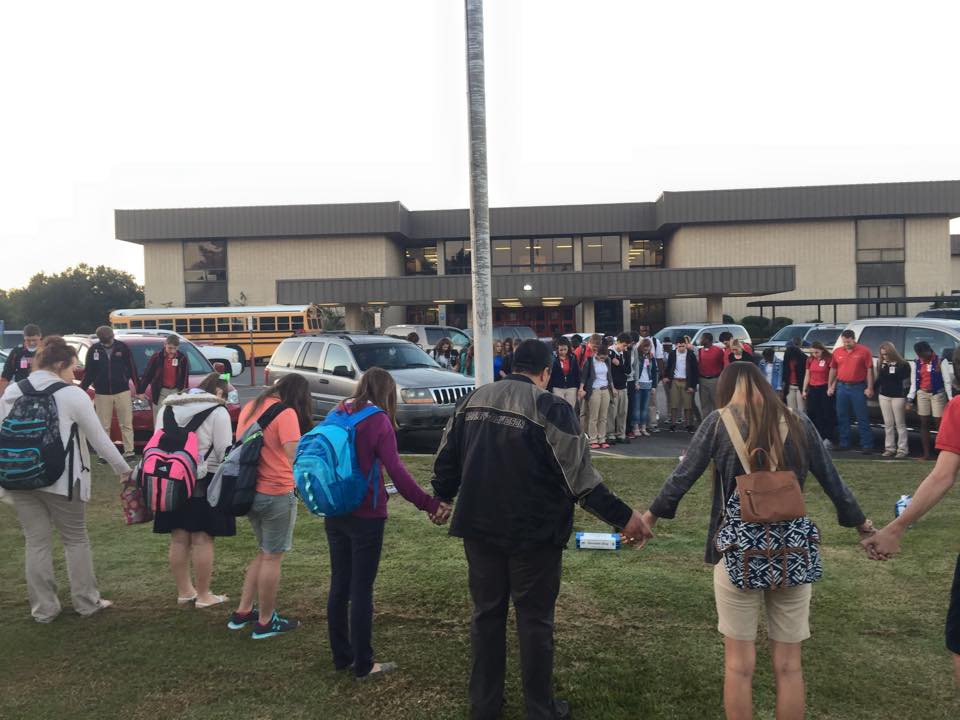 Students and faculty from Tioga High School join hands in prayer for their school, their nation, their friends, their family and more. Thousands of students all over the country joined together in unity, in prayer, for the annual See You at the Pole event. Photo by Joe Dupree.

Louisiana Baptist students turned out Wednesday on their campuses to pray for their family, friends, nation and school during the annual See You At The Pole.

“God is doing some amazing things in our schools and in our community,” said Zachary Almarode, youth pastor at Salem Baptist Church in Stonewall. “I was extremely ecstatic. To see that many students show up early to school to pray gives me chill bumps.  What an encouragement. The next great revival in this nation will come from this generation.”

Turnout also was high at Alexandria Senior High School. Billy Lonsberry, lead student minister at Calvary Baptist Church in Alexandria, was excited to see so many young people show up early to school for prayer.

“These kids did an amazing job leading their peers this morning in prayer asking God to move in the hearts of students, their administration, their school board, our city officials, law enforcement, fire & first responders, military, our national leaders, as well as the leaders around the world,” Lonsberry said.

Steven Kelly, director of missions for Gulf Coast Baptist Association, attended See You At The Pole at Berwick High School. His daughter was among those who led in the singing of the National Anthem. Kelley estimates between 50 and 60 attended.

“It is always good to see young people stand for their faith before their peers,” Kelly said. “At Berwick High this morning the office even announced the event to give the student body of 550 the opportunity to participate if they would so choose.” 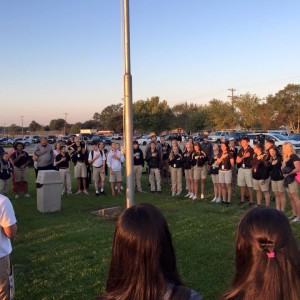 Students at Berwick High School prayed around their flagpole earlier this morning.

Started in 1990 with 10 students praying at their school in Texas, the grass roots movement has spread to thousands of campuses worldwide. Millions of students in public and private schools and colleges gather each year to pray on the fourth Wednesday of every September around their respective flagpole.

This year’s theme is United, based on Acts 1:14 which states “They all met together and were constantly united in prayer.”

By Lane Corley MADISONVILLE, La. - In Luke 15, Jesus gives us a glimpse of the Father’s heart for the lost. 1. Those far from God liked Jesus and he liked them (verse 1). Is that true of me? When was the last time someone far from God approached me? Am I available to them? Building relationships with … END_OF_DOCUMENT_TOKEN_TO_BE_REPLACED