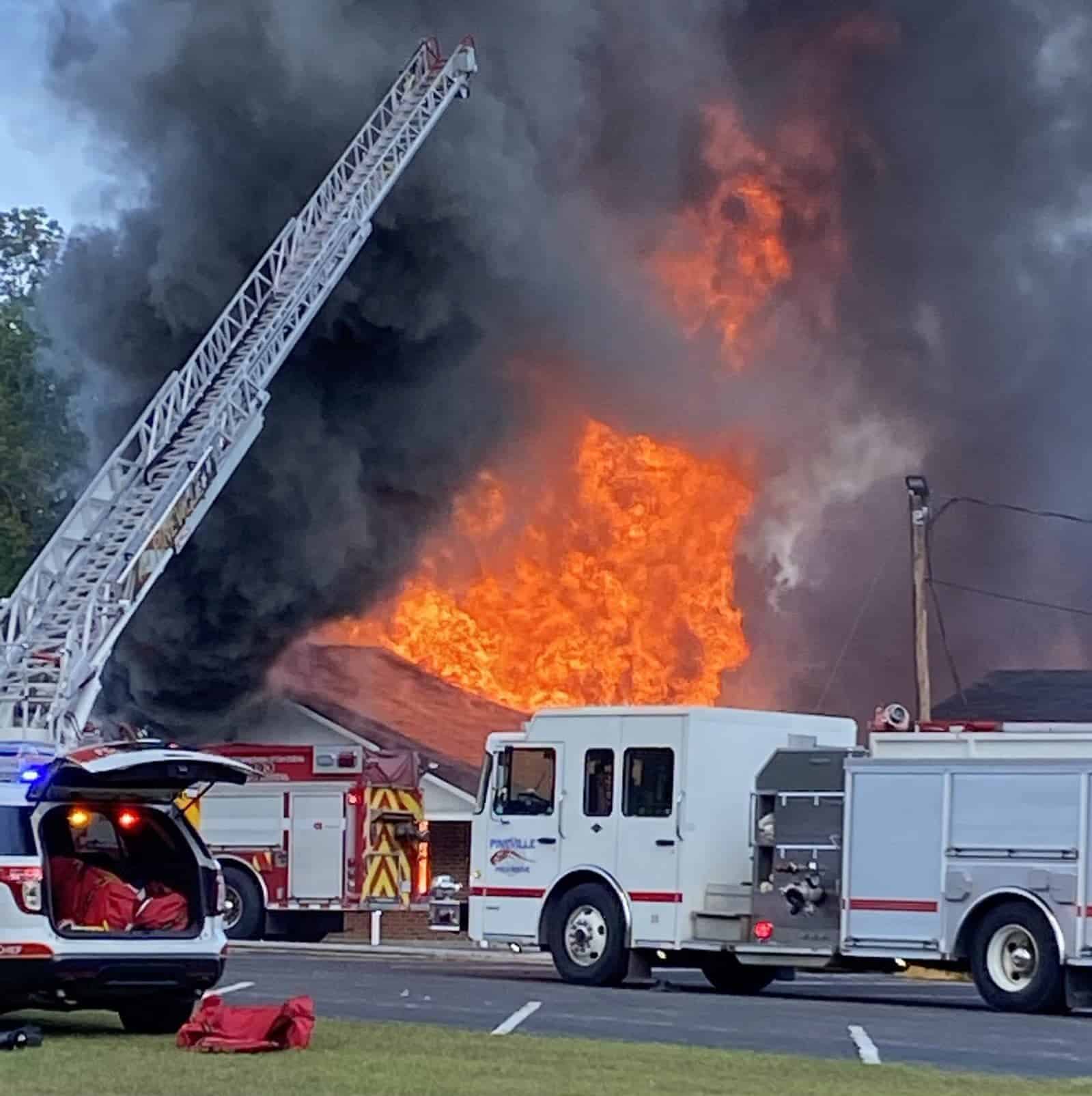 A fire on April 22 caused significant damage to the fellowship hall at Trinity Baptist Church in Pineville for the second time in less than a week. Submitted photo

PINEVILLE, La. (LBM) – A second fire in less than a week, consumed the fellowship hall at Trinity Baptist Church in Pineville on April 22.

Pastor Kevin Roberts told the Baptist Message he was studying in his office on campus around 3:15 pm when a church member who had been cutting the grass on campus alerted him of the fire. Crews from Pineville/Holiday Village responded within 10 minutes and managed to contain the fire to that one facility.

The fire took place in the same area of the building that burned on April 18. At the time, Roberts and other church members were visiting in the parking lot when they noticed smoke coming from the roof of the building. Roberts said an electrical fire caused the fire earlier in the week.

“Please pray for wisdom as we decide what’s next,” Roberts said. “And also that we have no more fires.”

By Chuck Kelley Rarely does Hollywood contact a Southern Baptist seminary, but rarely is not never. One day location scouts for a major motion picture to be filmed in New Orleans called NOBTS and asked to tour the campus. They were looking for a place that with a bit of movie magic could be made to look like the … END_OF_DOCUMENT_TOKEN_TO_BE_REPLACED