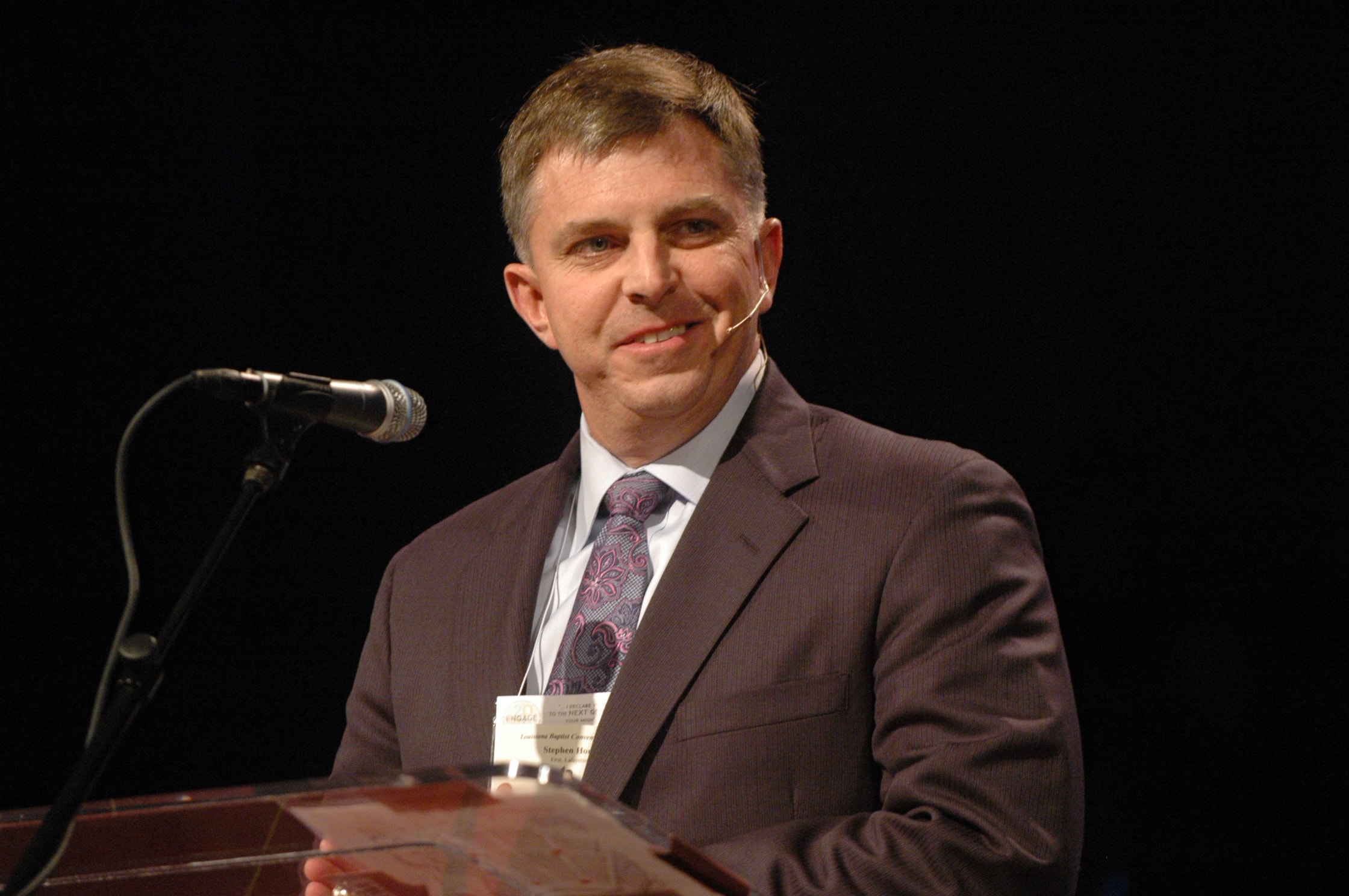 -- Steve Horn, pastor of First Baptist Church in Lafayette, is being recommended as the next Executive Director of the Louisiana Baptist Convention according to a statement released by Waylon Bailey, search committee chairman.

ALEXANDRIA — Steve Horn, pastor of First Baptist Church in Lafayette, is being recommended as the next Executive Director of the Louisiana Baptist Convention according to a statement released by the search committee’s chairman, Waylon Bailey.

“After months of prayer, deliberations and interviews we are excited to present Dr. Horn to lead Louisiana Baptists as we work together to fulfill the Great Commission in Louisiana and beyond,” Bailey said.

Horn will be presented to the Executive Board’s Administrative Committee during a special called meeting on Thursday, April 11. If confirmed, the recommendation goes before the entire Executive Board during its regularly scheduled meeting on Tuesday, May 7 at the Tall Timbers Camp and Conference Center in Woodworth.

If elected, Horn will succeed outgoing Executive Director David Hankins who will retire at the end of June.

“Even though we are close, we are not finished,” Bailey continued. “The search committee requests continued prayer for Dr. Horn, the Administrative Committee and the Board as we prayerfully proceed with this important selection.”

Bailey expressed his appreciation for the work of the search committee over the last several months. The State Executive Director Search Committee includes:

By Lane Corley MADISONVILLE, La. - Three years ago, our family was going through one of those down seasons in the ups and downs of life. My mental focus and physical health was declining. I was discouraged and struggling mentally and emotionally. I knew I needed to change a few habits. As part of a recovery … END_OF_DOCUMENT_TOKEN_TO_BE_REPLACED