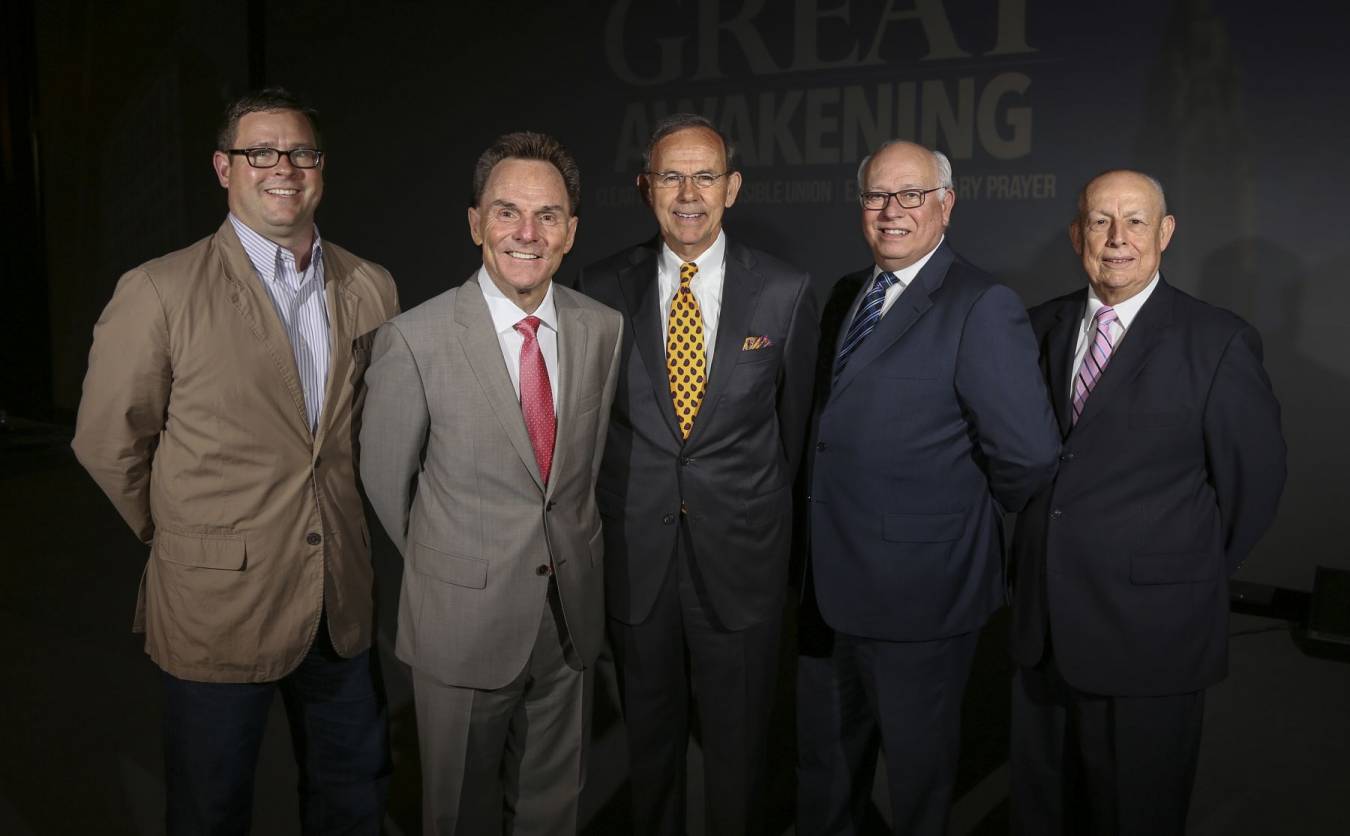 COLUMBUS, Ohio (BP) — Arkansas pastor Ronnie Floyd was reelected without opposition to a second term as president of the Southern Baptist Convention June 16 during the SBC annual meeting in Columbus, Ohio.

Floyd was nominated by North Carolina pastor J.D. Greear, who said, “God’s hand has been upon Brother Ronnie. I believe he is the man God has raised up to lead us for another year.”

All other SBC officers for the coming year also were elected without opposition.

The Committee on Order of Business recommended Ted Traylor, pastor of Olive Baptist Church in Pensacola, Fla., as the 2016 convention preacher; H.B. Charles, pastor of Shiloh Metropolitan Baptist Church in Jacksonville, as the alternate; and Julio Arriola from Cross Church in northwest Arkansas as music director. All three were elected.

Greear, in nominating Floyd, noted that the Arkansas pastor “filled his first term with repeated calls to prayer. He knows the needs in front of us are greater than we can supply and that our greatest hope is the mercy of God for the church and His compassion for this generation.”

Floyd “lifts my eyes beyond what we can do to what we need God to do,” said Greear, pastor of The Summit Church in Raleigh-Durham. “He really believes a move is possible in our generation and he makes me believe it too. If there were ever a time the SBC needed that message it is now.”

Floyd possesses a “convictional graciousness that honors the Lord in our convention,” Greear said. “I am amazed by the diversity of Baptists that call him as friend and looks to him as leader. He unifies Southern Baptists. He is clear on those matters on first importance and gracious in those matters of secondary importance.”

Floyd loves young leaders, Greear said, and “focuses not only on great achievements of our past but even greater possibilities of the future.”

The pastor of the multi-campus Cross Church in northwest Arkansas for 28 years has emphasized calling Southern Baptists to pray for spiritual awakening and for advancing the Gospel globally during his first term as SBC president, while also championing the Cooperative Program, Southern Baptists’ unified method of funding missions and ministries internationally and in North America.

He also serves as general editor of the Bible Studies for Life curriculum published by LifeWay Christian Resources. As lead pastor and strategist with the North American Mission Board he played an instrumental role in encouraging churches to adopt one of NAMB’s 32 Send Cities.

Floyd served as chairman of the SBC’s Great Commission Task Force in 2009-10 that set forth wide-ranging recommendations for expanding the SBC’s missions outreach. He is a former president of the SBC Pastors’ Conference and former chairman of the SBC Executive Committee. He also was a member of the SBC’s Program and Structure Task Force during the mid-1990s that produced The Covenant for a New Century restructuring, streamlining the number of SBC entities and developing updated ministry assignments for each. As the pastor of Cross Church, Floyd led the congregation to start campuses in Springdale, Rogers and Fayetteville.

He holds doctor of ministry and master of divinity degrees from Southwestern Baptist Theological Seminary in Texas and an undergraduate degree from Howard Payne University, also in Texas.

Floyd and his wife Jeana have been married 37 years and have two married sons and six grandchildren.

By Stewart Holloway PINEVILLE, La. - Recently, a former church member messaged me for prayer. The situation is devastating, and Rebecca and I are covering it in prayer. To be asked to join this individual in prayer as a former pastor and friend was a humbling blessing. Other than a social media comment here or … END_OF_DOCUMENT_TOKEN_TO_BE_REPLACED