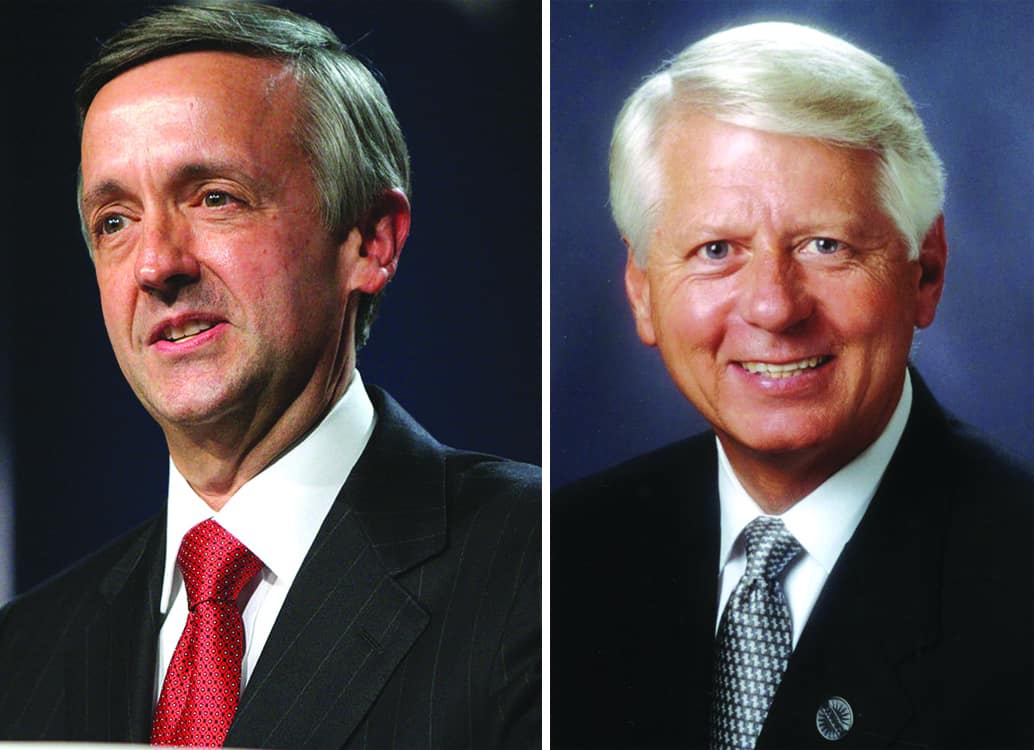 Robert Jeffress, pastor of the historic 13,000-member First Baptist Church in Dallas, Texas, in an email, said, “I enthusiastically endorse Dr. Ken Hemphill for president of the Southern Baptist Convention,” noting that Hemphill “is a proven leader with a consistent track record of supporting all the various ministries of our denomination.”

“As our Convention faces so many critical decisions that will determine our denomination’s future for decades to come,” he continued, “we need a leader who has both the ability and the desire to unite, rather than further divide, Southern Baptists.”

Bobby Welch, who served as SBC president from 2004-2005 while then pastor of the 4,100-member First Baptist Church in Daytona Beach, Florida, shared similar thoughts through a social media message about the need for Hemphill’s seasoned leadership at a critical time in the life of the Convention.

“There are a number of excellently qualified Southern Baptists who would make a great president of the SBC, any other time except this time,” Welch wrote. “This time, we are in desperate need of a full time – 7 days a week – 24 hours a day – 365 days a year – president who can focus SBC on the things that are essential to regaining our place in evangelism-world missions-home missions.

Welch added a note of urgency that the SBC “pull out of our nose dive now – BEFORE IT’S TOO TOO LATE!!

“Dr. Hemphill knows how, has the experience – AND IS COMMITTED TO FULL TIME WORK,” he concluded.

Other recent endorsements include Steve Scoggins, Hemphill’s pastor at the First Baptist Church in Hendersonville, North Carolina, Michael Dean, pastor of the historic Travis Avenue Baptist Church in Fort Worth, Texas, and a former trustee of Southwestern Baptist Theological Seminary when Hemphill served as its president, and James Hester, pastor of Social Springs Baptist Church in Ringgold, Louisiana.

Scoggins called Hemphill “a hero to me,” for his extensive service to Southern Baptists, adding that he is “a faithful member of our church.”

He called Hemphill “a gracious leader at Southwestern Seminary” and “a constant help to churches seeking revitalization since leaving the seminary.” He added that Hemphill and his wife Paula have been champions of the church’s strong commitment “to supporting missions through the Cooperative Program.”

Dean said Hemphill “is a man of deep personal and doctrinal integrity” and noted that he has “selflessly served Southern Baptist churches and causes.”

Finally, Hester shared that he made up his mind after listening to both candidates speak on separate occasions as part of an interview series conducted by Brad Jurkovich, pastor of the First Baptist Church in Bossier City, Louisiana.

Hester wrote to the Baptist Message that after hearing both men he decided to “wholeheartedly and unequivocally endorse and pledge my support, and that of all messengers of Social Springs Baptist Church in Ringgold, LA, for Dr. Ken Hemphill.”

Hester explained his decision in terms of Hemphill’s “understanding and vision for our convention” as best representing “Scripture and the traditionalist values that the vast majority in our churches hold dear.

“It matters to me that every church that Dr. Hemphill ever pastored knew that they were Southern Baptists,” he said. “We are, first and foremost, a people of the Book. That is nothing for which we should ever be ashamed.

“May we each prayerfully consider the future of our denomination, and be intentional in voting our convictions.”

These leaders join 29 Louisiana pastors and others who announced their combined endorsement of Hemphill on April 5.

By Stewart Holloway PINEVILLE, La. - I’ve heard people say, “If that doesn’t light your fire, your wood is wet.” I would say that about yesterday. It’s been a while since I had a 15 1/2 hour Sunday and was so jazzed when I got home that it was hard to come down. But yesterday was that. First, we had baptisms … END_OF_DOCUMENT_TOKEN_TO_BE_REPLACED