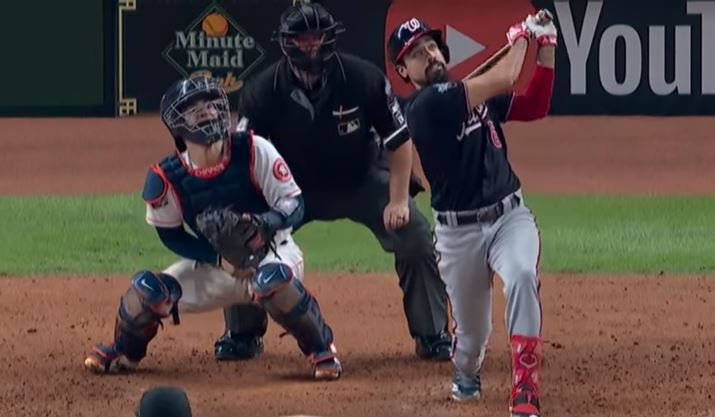 HOUSTON, Texas – (LBM) Washington Nationals third baseman Anthony Rendon may be known for hitting multiple homeruns that helped fuel multiple comeback victories over the Houston Astros in the 2019 World Series, but he credited his faith for helping him remain calm under pressure.

In an interview, Oct. 31, on SportsCenter with ESPN personality Scott Van Pelt, Rendon said his faith guided him through a journey that began on a team that started the season 19-31 and ended Oct. 30 with a victory over the Houston Astros in Game 7 of the annual fall baseball classic.

Rendon set career-highs in batting average (.319), home runs (34) and RBIs (126) during the regular season, and followed with two home runs and eight RBIs (five in Game 6 alone) in the World Series.

“I think I understand that there is bigger things going on in this world,” Rendon told Van Pelt. “And my Savior Jesus Christ gives me that patience and that slow heart rate.”

Rendon is a Houston native who attends the First Baptist Church in the off season. Pastor Gregg Matte told Baptist Press that Rendon is “very laid back” and places his trust in Christ no matter the circumstance.

“Anthony is a big-time difference maker on the field and even more importantly off the field,” he said. “Humility, kindness and trust shine through him, showing he has more than just a great glove. He has a great heart.”

By John Hebert, Louisiana Baptist missions and ministry team leader ALEXANDRIA, LA. (LBM)--Do you know what Winston Churchill, Bill Gates, Walt Disney, and Colonel Sanders have in common? It has nothing to do with their fame or notoriety, I would suggest. Instead, it is the trait that I contend was the cause of … END_OF_DOCUMENT_TOKEN_TO_BE_REPLACED