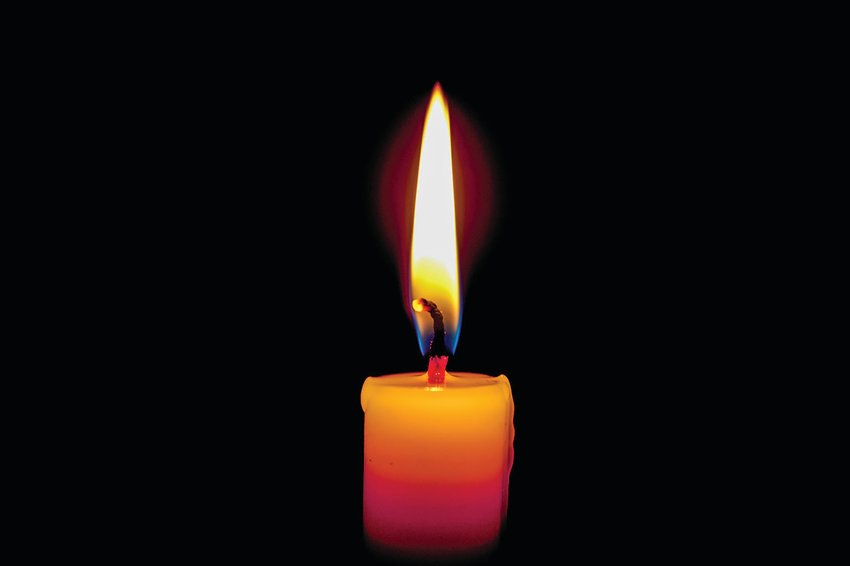 Additionally, Fryer served Louisiana Baptists as a LBC Executive Board member (2007-2011), Committee on Moral and Social Concerns member (2012-2014), and President’s 2020 Commission member (2012-present), according to the Annual Church Profile.

According to his obituary, Fryer taught at Sequitur Classical Academy, University View Academy and Christ Presbyterian Church. He also taught voice to numerous private students. He co-authored the book “Virtues of the Great Composers for Children,” and was a contributor to the book “Covenant Theology: A Baptist Distinctive” by Earl Blackburn.

Family and friends gathered for a celebration of life service, Dec. 16, at Woodlawn Baptist Church, Baton Rouge. He was buried, Dec. 17, at Woodard Cemetery in Taylor.

A memorial service for Carlos Meza, the first Hispanic elected to office in the Louisiana Baptist Convention, was held Dec. 4 at Calvary Baptist Church, Shreveport.

Meza, who died Sept. 29, served Calvary Baptist’s Hispanic mission church, Iglesia Bautista del Calvario, from when he was ordained to the Gospel ministry in 2007 until 2020, according to a Baptist Message story published shortly after his passing. He also planted two Hispanic congregations (with First Baptist Church, Haughton, and New Zion Baptist Church, Bossier City).

He was active in the LBC, having served as 2nd vice president of the Convention in 2017; and, at the time of his death, he was a member of the LBC Executive Board missions support committee.

Meza also participated in 17 mission trips to Brazil, as well as to Ecuador, Guatemala, Mexico and Nicaragua. He was well-known for being innovative in reaching the lost with the Gospel – leading a South American college student to the Lord using a mannequin and successfully sharing the Good News with a Brazilian businessman (whom no local pastor had been able to reach) by using an onion patch in the man’s backyard.

A native of Shreveport, James was baptized as a 7-year-old at Shady Grove Baptist Church No. 2, Shreveport, where he later served as a deacon and preached his first message, according to his obituary. In 2002, James founded Bethesda Missionary Baptist, where he served as pastor until his death.

James shared the Gospel through the “Live the Word Broadcast” on a local radio station; was a chaplain with the Shreveport Police Department; and, served as secretary with the area’s minister’s fellowship for many years.

During the Vietnam War, Downs was a helmsman aboard the aircraft carriers USS John F. Kennedy Aircraft and USS Independence. Afterwards he was ordained into the ministry at Auburn Heights Baptist Church in Phenix City, Alabama. Helms pastored churches in Alabama and Florida before he was called to First Baptist New Iberia 22 years ago. During his time in Louisiana, Helms also was a Louisiana Baptist Convention Executive Board member (2017-2020) and evangelism director for Evangeline Baptist Association (2002-2007).

A memorial service was held Nov. 18 at First Baptist Church, New Iberia. At a yet-to-be-set date, His remains will be buried in the Mediterranean Sea by the United States Navy.

Lee Wesley, a pastor who started one of the first predominantly African American Louisiana Baptist congregations in the Baton Rouge area, died Nov. 10. He was 76.

Wesley had served as pastor of Community Bible Baptist Church, Baton Rouge since 1989, but he also was a well-known leader at all levels of Louisiana Baptist life.

Friends and colleagues described him as a champion for bringing churches together to make the greatest Gospel impact on the community.

Statewide, Wesley was chairman of the Every People Group Task Force of the LBC President’s 2020 Commission since 2012. He also was an LBC Executive Board member since 2017 and president of the African American fellowship of the LBC for three terms.

Visitation took place Nov. 20 at Plymouth Rock Baptist Church, Plaquemine and Nov. 21 at Renew Church, Baton Rouge. A private memorial service and burial was held with the family only.

A native of Converse, Burkett preached his first message when he was 16 and one year later surrendered to the ministry at Fellowship Baptist Church, Converse, according to his obituary. Burkett served 70 years as a pastor in Louisiana and two years as missions pastor of College Heights Baptist Church, Alamosa, Colo. Most recently, he was pastor of Bethany Baptist Church, Marthaville, one of 10 Louisiana Baptist churches he served. Burkett also was active in the District 8 Baptist Convention, helping to form Clara Springs Baptist Camp, Pelican.

George Aultman, a pastor for more than six decades, died Oct. 3. He was 91.

A native of Sumrall, Miss., Aultman preached his first message at the age of 18 on April 17, 1948. He later served as a pastor of churches in Louisiana, Mississippi and Washington for 62 years and preached in revival services at more than 100 churches.

He was a graduate of Clarke College in Hickory, Miss., the University of Southern Mississippi in Hattiesburg, Miss., and New Orleans Baptist Theological Seminary.

Most recently, Aultman was a member of Airline Baptist Church, Bossier City, where he attended a men’s Sunday school class and was part of the men’s ministry.

He was born in Brownwood, Texas, on July 6, 1936, to Lee and Audrey Mae Ramsour. His father was a Southern Baptist minister and the family lived in several places during his formative years. He graduated from Tahoka High School in 1953 and attended Baylor University, where he married Valetta Stripling.

Ramsour received a bachelor’s degree from Baylor University and the Master of Divinity from Southwestern Baptist Theological Seminary. He and Valetta moved in 1961 to Navarro Mills, where he pastored his first church and she taught school.

Ramsour served as pastor at Baptist churches in Jacksonville and Troup, Texas, and in Farmerville and Lake Charles, Louisiana. With a move to Winnsboro, Texas, in 1979, he began his evangelistic work, preaching and ministering to many congregations. He began his worldwide mission work in 1986.

A memorial service was held, Sept. 24, at Oaklawn Memorial Park in Athens, Texas.

By Bill Britt HAUGHTON, La.  – Of all people, the Apostle Paul could have legitimately complained about the circumstances that he endured throughout his life. When we look back to the beginning of Paul’s journey as a believer, we see that he received a message from the Lord that illuminated the path he was … END_OF_DOCUMENT_TOKEN_TO_BE_REPLACED