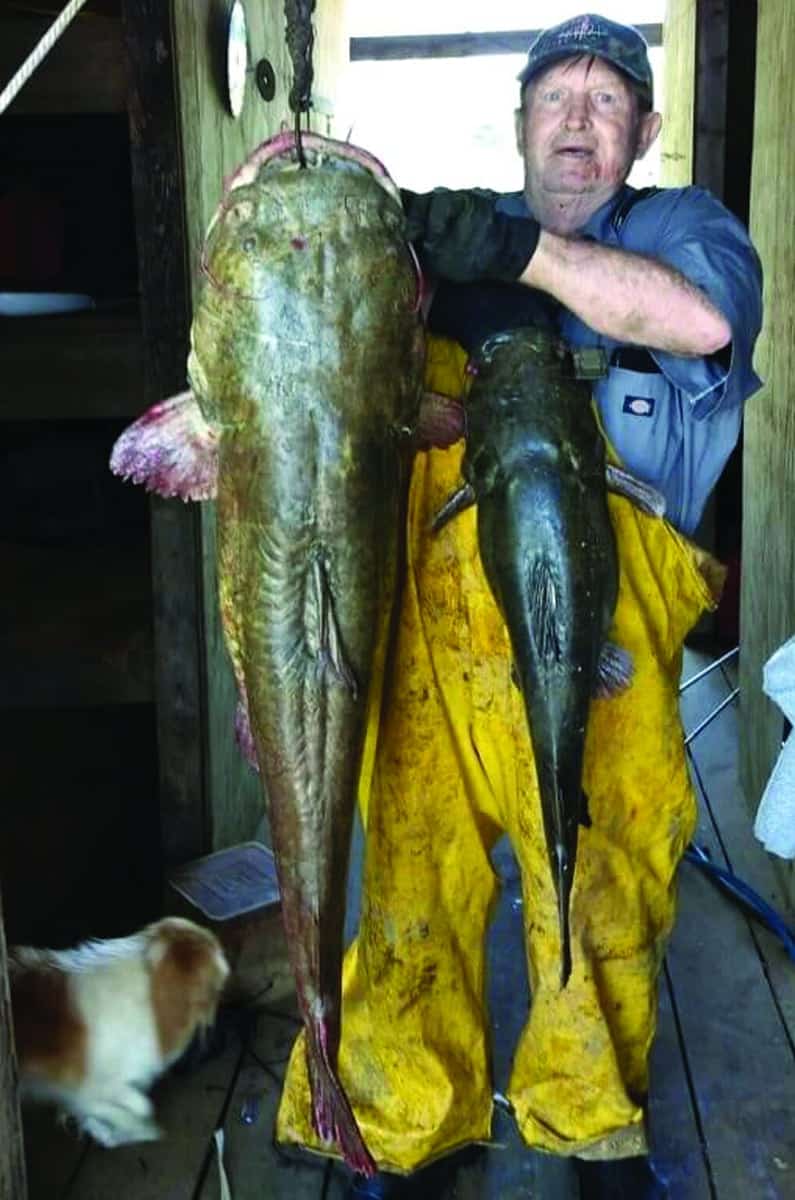 Paul Carter was not only a pastor but a fisherman. Submitted photo

FARMERVILLE, La. – There aren’t many people in this world who pass and the world feels like it’s immediately a worse place because of their absence. ­

This was my first thought the day I got the call Paul Carter had stepped into eternity. “Preach”, as he was known by those close to him, stepped into heaven while on a trip with his family to visit his son.

He was a family man, husband of 62 years to Mrs. Audie, a father second to none to his 3 sons, a minister of the gospel for 65 years, a mentor, a pastor, and a friend to all. He was an outstanding gospel preacher. I heard a funeral outline once that said “He Lived. He Loved. And He Left.”

He pastored numerous churches in our area. He served in evangelism in states all over our country. God used him to start churches as near as Rocky Branch, La., and as far as Wasilla, Alaska. He served in various leadership roles in our state, our convention, and each association he was a part of during his pastorate.

He was also a commercial fisherman. ­This was how he often made his living pastoring bi-vocational Churches, starting new works, or in seasons of full time evangelism. He was a tremendous fisherman who fi shed for fun, fished for a living, and fi shed whenever and wherever his family would go on vacation. He had recently been honored in his home Parish as a “Union Parish Outdoor Legend” for his storied lifetime as a fisherman and an outstanding outdoorsman.

His most cherished accomplishment was he was a child of the MOST HIGH GOD.

He could relate to people of any walk of life. He was a constant witness for Christ and a soul winner.

At 83 years old, he was still the highlight of the kid’s ministry at his most recent Church, Conway Baptist Church in Marion, La. His leadership at Louisiana College, in the Louisiana Convention, and in the churches he pastored has left a legacy like few this world has ever known.

My connection to Bro. Paul began in 2007 when we met and he took interest in my ministry. He was a pastor’s friend and an encourager to so many of his “preacher boys.” I thank God I was considered one of them. He will be forever missed.

Please remember Mrs. Audie and their family in your prayers. Due to Covid 19, the family had a private graveside service at the cemetery at Antioch in Farmerville, La. An incredible memorial service was held at His Church in Pineville, La. with Steve Speer on his birthday in June. Antioch Baptist Church in Farmerville, La. will be hosting a memorial service in his honor this fall. ­The date will be announced when plans are made.

Rubin Weaver is pastor of Antioch Baptist Church in Farmerville.

By Steve Horn ALEXANDRIA, La. (LBC) - This year has brought about more challenges and cancellations than any of us care to recount. For those meetings and events that were scheduled, more times than not, they happened virtually rather than in person. This has been true for us as Louisiana … END_OF_DOCUMENT_TOKEN_TO_BE_REPLACED