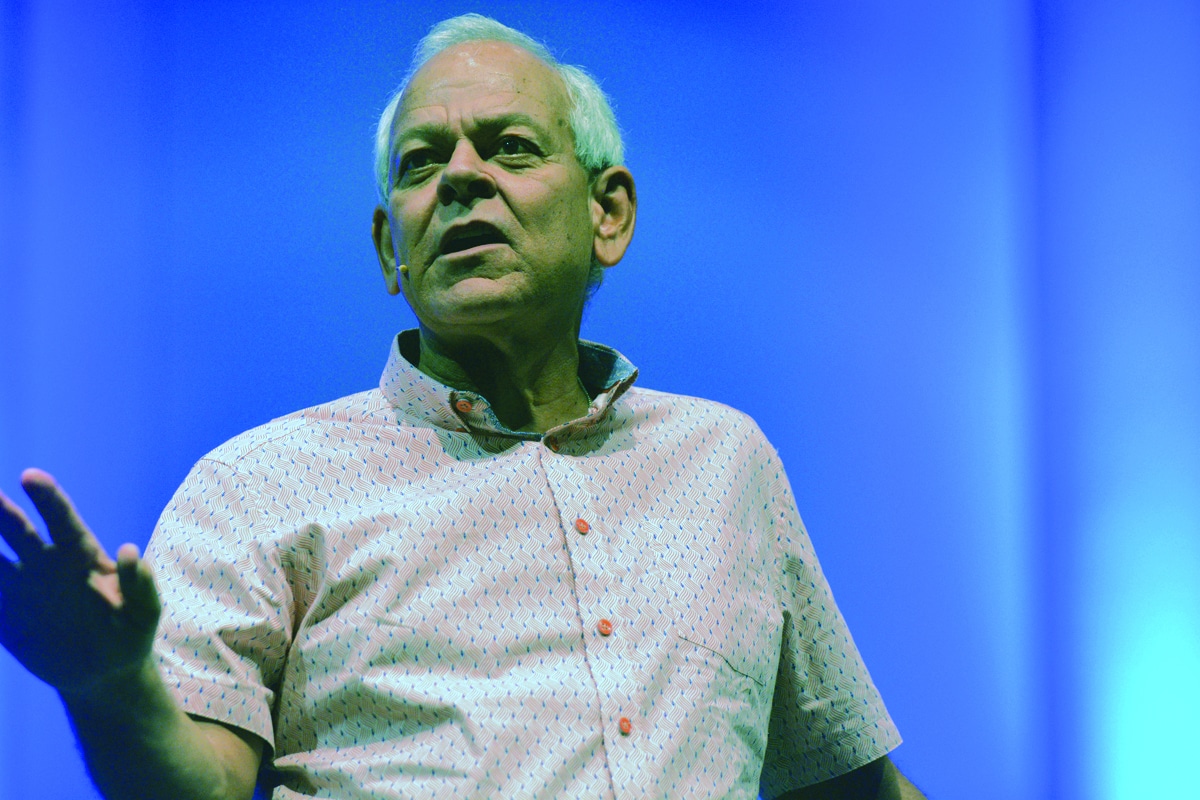 Johnny Hunt, the newly installed senior vice president of evangelism and leadership at the North American Mission Board, was the keynote speaker for the ReGroup North Conference at the First Baptist Church in Haughton.

“When you get further down the road you would like to look back and know you have not been wasting your time,” Hunt said. “You really want to see life change.

“If we really believe what we are teaching it’s not only going to change us; it’s going to change the people,” he emphasized. “But we not only must exhort this truth to our people. We must emulate this truth in our life. If I’m going to help build someone for Kingdom life, it will take Bible engagement and reflection on the Scripture.”

Hunt, the newly installed senior vice president of evangelism and leadership at the North American Mission Board, was the keynote speaker for the ReGroup North Conference at the First Baptist Church in Haughton, and Ken Weathersby, vice president for convention advancement with the Southern Baptist Convention’s Executive Committee, was the main speaker for the ReGroup South Conference at Trinity Baptist Church in Lake Charles. The two locations drew 972 people, combined, on August 17.

Weathersby addressed the crowd in Lake Charles using an inspiration from former New Orleans Baptist Theological Seminary President Chuck Kelley, who once asked students, “What would you feel like if you were lost and no one came to look for you?”

“When he asked that question it stopped me in my tracks,” Weathersby said. “It made such an impression on me back then that I spent a lifetime impressing upon people to never stop seeking out the lost.”

VALUE OF A MENTOR

Hunt said he meets with other men each week to help them grow spiritually, mentoring them to become more devoted followers of Christ; and, he encouraged others to seek mentors who are seasoned in their Christian walk.

“Everybody ought to have a ‘general’ in their life,” he said. “One of the fears I have about the younger generation of leaders that are coming along is their friends are their heroes.

“They’ve not earned the right to be their heroes: they have no stripes; they have not even been in a major battle yet,” he declared. “Get a general.”

“I pray that God will speak into your own heart as leaders and every one of you would begin to say, ‘Lord, who is the one?’ and that you would write their name down,” he said. “Begin praying that God would allow you to win them to faith in Christ.”

VALUE OF RUNNING THE RACE

Using Hebrews Chapter 12, Weathersby reminded participants that as church leaders – pastors, deacons and Sunday school teachers – God wants them to run the race because he has a “plan for you and a person for you to prepare.

“Because one day you will receive a prize,” he said. “One day almighty Jesus will welcome you to Heaven and say, ‘Well done good and faithful servant.’”

Sean Keith, Sunday school and discipleship strategist for Louisiana Baptists, told the Baptist Message he came away inspired from the ReGroup South Conference.

“It was incredible,” Keith said. “God showed up. Leaders were encouraged and equipped. This event is a prime example of how local churches, local associations and the Louisiana Baptist Convention can partner together to provide a premier training event for Sunday school and small group leaders in our state. We are already planning and preparing for the ReGroup conference next year on Saturday, August 8, at Jefferson Baptist Church in Baton Rouge, and Saturday, August 15, at McClendon Baptist Church in West Monroe. Hope to see you there.”

Mike Pee attended the ReGroup North Conference with others from Longstraw Baptist Church in Monroe, where he serves as a youth leader.

“Johnny Hunt was awesome in the way he spoke to use about getting deeper with God and those who we influence in our small groups,” Pee said. “I came here to learn how to be a more effective teacher and leader, and ReGroup helped me grow in so many areas.”

Peggy Young, a first and second grade teacher at the First Baptist Church in Castor, also attended ReGroup North, and enjoyed learning from others in children’s ministry.

“I learned to be more active and involved in others who need encouragement that we as small group leaders can offer,” Young said. “ReGroup gave me some ideas and insight on ways I can be a shining light for our little ones, who are the leaders of tomorrow.”

By John Hebert, Louisiana Baptist missions and ministry team leader ALEXANDRIA, LA. (LBM)--Do you know what Winston Churchill, Bill Gates, Walt Disney, and Colonel Sanders have in common? It has nothing to do with their fame or notoriety, I would suggest. Instead, it is the trait that I contend was the cause of … END_OF_DOCUMENT_TOKEN_TO_BE_REPLACED