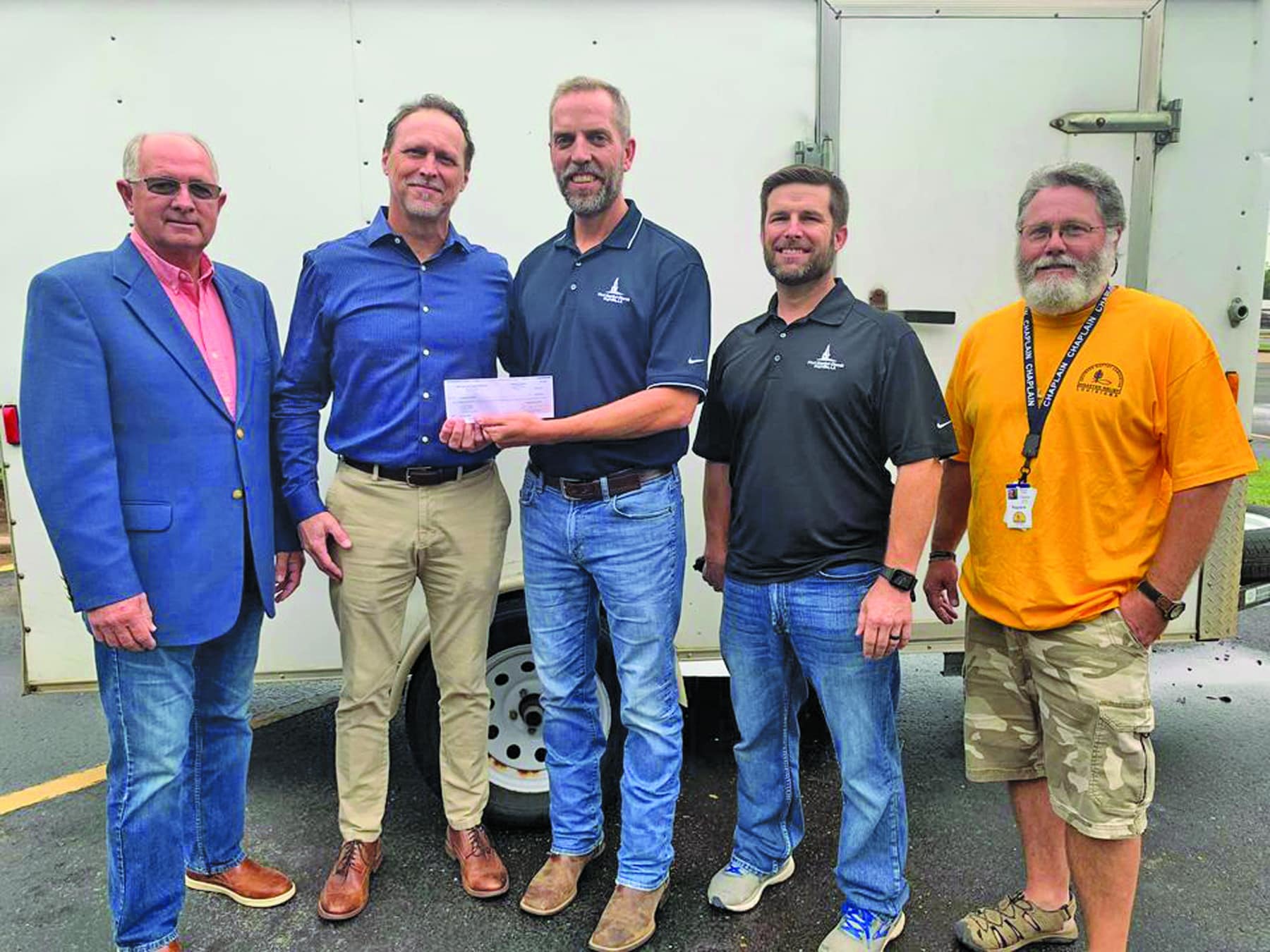 RAYVILLE, La. (LBM) – Pastor Eddie Wren turned on his television hours after Hurricane Laura made landfall in southwest Louisiana and was heartbroken as he saw images of damaged homes and residents weeping.

He knew the needs would be great in the days ahead and believed First Baptist Church in Rayville would step up to help, just as they did for Suburban Baptist Church in New Orleans after it was destroyed by a tornado in 2017.

Wren, who recalled that Louisiana Baptist Executive Director Steve Horn previously mentioned disaster relief response costs were high after storms like Laura, proposed during a Sept. 13 deacons meeting that they approve a $25,000 donation to disaster relief efforts. One deacon, who thought the goal should be higher, suggested the amount be doubled to $50,000 and that the church should hold a supply drive to fill a 6 by 12 ft. trailer.

Both motions were approved unanimously, and on Sept. 24 Wren and two members of his church delivered the $50,000 check to the state missions team at the Louisiana Baptist Building in Alexandria before they dropped off donated supplies at Trinity Baptist Church in Lake Charles.

“We are thankful we are able to do that,” Wren told the Baptist Message. “The Lord has blessed and we certainly want to use resources he gives us to bless other folks.

In the future, Wren said First Baptist plans to send teams to help with relief efforts once his members, many who are farmers, harvest all their crops in mid-October.

“Right now we don’t have a ton of people who are able to go, but the Lord has blessed us in resources we can send and help in that way as other people are able to go,” he said. “We are stronger together. If all of our churches will work together and do the tasks the Lord gives, we will accomplish much for His Kingdom.”

“One thing that amazes me is the Southern Baptist network and how faithful they are,” he said. “Our network is so efficient and effective in carrying out our mission, whether it’s a person we are trying to reach with a tree on their home or a sister church that is damaged.”

Rayland Trisler, a church member who accompanied Wren on the Sept. 24 trip, is anticipating a return trip to southwest Louisiana with others from First Baptist Rayville.

“I want to encourage anyone who can to go one day or one week — go and volunteer,” he said. “The need is great. The need is going to continue for a while. There’s always someone who needs debris picked up in their home or a tree that needs to be removed from their house or they may need supplies. There is something for everyone to do.”

By Joe McKeever “‘…your ways are not my ways,’ saith the Lord.”  (Isaiah 55:8) Keep an eye on how the Lord works in your life. You might learn something useful for the next time He wants to use you. This little couplet seems to sum up 90 percent of what Scripture and life teach us concerning the operation … END_OF_DOCUMENT_TOKEN_TO_BE_REPLACED