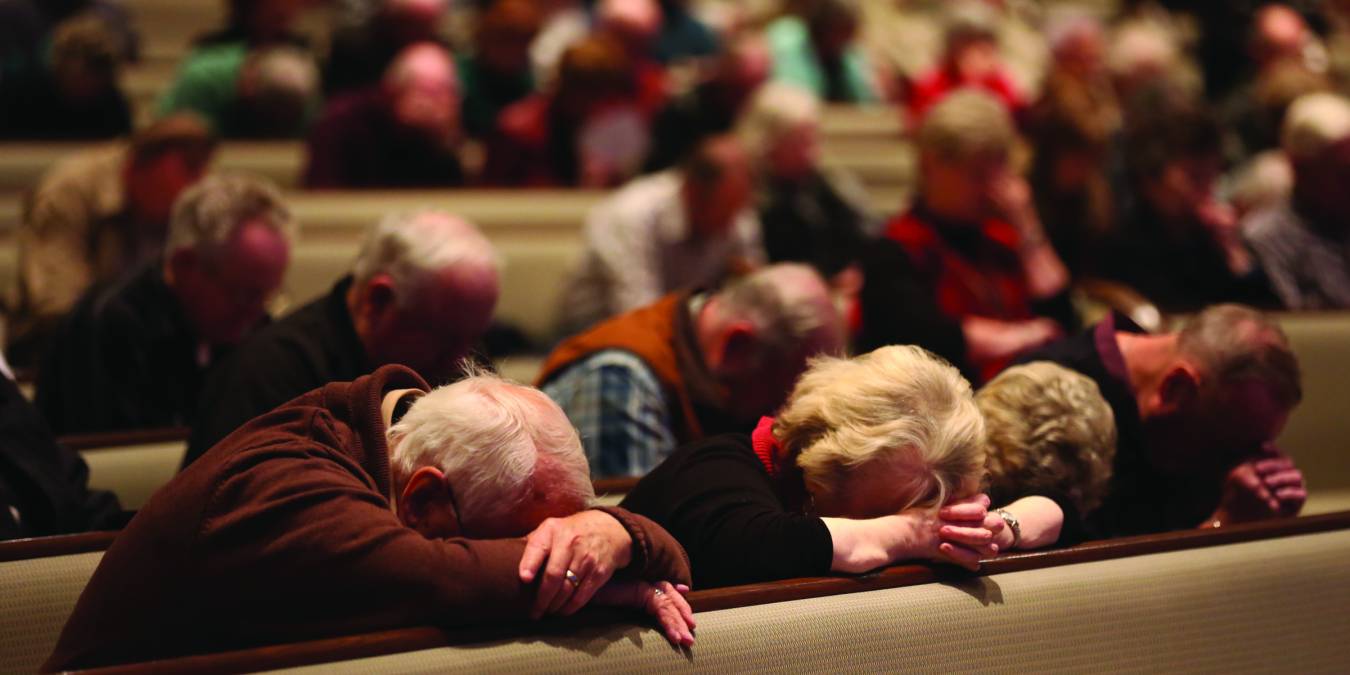 Much like the association’s first Call to Prayer, which was hosted at First Baptist Church Bossier City in January 2016, Moore said this gathering brought together Christians of various ages and ethnicities to pray for law enforcement, the persecuted church, missionaries serving around the world, pastors and other church leaders.

The 2017 event at Summer Grove Baptist Church in Shreveport was marked by prayer from the worship center stage, in small groups around the room, and by individuals even in the hallways outside, he described, adding that in the end, participants uniformly described a movement of the Holy Spirit in that place as pleas for revival were lifted up. 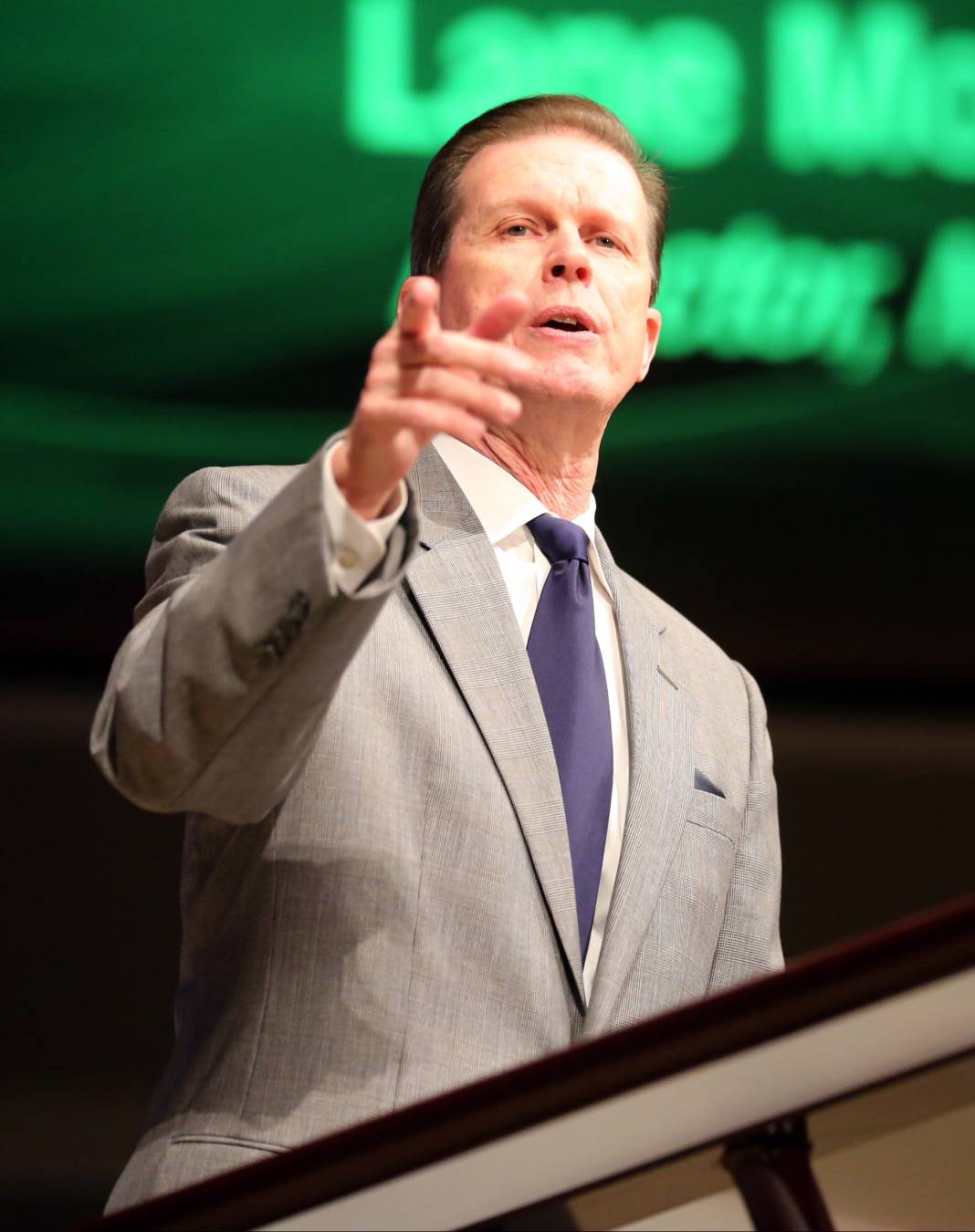 During Moore’s opening remarks, he said the culture is desperate for the love of Christ and is watching how believers live.

“My desire tonight is that we would not leave this place the same way we walked into this place,” Moore said. “We are going to invite Him, and praise Him, and bless Him and worship Him and talk to Him tonight.

Eddie Briery then posed the question “What would happen if God turned your life around?”

Briery, who is pastor of First Baptist Church Vivian, said God did not create Christians to be just good people, but rather to proclaim the Gospel. He said for change to happen through revival, it must first take place within each person’s heart.

“Revival always happens privately before it happens publicly,” he said. “So when God works with us in our prayer closets, and in our hallways, and in our homes, and in our offices, and in our cars going down the interstate, we come to church as revived people because our lives have been turned completely around. 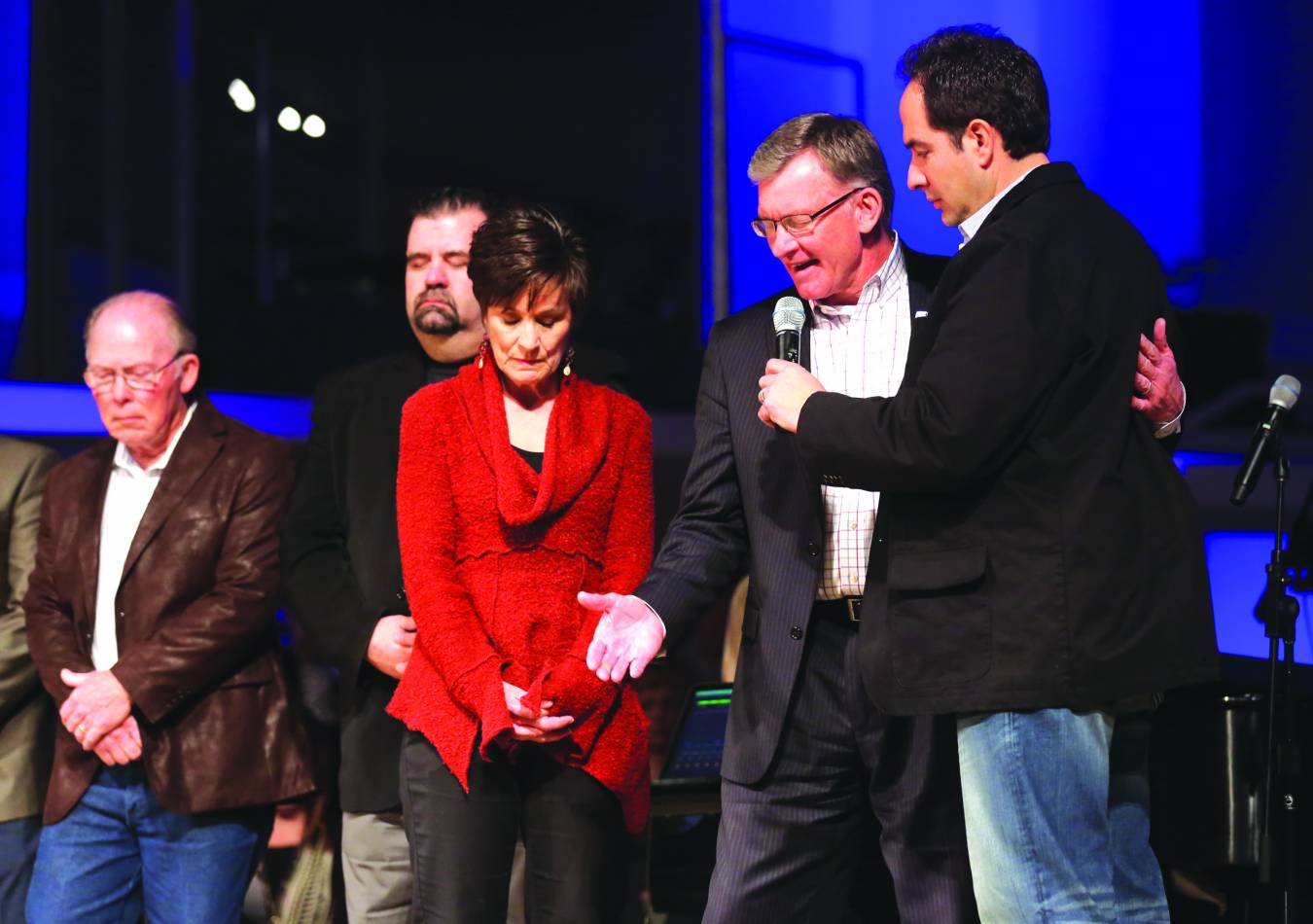 Aaron Burgner, pastor of Summer Grove Baptist Church, told the crowd that for the Gospel to move in Shreveport, Christians must first have a passion for sharing Christ with a lost world.

Burgner said God has positioned all churches to make His name known, so that all would come to know His Son and not perish for eternity in Hell.

Citing Paul’s zeal for sharing Christ, even in the midst of pain and persecution, Burgner said believers should have compassion for and weep over lost souls.

“Without the Gospel we’re a hopeless people and I’m a hopeless pastor,” he continued. “The only reason we are here is God is not dead. He is alive, and we are a people of great hope. Until God moves in our own souls and our own minds and we are constrained by the Spirit with tear-filled eyes over our people, the Gospel will not move like fire through our city.”

John Lary, pastor of Calvary Baptist Church in Shreveport, said the path for revival is found at the feet of Jesus.

Referencing John 12, Lary said Mary humbled herself and chose to serve Christ. Lary said each Christian should exhibit that same attitude of selflessness to the world. 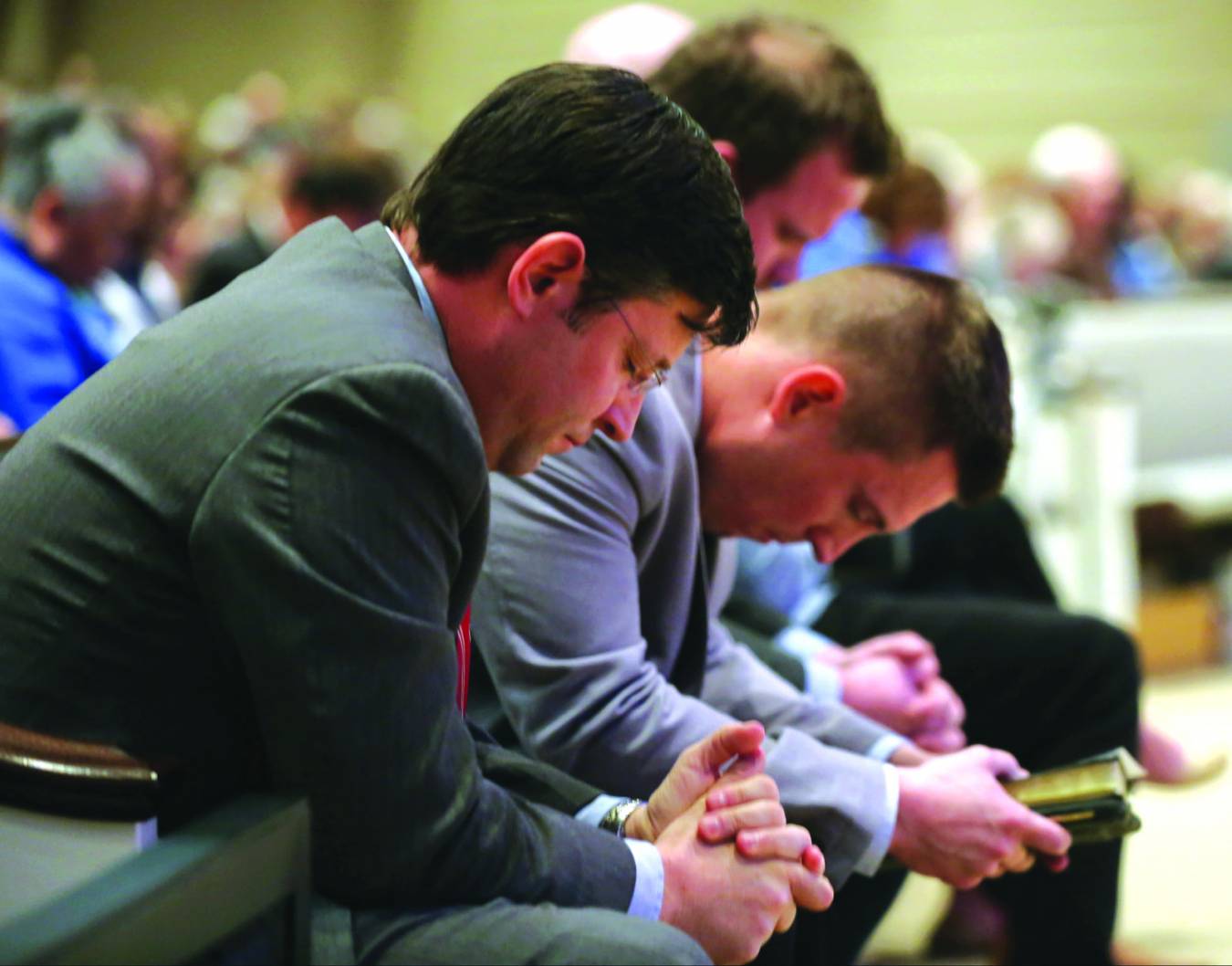 U.S. Rep. Mike Johnson, a member of First Baptist Church in Bossier City, said with darkness encroaching upon the nation, many Christians wonder what part they can play to reverse course and revival to come.

The answer, Johnson said, is found in Jesus’ command to engage the culture.

“He said you are called to be the salt and light,” Johnson said. “He said the only thing that can dispel the darkness is the light of Truth, and you don’t take your light and put it under a bushel basket. You take it out in every single arena of the culture in which you are planted. You take it into every aspect of society because ‘you are My disciples, you are My followers.’”

“Let’s pray so this land can be the shining city on the hill, so we truly can remain one nation under God,” he said.

“It is very difficult to wear a badge today and we owe them a great gratitude and a lot of prayer,” he said. “It’s not the highest paid position in our society but it ought to be one of the most respected positions in our society.”

Former Northwest Louisiana Baptist Association Director of Mission Wayne Dubose closed the prayer gathering by reminding the crowd that more than 90,000 believers were martyred in 2016 and that many more are being tortured, living in fear, daily, for their lives.

“Heavenly Father, we pray that persecuted believers would be infused with hope for a better day,” Dubose said.

“We ask that the Holy Spirit would comfort and strengthen them. Please give them an understanding of how much you love them. Bring them wisdom to know how to share the Gospel in their circumstances. We pray that a strong remnant of the persecuted church would be able to safely stay in their homeland and function as light and salt for you.”

By Chuck Kelley Rarely does Hollywood contact a Southern Baptist seminary, but rarely is not never. One day location scouts for a major motion picture to be filmed in New Orleans called NOBTS and asked to tour the campus. They were looking for a place that with a bit of movie magic could be made to look like the … END_OF_DOCUMENT_TOKEN_TO_BE_REPLACED