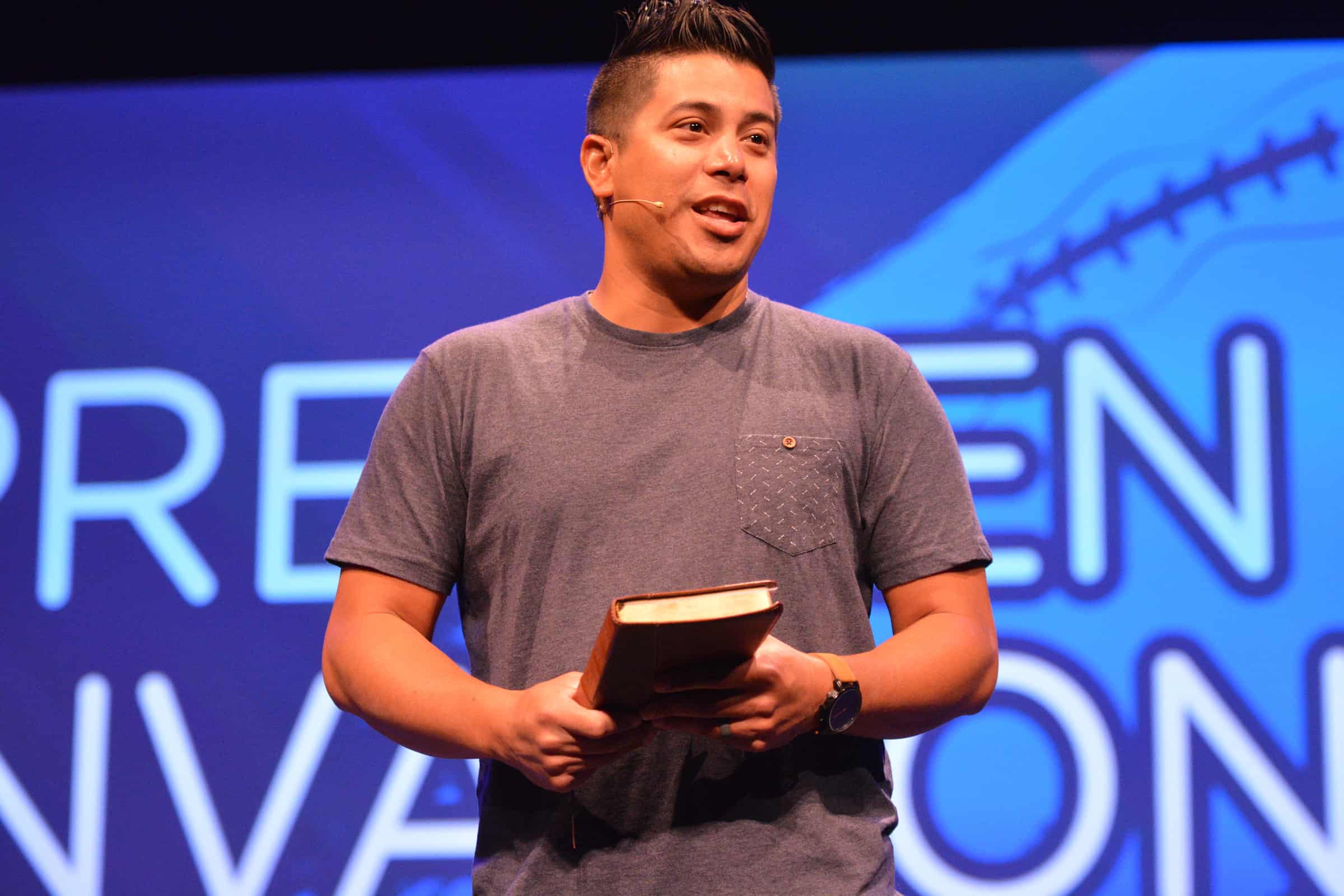 “We may think as long as we do life for Jesus on Sunday, Wednesday, and at church camp, we are obeying what God wants,” Mariano said during the annual event for fourth, fifth and sixth graders at Calvary Baptist Church in Alexandria. “But what God wants is not our actions. He wants our hearts. He wants every bit of who we are.”

Mariano, worship pastor of The FOUR56 Church in San Angelo, Texas, was the main speaker for Pre Teen Invasion. The event also featured music by the worship team from Cypress Baptist Church in Benton and powerlifting demonstrations by Steve Carrier of MegaForce Ministries.

“I love Preteen Invasion because it gives our fourth, fifth and sixth graders a chance to spend the day hanging out and enjoying being with each other while being pointed directly to Jesus,” Anderson said. “This event, which the Lord has let me be a part of over the years, is easily one of my favorite ministries.”

Fourth-grader Bayla Procell was among five in attendance from Robeline Baptist Church.

“I loved Mr. Steve (Carrier) broke all kinds of stuff that seems so hard to do,” Procell said. “He encouraged us to do better with teamwork and to cheer others on.”

“We came together to share Jesus with others,” said Taylor, a member of Kingsville Baptist Church in Ball. “All people love Jesus and we can be the ones who can go and share Him.”

By David Jeremiah EL CAJON, Calif. (BP) - Something strange happens to the psyche of a nation in difficult times. The downtrodden begin to resent government and wealthy corporations and individuals, seeing them as out of touch with, if not the cause of, their plight. Desperation can lead to a reversal of … END_OF_DOCUMENT_TOKEN_TO_BE_REPLACED