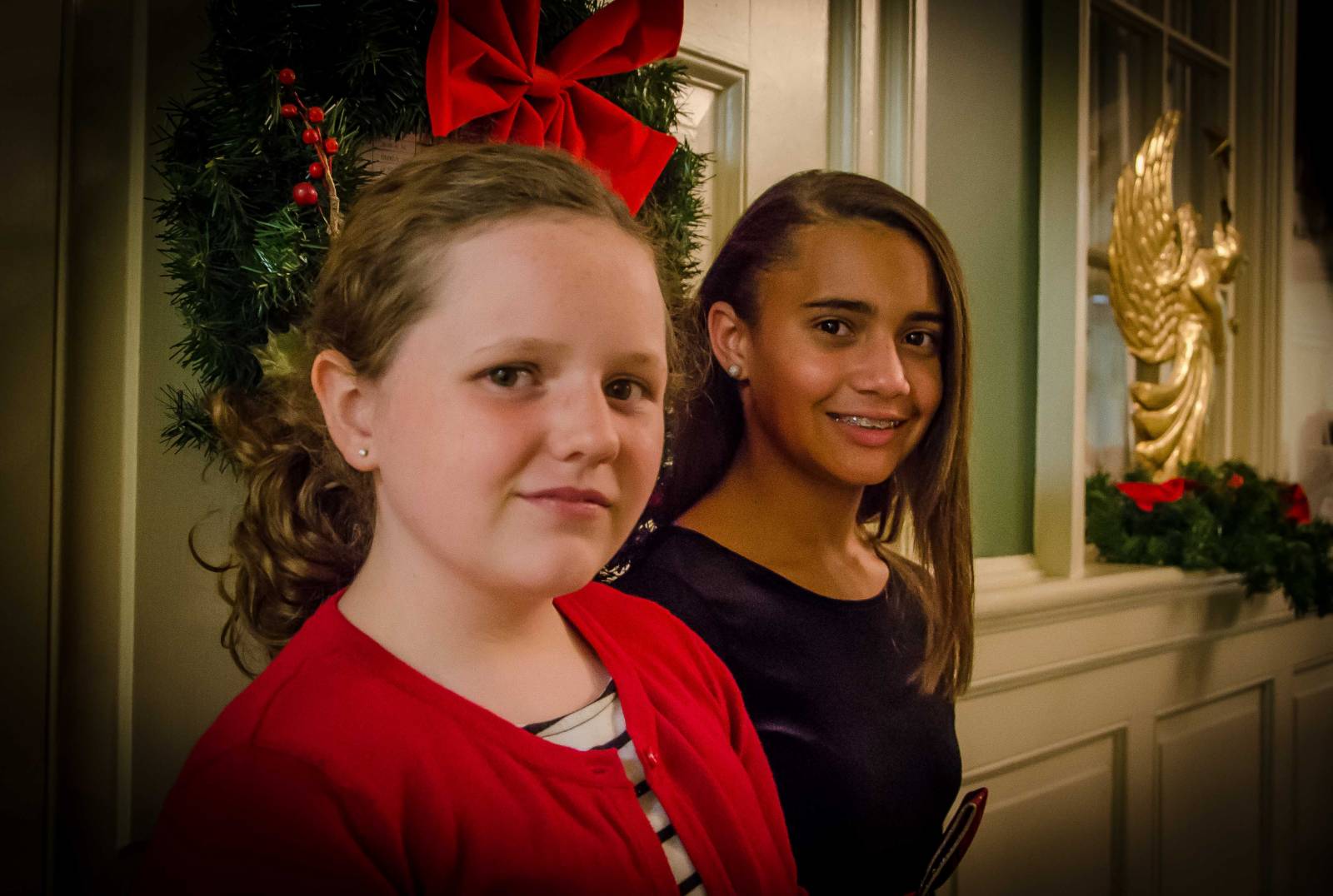 NEW ORLEANS – When Jay and Elizabeth Terrill decided to forego Christmas gifts to each other and instead give the money to the Lottie Moon Christmas Offering, they knew their family could do more. Their daughter Mollie, 11, along with cousin, Lexi Cole, 11, had an idea: a Christmas Market craft fair to benefit the International Mission Board.

With the recent IMB financial/personnel cuts in mind, the girls enlisted the help of their church – Gentilly Baptist Church, New Orleans – and set a goal of $1,000 for the December 5 fair. With donated crafts, baked goods, garden plants and other items for sale, the fair netted $1,067.

“I was so excited,” said Pam Cole, grandmother of the two girls. “For them to have other people on their hearts at this time of the year was what was so special to me. They wanted to give and help the missionaries stay on the field.”

Staged less than a month after the girls approached pastor Ken Taylor with the idea, the event drew in nearly 80 in attendance, said Dennis Cole, associate pastor and the girls’ grandfather. Taylor and Cole are both serve as professors at New Orleans Baptist Theological Seminary.

Pre-teen aged girls at the church made ornaments and crocheted bracelets. Children four to ten years old contributed crafts such as jingle bell necklaces and nativity scenes made from tongue depressors.

One item sold at the craft fair was an acrylic painting by Hannah Scarbro, a college art major and a NOBTS student and daughter of former IMB missionaries who served in the Philippines.

The event was publicized on social media and in the local newspaper. The girls put up flyers for the event at the nearby NOBTS campus, noting that proceeds benefited the IMB.

Mollie said she and her cousin thought of the idea in part because a long-time member and friend, *Sandra, now serving with the IMB, had visited the church recently.

“One of our missionaries who used to go to our church told us how it is important to give money to the missionaries,” Mollie said.

“When people stop giving then less people get to know the Good News,” Lexi added.

Pam Cole said that her family, along with church members, frequently wear the “Not On Our Watch – Support the International Mission Board” t-shirts designed and printed by an NOBTS student and others, and sold on campus during the NOBTS Global Missions Week, Nov. 3-5. Proceeds went to the IMB.

The t-shirts reflected a rhetorical answer of “Not on our watch” to the question of whether Southern Baptists would allow personnel to come home in light of Jesus’ commission to send workers into the harvest field.

Elizabeth Terrill said that her daughter came to her two weeks before the Christmas market and asked why missionaries are wanted on the field, but people are unwilling to support them financially.

“In that moment, I knew that she really grasped the issue at hand and that it was really weighing on her heart,” Elizabeth Terrill said. “Watching them has been affirmation that we as parents and as a church are having a lasting effect on these children and they in turn are having an effect on the Kingdom.”

With the NOBTS campus one mile from the church, Taylor said the girls grew up learning about missions and being exposed to missionaries.

“They spurred our church to action and we were all impacted,” Taylor said. “A small dream of these two girls encouraged many in the church to come up with things we could make or grow to sell. I think this will become a missions tradition in our church.”

Elizabeth Terrill said the girls are already making plans for the next year’s market. “I can’t wait to see how God will continue to use them,” she said.

*Name has been changed for security purposes.

By Waylon Bailey Recently, I saw a tweet on Twitter that asked the question, “What would Jesus do in the midst of a worldwide pandemic?” No answer to the question was given, but the author obviously had an agenda and a suggested answer. The good news is that it led me to really ask, “What would Jesus … END_OF_DOCUMENT_TOKEN_TO_BE_REPLACED