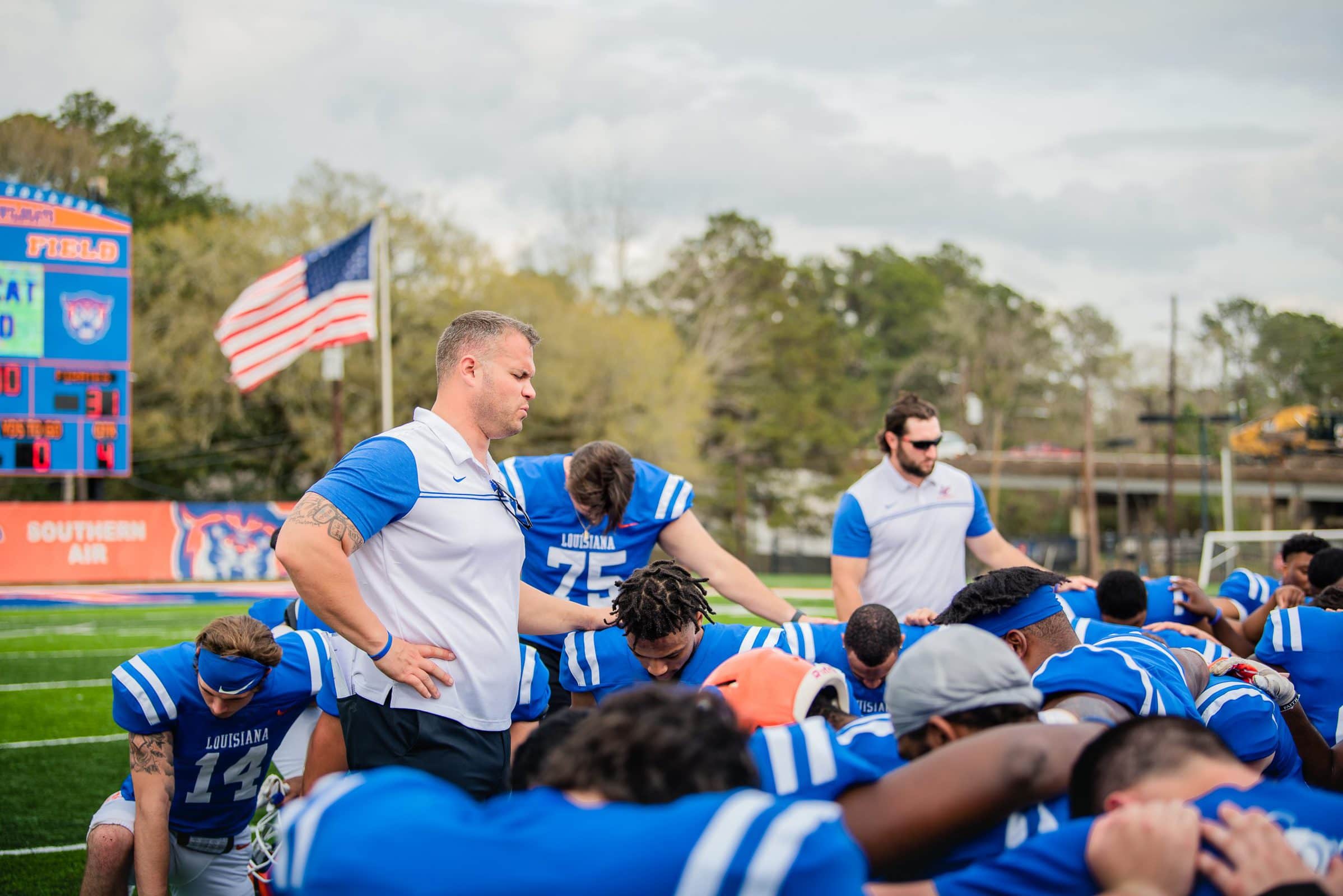 PINEVILE, La. (LC News) – Louisiana College Wildcats had been hard at practice preparing for their first game in the NAIA, but an even more important decision was made by 21 football players recently, as they made professions of faith, accepting Jesus Christ as their savior.

”As a coach you want to have a lasting impact on your players, that’s why you get into this job,” said Head Football Coach Andrew Maddox. “The best feeling in the world is when a player turns his life over to Christ. The best part about being at Louisiana College is that we don’t have to hide who we are here, and our players get to hear everlasting truth.”

Even though Louisiana College is a Baptist, Christian institution, students come to the college from all different faith and no-faith backgrounds.

President Rick Brewer said he expects even greater things on the horizon on LC, as the Lord has his hand on the College.

“We have the largest freshman class in history, and we have already had some spirit-filled speakers share the Word of God in relevant ways for today’s students,” Brewer said. “We also have a lot of new and outstanding athletes on our teams. We expect great changes in the hearts and minds across campus this semester.”

The Wildcats, during their season opener Aug. 28, fought back from a 34-7 deficit to take the lead late in the game against North American University. However, LC fell just short in the end and  dropped its first game as a NAIA member 42-41 to the Stallions.

By Mark Devine As the dust settles from the annual meetings of two major evangelical denominations, the contrast between them could hardly be more stark. Courage won the day among those gathered for the PCA. Fears of elitists won out among the messengers to the SBC. ... READ MORE … END_OF_DOCUMENT_TOKEN_TO_BE_REPLACED