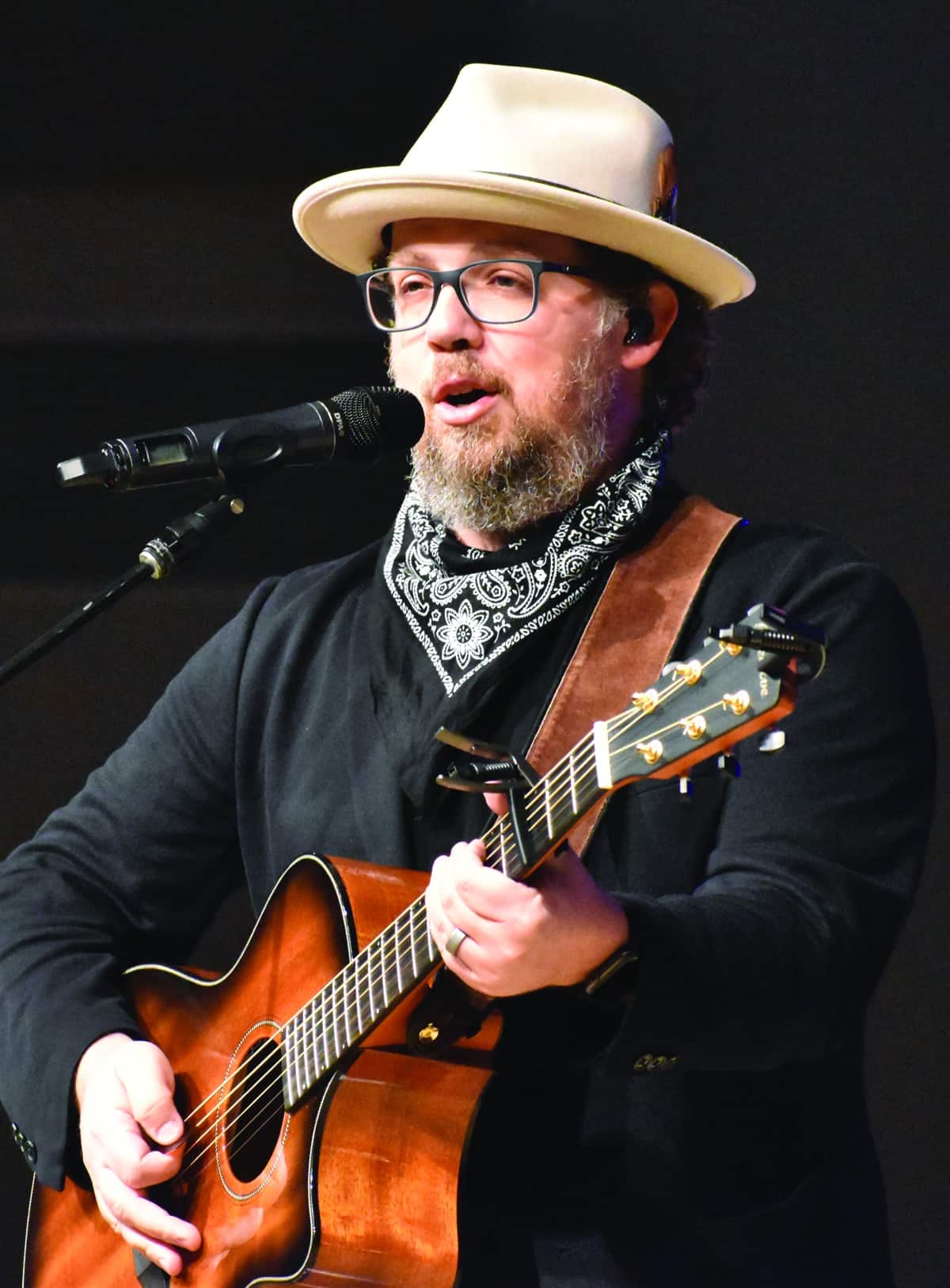 Jason Lovins, the contemporary Christian musical artist, told the crowd at the 2021 Evangelism Conference that his praying grandmother helped to shape his life. Brian Blackwell photo

SHREVEPORT, La. (LBM) – Contemporary Christian musical artist Jason Lovins has never met his dad, but the love shown by his mother and grandmother sustain him, he said Jan. 26.

At 15 years old, his mother was raped and did not realize she was pregnant until after a visit to her doctor. The news shocked the family, but they supported Lisa’s choice to go through with the pregnancy.

“I had a praying mawmaw who said we’re going to go to church and we’re going to pray,” Lovins shared with Louisiana Baptists during the second day of the 2021 Evangelism Conference at Summer Grove Baptist Church in Shreveport. “And that’s what they did.

“If you would have heard her tell the story, she would have made it sound so simple,” he explained. “And I understand that it couldn’t have been that easy. But, you see, my grandmother very much understood how big God is. She believed that He is so big, in fact, that He wasn’t surprised by me.”

Lovins, the lead singer for the Jason Lovins Band of Ashland, Ky., credited his grandmother, Mary Jo, with a faith that helped guide the family throughout the ordeal.

“She believed with all of her heart these things that we read in Jeremiah that He formed me in my mother’s womb and that He had a plan for me,” he said. “So, for her and her 15-year-old daughter, they had some choices that they had to make. She told me ‘I had Christian people tell me, “Now Mrs. Lovins in the case of rape nobody will be upset with you if you allowed your 15-year-old daughter to have an abortion.”’”

Lovins said throughout his childhood his family showered him with the love of Christ.

“My family made it very clear to me at a young age that ‘We don’t even know who your dad is; but you have a heavenly father who loves you more than you will ever know,’” he said. “And they would just continue to remind me that over and over and over. And it’s always been enough.”

His grandmother has passed, but Lovins seeks to honor her by sharing the courageous story of how he was given life when his mother could have made another choice.

“This mawmaw I talk about all the time, we were very close,” Lovins said. “She was just remarkable in so many ways. You couldn’t have a conversation with her for more than a few seconds and, somehow, she would point you to Jesus. That’s just who she was.”

By Stewart Holloway PINEVILLE, La. - I’ve heard people say, “If that doesn’t light your fire, your wood is wet.” I would say that about yesterday. It’s been a while since I had a 15 1/2 hour Sunday and was so jazzed when I got home that it was hard to come down. But yesterday was that. First, we had baptisms … END_OF_DOCUMENT_TOKEN_TO_BE_REPLACED