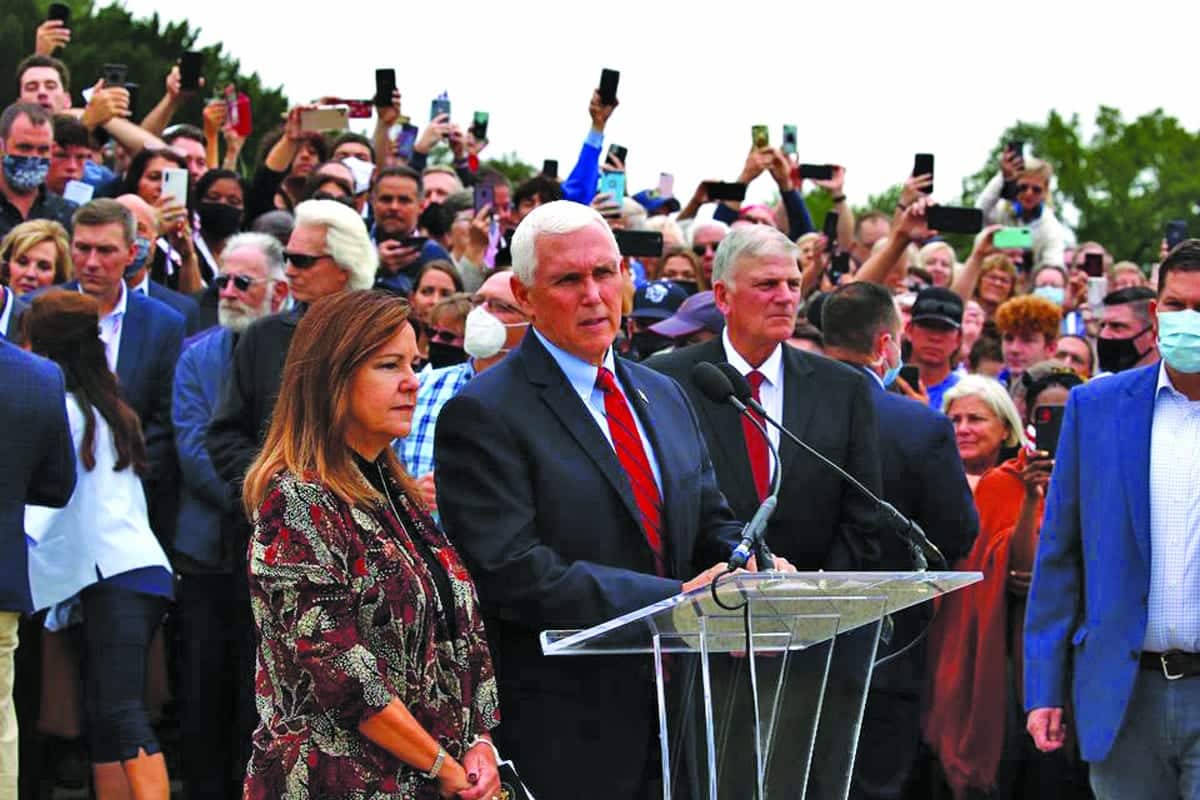 Vice President Mike Pence and his wife Karen made a surprise appearance at Prayer March 2020 on the National Mall in Washington, D.C., Sept. 26, and thanked the crowd for their prayers. BGEA photo

A number of Louisiana Baptists joined more than 100,000 prayer warriors around the National Mall and another 3.8 million from 57 counties who watched via livestream Prayer March 2020, for the spiritual march organized by Franklin Graham, president and CEO of the Billy Graham Association.

Many also participated in the Return, a global prayer event held on the National Mall the same day. Participants cried out to God for repentance and revival during a time of division and unrest in the United States.

Vice President Mike Pence even made a surprise appearance and thanked the crowd for their prayers. He urged them to continue praying with confidence for the nation.

“In these challenging times, we are to remember that in everything by prayer and petition with thanksgiving, we are to present our requests to God,” Pence said. “The Bible tells us to persevere in prayer. That the prayer of the upright pleases Him. That the effect of the fervent prayer of the righteous people availeth much.”

Deanne Denton, wife of David Denton, pastor of Highland Baptist Church in New Iberia, was moved by the mass gathering of people from all denominations and ethnicities whose sole purpose was prayer.

“It was a powerful day of prayer for repentance and revival made on behalf of ourselves, our nation, and our world,” Denton told the Baptist Message. “There were no politics, no protest — just the power of the Holy Spirit. It was an unforgettable, life-changing time that, we pray, sprouts seeds of revival we so desperately need.” 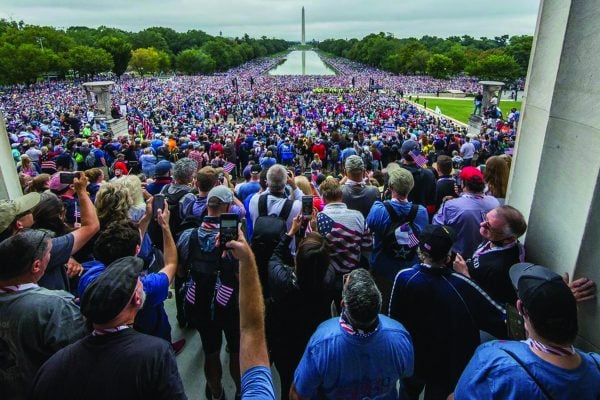 Ricky Murphy, a member of Celebration Church in Metairie, recalled one participant who held up the sign “Jesus is King,” which he said captured the essence of why thousands of prayer warriors had gathered at the National Mall.

“Believers must realize Jesus is King,” he said. “We as believers cannot fail to forget that while we want righteousness in politics, it won’t always happen. That’s when we must be reminded who is in charge and whom we serve.”

Immanuel Baptist Church in Morgan City was among several churches in the state who hosted a live simulcast of the prayer march and the Return. Pastor Jody Blaylock said the events reminded his congregation about the need to focus on God.

“We have been praying for a revival for quite some time,” he said. “We are starting to see a move of God in our hearts. COVID-19 has caused a lot of difficulties, but also has caused a lot of examination of why we do church.
I believe this is true, not just with Immanuel, but all the churches. I am very thankful for the people at the Return and Franklin Graham for organizing these events.”

“We sought to encourage those who have served so faithfully through COVID-19, and in southwest Louisiana, Hurricane Laura,” he said. “We feel God was honored.”

Bonita Road Baptist Church in Bastrop drew 30 for a prayer gathering Saturday evening. Pastor Casey Johnson said the spirit of prayer carried over to the worship service the following day at the morning worship service.

“I challenged our people on Saturday to realize that the revival fire must first burn in us as individuals if it is to ever impact our nation,” Johnson said.“We closed out our prayer services by asking God to show us our greatest individual need and we flooded the altar, asking God to meet that need in us. The best way I can describe it is that it was a very intimate moment between God and His children. It was a special time for all of us.”

By Steve Horn ALEXANDRIA, La. (LBC) - This year has brought about more challenges and cancellations than any of us care to recount. For those meetings and events that were scheduled, more times than not, they happened virtually rather than in person. This has been true for us as Louisiana … END_OF_DOCUMENT_TOKEN_TO_BE_REPLACED