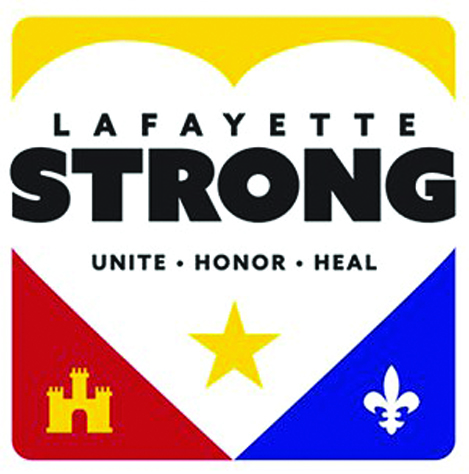 LAFAYETTE – First Baptist Lafayette is partnering with 34 other local churches to promote two city-wide prayer events tonight and Thursday evening.
Tonight’s event – a city-wide prayer service – will be held at Crossroads Church, located at 150 Verona Drive at 7 p.m. while the second will be more of a community memorial service, which is being organized by the Lafayette Consolidated Government and will be held at Blackham Coliseum.
These two community events are in response to the tragic shooting deaths of Jillian Johnson, 33, and Mayci Breaux, 21, who were killed by 59-year-old John Russel Houser, an Alabama drifter who opened fire inside a crowded movie theater in Lafayette.
On July 23 around 7:30 pm on during a showing of the movie “Trainwreck”, Houser of Phenix City, Ala., got up from his seat at the Grand Theatre off Johnston Street and opened fire with a semi-automatic handgun according to Lafayette Police Chief Jim Craft.
Johnson and Breaux, who were sitting in front of him along with nine others where shot killing both of them and wounding nine others who were transported to three area hospitals for treatment.
Houser tried to escape by blending into the fleeing crowd after one of the victims pulled a fire alarm and hundreds poured out of the theater complex, but his escape was prevented because of the quick response from Lafayette law enforcement.
He went back into the theater, reloaded; shot several more times before taking his own life.
“In the Bible and throughout all of history, people have called out to God during times of crisis and tragedy,” said Steve Horn, Pastor of First Baptist Lafayette and president of the Louisiana Baptist Convention. “We believe the need in this hour is for our community to look to God.”
“In Genesis 4:26, we read, ‘At that time people began to call on the name of the Lord,’ said Horn. “There has always been something within humanity that moves us to call out to our Creator in times of crisis and tragedy.
“We have many examples of people calling out to God,” Horn continued. “Even our Lord Jesus Christ, when faced with history’s greatest crisis, His own crucifixion, gave us a powerful example by calling on His Heavenly Father.
“Indeed, the need of the hour in this community after what has transpired is to look up and cry out to God,” said Horn. “As a result, we are helping to promote these two city-wide events—one tonight at 7:00 p.m. and one on Thursday night at 7:00 p.m.”
“We are still hammering out the details of the program, but having just returned from a meeting with about 35 area pastors, I would just say, ‘Don’t miss this service,’” said Horn.
The Thursday night event is being called “Lafayette Strong: Unite. Honor. Heal” and will be held at Blackham Coliseum.
“This is a church response with an emphasis on prayer,” said Pastor Bobby Richard of Hope Alive Freedom Church in Lafayette. “It is a cross-denominational event where everyone is welcome.”
“Obviously, both of these events are short notice, but both are necessary in the ongoing healing of our community,” said Horn. “We already have the concert planned for Thursday night at FBC with the Hoppers, and we certainly want that to be a great event. However, if you do not have tickets to the concert and have no intention of attending, I certainly hope you will strongly support the Thursday night event.”