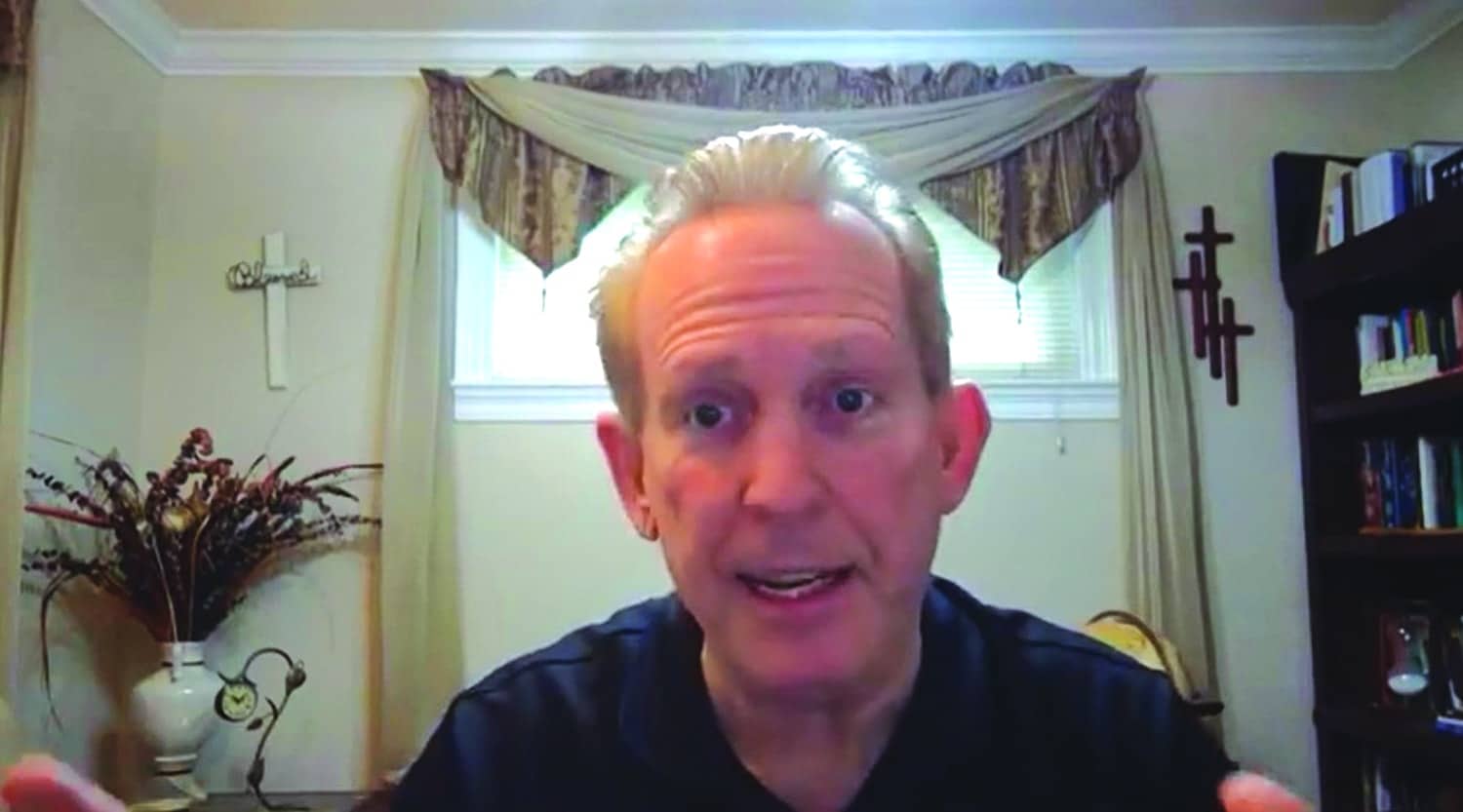 ALEXANDRIA, La. (LBM) – Corporate prayer at 7:14 every morning and evening, in the months following the onset of COVID-19, have sparked a renewed commitment to discipleship and evangelism among Louisiana Baptists.
At least 30 members of Calvary Baptist Church, Alexandria, have joined the prayer movement, based on 2 Chronicles 7:14, “if my people, who are called by my name, will humble themselves and pray and seek my face and turn from their wicked ways, then I will hear from heaven, and I will forgive their sin and will heal their land.” The twice-daily prayer times, in effect since mid-March and the onset of the COVID-19 pandemic, also attract 150 others from across the nation to participate regularly.

The call is sponsored by Project 200, a nationwide community of men passionate about the Great Commission which includes an emphasis on discipleship.

Jeff Draughon, a CBCA member as well as a member of the Project 200 board, said prayer calls have been a “game changer” for so many individuals and families across the country and even internationally. He noted that more than 700 calls have taken place since March 19, 2020.

“The powerful, spirit-filled devotionals have been led by people of all walks of life and all levels of spiritual maturity,” Draughon told the Baptist Message. “For me, personally, the 7:14 a.m. call has been like a pre-game locker room spiritual boost before the day begins and the 7:14 p.m. call has been a spiritual rejuvenation to cap off the day. For the rest of my life, I will never read 2 Chronicles 7:14 or see 7:14 on the clock without remembering these special calls.”

Jerry Blackmon, also a Calvary Baptist member and a member of Project 200, said the prayer calls have taken his spiritual walk with the Lord to an even deeper level.

“Our main goal is to encourage one another to make disciples,” Blackmon said. “These guys are all soul winners. Our big emphasis is to raise up other disciples. I think that’s where the church fails at times.”

Blackmon has been passionate about sharing Christ with others since he led a childhood friend to Christ 45 years ago as part of an evangelistic door-to-door outreach in Winnsboro. Blackmon, who was a member of First Baptist Church in Winnsboro at the time, said seeing someone accept Christ is a joyful experience unlike any other.

Today, he takes every opportunity to plant Gospel seeds with the hopes of a harvest. Blackmon, who is retired from a granite company in Pineville, has even used his retirement days to share the Gospel and disciple others as marketing director for a sandwich shop in Alexandria, where several co-workers have turned to Christ.

Blackmon said the prayer call has given him great encouragement each morning and evening to continue his task of sharing the Gospel.

“The intentionality is a huge deal,” Blackmon said. “We walk past people every day who need to know Jesus. But when we are faithful to ask God to put somebody in front of us, we better be ready because He’s going to do just that. When we look at them through Jesus’ eyes we see them.”

Dennis Watson, lead pastor of Celebration Church in the New Orleans area, said that since March 2020, more than 100 members and other individuals have tuned each day to the Facebook Live stream or listened to the recorded broadcast later in the day. He anticipates they will continue the daily prayer calls, which he said have been the longest continuing time of corporate prayer in Celebration Church’s history.

Watson noted that some who were unable to return to church for many months throughout the pandemic found the daily prayer calls as a way they can remain engaged in the church’s ministries.

“We have seen God at work in people’s lives in so many incredible ways in response to our prayers,” he said. “We’ve had people with no hope for survival and they rebounded physically and are now doing well. We had a number of people who have needed jobs, and God blessed them with new work opportunities. We’ve had people tell us in the prayer times that their marriage was over, and yet a week or two later they were reconciled with their spouses. People who were haphazard in their prayer lives have become consistent prayer partners and prayer warriors.”

By Rebecca Holloway PINEVILLE, La. – For years, I have read and heard the statement, “We need to hold life/our family/our possessions with an open hand.” The idea is that we are not in control of our lives or anything else on this planet. God is in complete control of all things and has the power and right to … END_OF_DOCUMENT_TOKEN_TO_BE_REPLACED