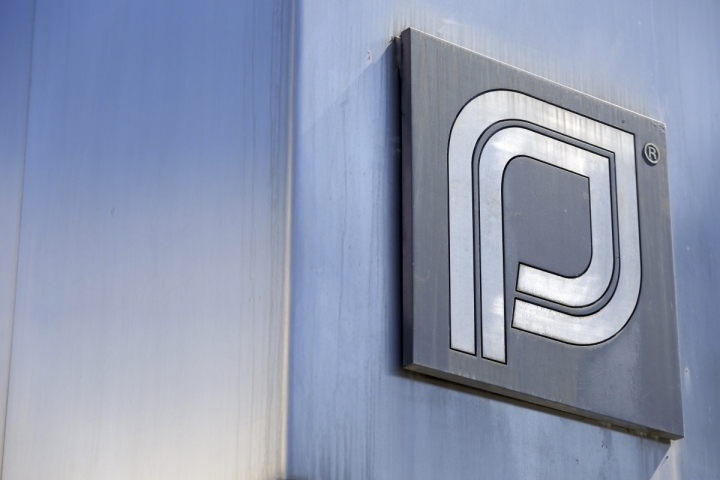 NEW YORK  – Caught red handed by an undercover video exposing its practice of exchanging the body parts of aborted fetuses for financial “reimbursements,” the national leadership of Planned Parenthood is digging in its heels, insisting its practices are legal and it – the nation’s largest abortion provider – has been defamed.

Shortly after the video surfaced showing Dr. Deborah Nucatola, head of the organization’s medical services department, discussing over a salad and glass of wine how she kills infants in a way that preserves their vital organs for medical research, Planned Parenthood’s vice president of communications claimed the video was full of false and discredited accusations.

“These groups have been widely discredited and their claims fall apart on closer examination, just as they do in this case,” Ferrero said.

In the video, shot by the Center for Medical Progress, Nucatola is seen discussing how those who pay for fetal tissue want body parts delivered.

“I’d say a lot of people want liver. And for that reason, most providers will do this case under ultrasound guidance, so they’ll know where they’re putting their forceps. The kind of rate-limiting step of the procedure is calvarium. Calvarium—the head—is basically the biggest part.”

Nucatola continues to explain, “We’ve been very good at getting heart, lung, liver, because we know that, so I’m not gonna crush that part, I’m gonna basically crush below, I’m gonna crush above, and I’m gonna see if I can get it all intact.”

Those body parts are then transferred to medical research facilities which “reimburse” Planned Parenthood for their expenses, often above the break-even point, as Nucatola describes.

But Ferrero insists that the video has been edited to show Planned Parenthood in a bad light. He said in his first statement – short and concise – that patients at the abortion provider’s clinics voluntarily agree to donate fetal tissue after the procedure.

“In some instances, actual costs, such as the cost to transport tissue to leading research centers, are reimbursed, which is standard across the medical field,” Ferrero said.

But that doesn’t gel with Nucatola’s description of the value of each organ or the scenario in which the meeting took place, in which actors from the Center for Medical Progress posed as “buyers from a human biologics company.”

In the video she claims the monetary value of the “tissue donation” depends on the amount of work involved and the facility.

“You know, I’m — I could throw a number out that’s anywhere from $30 to $100 depending on the facility, and what’s involved. It just has to do with space issues, are you sending someone there that’s going to be doing everything, or is their staff going to be doing it? What exactly are they going to be doing? Is there shipping involved, is somebody coming to pick it up — so, I think everybody just wants to — it’s really just about if anyone were ever to ask them, well what do you do for this $60, how can you justify that? Or are you basically just doing something completely egregious, that you should be doing for free. So it just needs to be justifiable,” Nucatola said.

The damage caused by Nucatola’s candid discussion of trafficking fetal tissue led Planned Parenthood to issue a second statement, clarifying the first issued the day before. In that statement, the organization claimed the “sting video” was edited to deceive the “millions of women, men and young people that rely on Planned Parenthood health centers for high-quality, compassionate and affordable health care.”

Ferrero said in the statement:

“These outrageous claims are flat-out untrue, but that doesn’t matter to politicians with a longstanding political agenda to ban abortion and defund Planned Parenthood. Women and families who make the decision to donate fetal tissue for lifesaving scientific research should be honored, not attacked and demeaned. Our medical practices and guidelines in this area are clear, and we do this important work just like other high-quality health care providers — with full, appropriate consent from patients, under the highest ethical and legal standards, and with no financial benefit for the patient or Planned Parenthood.”

As proof, Planned Parenthood is relying on an analysis of the video transcript from Media Matters, a leftist media service aligned ideologically with the Democrat Party and the abortion industry. In its take on the video, the group claims Nucatola never spoke of selling human tissue.

But she did, indicating that the procedures being discussed by her and the actors had to be done in such a way to avoid the appearance of selling tissue.

The “buyer” tells Nucatola in the video, “So, the main thing, well, not the main thing that I would like to discuss is, I’d really like to connect with people who feel they don’t know we’re out there. They don’t know there’s this opportunity. And that could be a little touchy, for them more for us, and I want to be delicate to any reservations.”

“Yeah, you know, I don’t think it’s a reservations issue so much as a perception issue, because I think every provider has had patients who want to donate their tissue, and they absolutely want to accommodate them. They just want to do it in a way that is not perceived as, ‘This clinic is selling tissue, this clinic is making money off of this.’ I know in the Planned Parenthood world they’re very, very sensitive to that. And before an affiliate is gonna do that, they need to, obviously, they’re not—some might do it for free—but they want to come to a number that doesn’t look like they’re making money. They want to come to a number that looks like it is a reasonable number for the effort that is allotted on their part. I think with private providers, private clinics, they’ll have much less of a problem with that.”

American Bridge, another political action committee aligned closely with the Democrat Party and President Barack Obama, also came to the defense of Planned Parenthood. The group said the video was “deceptively edited.”

By Rebecca Holloway PINEVILLE, La. – For years, I have read and heard the statement, “We need to hold life/our family/our possessions with an open hand.” The idea is that we are not in control of our lives or anything else on this planet. God is in complete control of all things and has the power and right to … END_OF_DOCUMENT_TOKEN_TO_BE_REPLACED