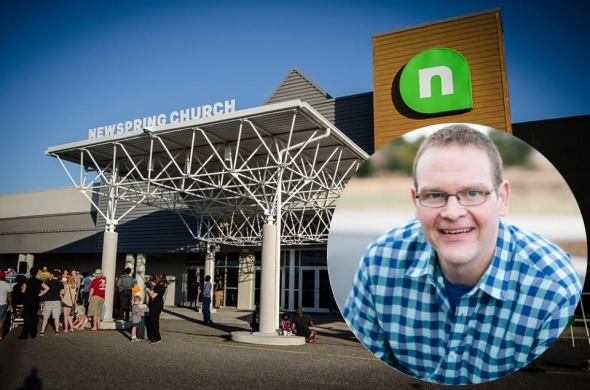 ANDERSON, S.C. (Christian Post) — After a week of whispers that he had been fired, NewSpring Church, a popular megachurch in South Carolina with a weekly attendance of 30,000, confirmed Sunday that Perry Noble, the church’s founding and senior pastor, has been fired for alcohol abuse and other “unfortunate choices and decisions” and is currently under psychiatric care.

“While this is the most difficult and painful decision we’ve had to make, unfortunately it was necessary. Perry has made some unfortunate choices and decisions that have caused us much concern,” NewSpring Church Executive Pastor Shane Duffey said at the 9:15 a.m. service.

He explained that the church tried for several months to help Perry after confronting him about his issues but he refused to take correction so they were forced to make the “painful” move.

“Over the course of several months our executive pastors met with and discussed at length with Perry these concerns regarding his personal behavior and his spiritual walk, Perry’s posture towards marriage, increased reliance on alcohol and other behaviors were of continual concern. Due to this the executive pastors confronted Perry and went through the steps of dealing with sin in the church as outlined in Matthew 18,” said Duffey.

“Because Perry chose not to address these ongoing issues and didn’t take the necessary steps toward correcting them, he is no longer qualified as outlined in I Timothy 3 and the church’s bylaws to continue as pastor of the NewSpring Church. We will continue to love Perry and his family during this difficult time. And we are committed to continue to pray for his healing. And we are also committed to providing personal support to Perry and his family in the days ahead,” he noted.

Duffey explained that he would not divulge much more about what led to Perry’s firing because it “would not be helpful to Perry or his family.”

To read the rest of the story, click here

By John Hebert, Louisiana Baptist missions and ministry team leader ALEXANDRIA, La. - “By faith Abraham, when he was called, obeyed by going out to a place which he was to receive for an inheritance; and he went out, not knowing where he was going.” (Hebrews 11:8) This verse describes the exercise of faith … END_OF_DOCUMENT_TOKEN_TO_BE_REPLACED