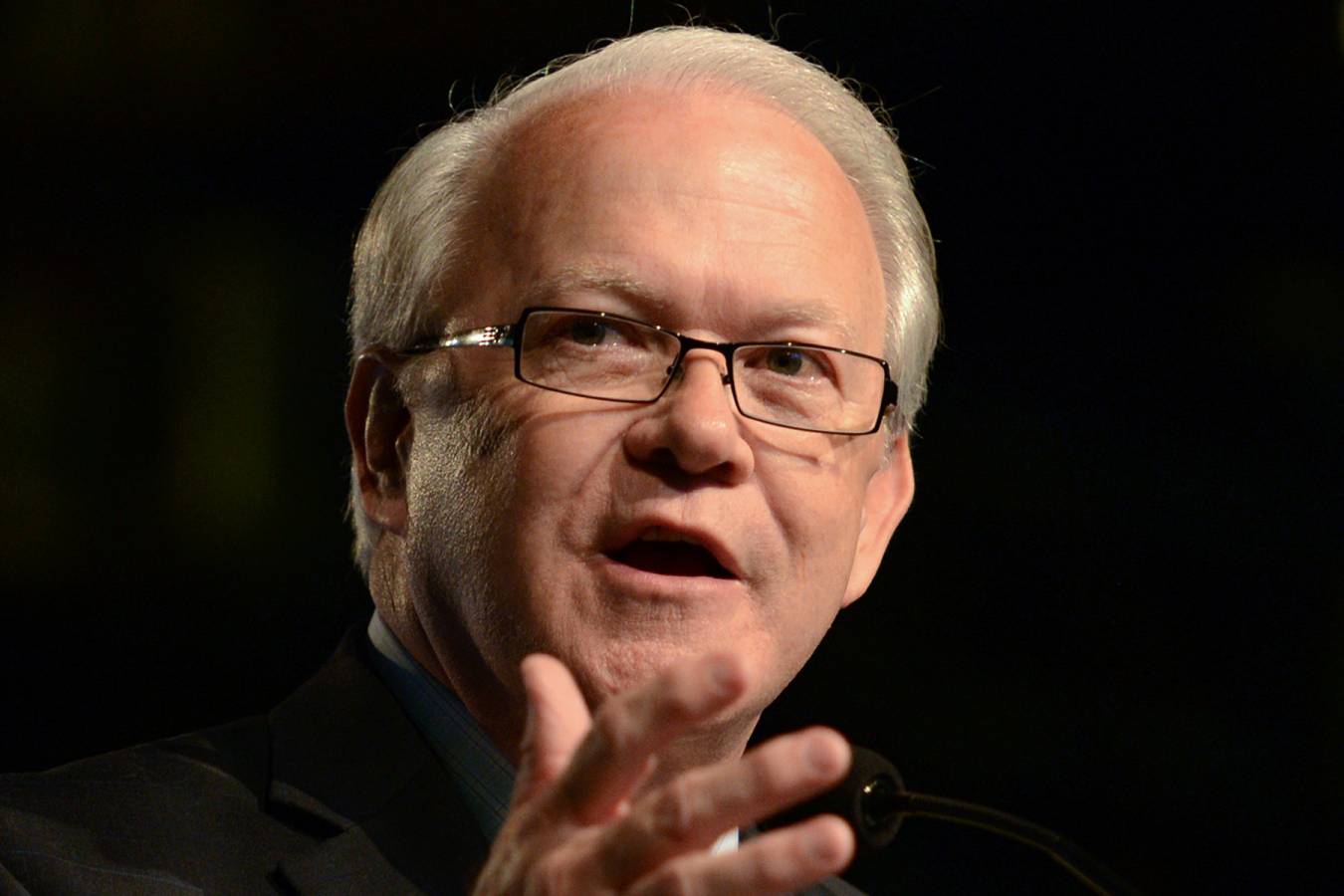 “Pastor Jay Pettus, who is away on sabbatical, had enlisted me to preach probably a year or more ago,” Page told Baptist Press, “asking me to preach on how to have hope in a [post-] Christian, postmodern culture. The message had already been planned,” connecting “powerfully with the events of the previous day. It just shows the power of the Holy Spirit.”

That same power will enable Christians to stand firm in faith and proclaim the spiritual truth of marriage the nation has deserted, Page said in his message at the Bowling Green, Ky., church.

“When societal forces rise up — we say we will stand against you in the power of the name of the Lord God Almighty,” Page preached. “We either believe in it, or we might as well go home.”

If leaders will stand on the power of God’s Word, congregations will be emboldened to follow, Page said, using the text of the shepherd boy David slaying Goliath in 1 Samuel 17, followed by the Israelites’ victories against a string of Philistine giants in 1 Chronicles 20 after David had begun his reign as king.

Just as David and the Israelites stood against the Philistines, Christians must stand against the giants facing modern culture, Page said, referencing such evils as racism.

Page called Christians to minister to homosexuals by engaging them in conversation and relationship.

“We will continue to speak the truth in love. We’ll continue to love every man, woman, boy and girl on the face of this earth. … The worst form of love is to love somebody and not tell them the truth,” Page said. “We’re in a culture that will not tell you the truth. We’re in a culture that will not speak the truth, but we’re continuing to fight the giants. We’re to do it in the spirit of love and kindness, but we will fight.”

Homosexual marriage will precipitate a cultural decline in America with an unknown ending, Page said, likely including court challenges to widely held tenets against polygamy, underage marriage, and marriages between cousins.

“Not a soul … knows where this is going to lead,” Page said, “for once a nation begins to do what no culture has ever done before, to totally disregard the way of God, whose Word … is unambiguous and clear, we have indeed embarked on a journey that is disconcerting and discouraging.”

Christians should not expect encouragement from the courts or government, but must rely on God’s Word.

“We should never underestimate the power of the enemy to use good thoughts to turn a nation in the wrong direction,” Page said. “All we’re hearing now is how we ought to accept love and tolerance, and ignore the Word of God, and ignore history, and ignore democracy.”

In comments to Baptist Press after the sermon, Page said the culture will necessitate a greater involvement of Christians in the political and governmental arenas, and will require parents, both fathers and mothers, to be more involved in their children’s lives.

“We should never, ever be caught again uninvolved,” he said. “And in a spiritual sense … we should always recognize that this world is not our home, and we must recognize our ultimate home lies elsewhere. Things will never be perfect until we arrive at home.”

He referenced Ephesians 6:10-13, encouraging Christians to “stand firm in the Lord and in his mighty power.”

“He’s our only hope and help,” Page said, “and we must commit our lives anew to Him today.”

By Chuck Kelley Rarely does Hollywood contact a Southern Baptist seminary, but rarely is not never. One day location scouts for a major motion picture to be filmed in New Orleans called NOBTS and asked to tour the campus. They were looking for a place that with a bit of movie magic could be made to look like the … END_OF_DOCUMENT_TOKEN_TO_BE_REPLACED