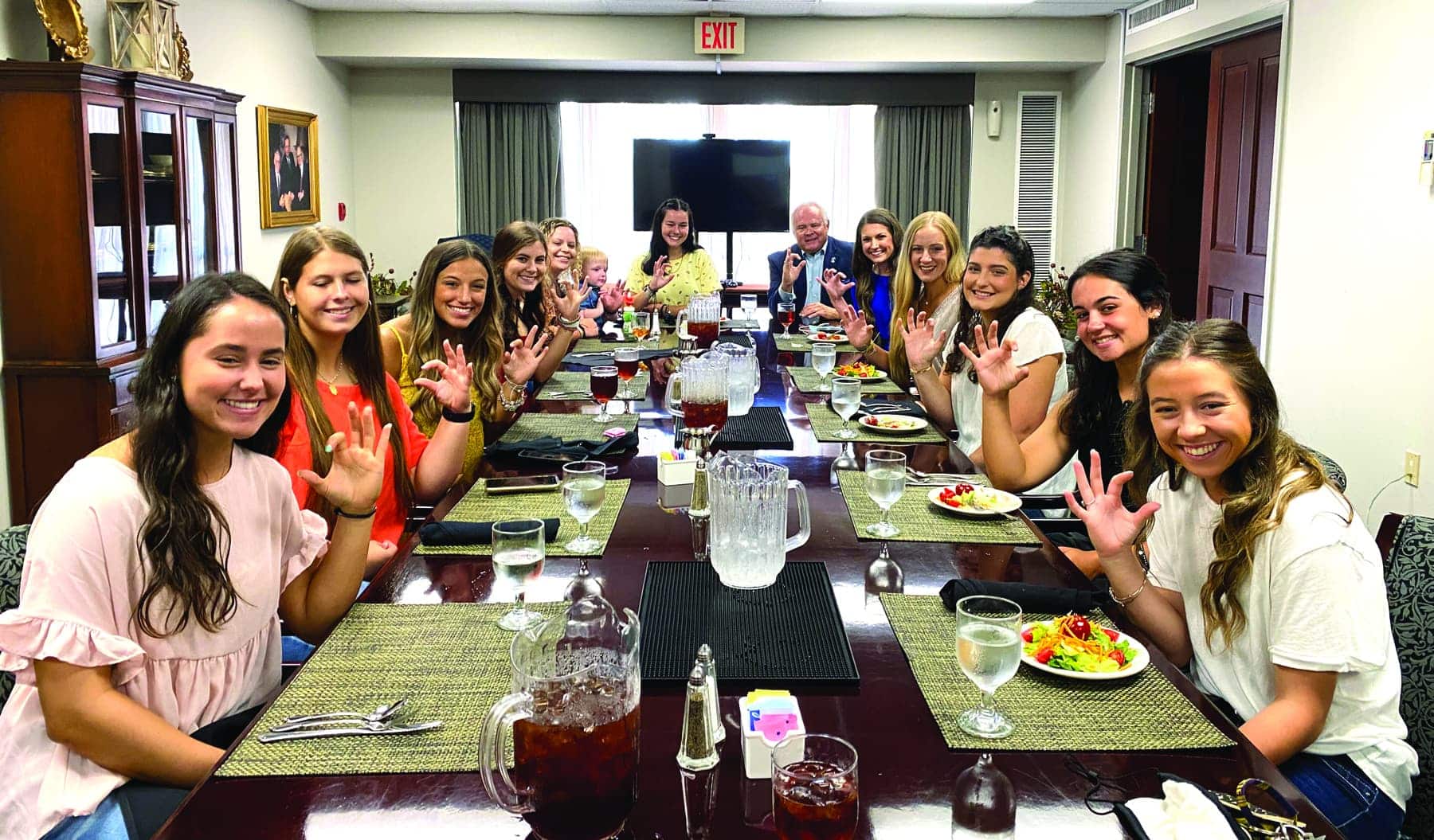 Isabel “Izzy” Armand, a sophomore exercise science major from Opelousas, was feted at a catered luncheon in the Presiden’t dining room along with her closest friends and LC President Rick Brewer.

Armand, who is a Wildcat navigator this year, facetiously told a packed Guinn Auditorium she wanted to increase the pay for faculty and cut student tuition as he first order of business. After LC President Rick Brewer explained the reality of her decisions, she said if she really had to choose something that she could do it would be to help her softball team and give them a locker room update.

“My illustration of granting Izzy both a PhD and Honorary President role was to demonstrate how someone (Christ) paid the price and placed her in a position of honor (PhD/President) through his (Christ’s) finished work at the Cross,” Brewer said. “All Izzy had to do was to receive the gift and step into her “calling” (putting on the robe, doctoral hood, cap & medallion).”

Following chapel, she was feted at a catered luncheon in the President’s dining room along with her closest friends and  Brewer.

Armand said she believes Brewer chose her for the honor because she was the first to share her five core values when he came and spoke to this year’s navigators on leadership.

Her values: Pray. Read. Write. Listen. Grow. And she said she tries to do each of these every single day.

Attending college was something very important to her and her family. Armand is a first-generation student, and both her parents came from large families and were not able to afford college. She plans on becoming an athletic trainer for a high school, then college, and she also wants to get a personal training certificate.

Sonia Tinsley, chair of the Division of Allied Health, said she is an amazing student-athlete. “She’s just as engaged in the academic side of college life as she is the social and athletic sides,” Tinsley said. “She is a leader in the classroom as well as other areas on campus. We were so proud to see one of our Health and Exercise Science majors, Izzy Armand be named “College President for a day!”

By Mark Devine As the dust settles from the annual meetings of two major evangelical denominations, the contrast between them could hardly be more stark. Courage won the day among those gathered for the PCA. Fears of elitists won out among the messengers to the SBC. ... READ MORE … END_OF_DOCUMENT_TOKEN_TO_BE_REPLACED