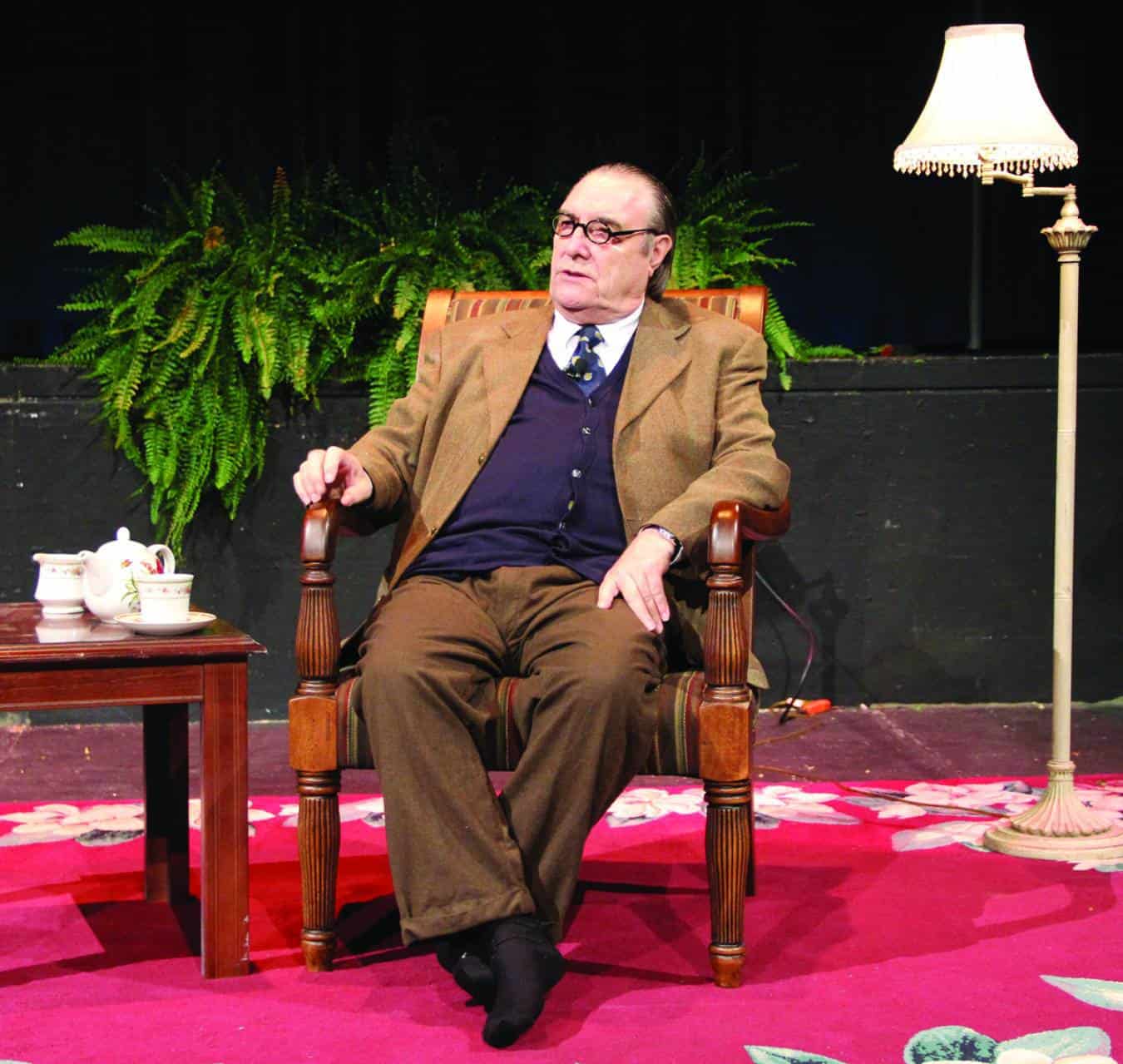 British actor David Payne illustrated some of the occurrences that marked the life and work of Clive Staples Lewis during a one-man play Feb. 22, 2018, at Louisiana College. Victor Villavieja photo

More than 500 people from as far as New Orleans and Benton, including a family of seven from Monroe came to Louisiana College to see the play, as the actor transported the crowd back to Lewis’s living room in Oxford, England.

Because LC’s Martin Performing Arts Center was standing-room-only, 75 others assembled in Bolton Chapel to watch the presentation via live feed.

From an upholstered armchair, Payne illustrated some of the occurrences that marked the life and work of Clive Staples Lewis.

Far from a thorough biography, Payne relies on a relaxed and eloquent monologue to unfold the reasons behind Lewis’s inspiration, his personality, and his faith. He, with his acting, invites every attendant to participate in a fictitious conversation with the deceased storyteller.

The British actor appropriates the novelist’s memories, sharing Lewis’ experiences with the public as if they were his.

Speaking in the first person, Payne recalls Lewis’s childhood and his years as a student in Oxford, his professional career as a professor, and, in particular, his friendship with J. R. R. Tolkien. 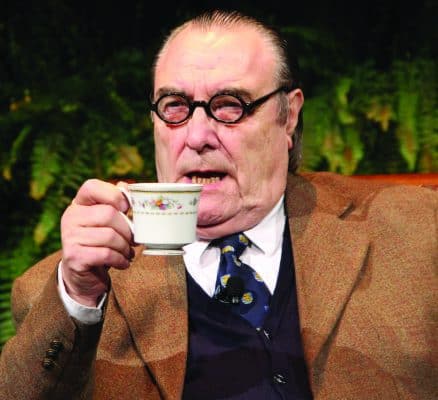 Payne also lays out how Tolkien’s influence drove Lewis away from atheism, and how Tolkien helped the author of Mere Christianity to embrace Christianity. American writer Joy Davidman, who died of bone cancer after marrying Lewis, also plays a key role in Payne’s theatrical representation of C.S Lewis.

Between sips of tea, Payne tells the story of Lewis with humor and emotion. Using nothing else but his gifted wit, the 70-year-old artist awakens both laughter and thought in the house.

While seated shoeless in his chair, Payne transforms himself into Lewis. The combination of his physical resemblance to the author, his British accent, and his mannerisms actually carries the audience into the presence of a significant contributor to Christian thought.

After more than 500 presentations, “An Evening With C.S Lewis” is still going strong. The performance is part of a U.S. tour in which more than 80 shows have already been confirmed.

“An Evening With C.S Lewis” was the first play of the year at Louisiana College. The premiere of The Music Man follows on March 17 at the Martin Performing Acting Center.

By Will Hall, Baptist Message executive editor ALEXANDRIA, La. (LBM) – It’s a presidential election year, Louisiana has suffered another devastating natural disaster, and as Yogi Berra has said, “It's déjà vu all over again." In 2016, presidential candidate Donald Trump came to Louisiana just days after the … END_OF_DOCUMENT_TOKEN_TO_BE_REPLACED