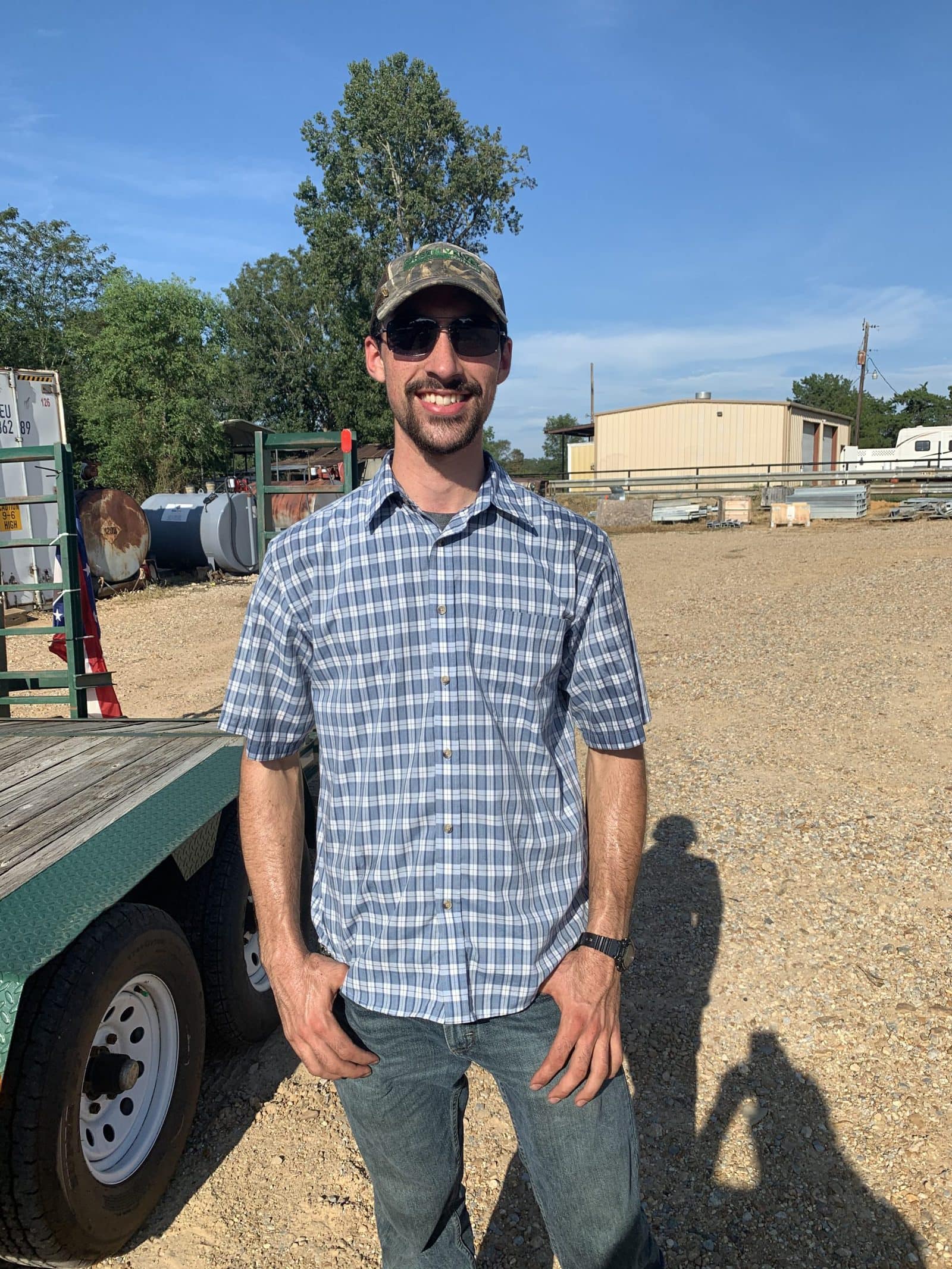 KOLIN, La. (LBM) – Evan Amsden of Anna, Ohio, originally hoped to raise enough money to purchase 128 cases of much-needed bottled water for delivery to Louisiana Baptist Disaster Relief teams, but by the end of the weekend God had nearly tripled his goal, providing enough funds to buy 383 cases, and a donation of 10,000 Gospel tracts.

Seventy-six of these cases were the result of another unexpected donation during a weekend stay in Magnolia, Miss.

Amsden, who left Anna Saturday morning, Aug. 30, and arrived in Kolin the following afternoon after staying the night with a family in Mississippi, told the Baptist Message he prays the Gospel tracts that will accompany distribution of the water will lead to someone trusting Jesus Christ as their Savior.

“I want all these people who are hurting from this disaster to not only get physical water, but ‘The Living Water,’” he said. “Ultimately, if they don’t hear about Jesus Christ then giving them a bottled water doesn’t do a lot in the long run. Physical relief is temporary, but if they don’t receive eternal relief, they have gained the world but lost their soul.”

Amsden, a member of the non-denominational church In Christ Alone of West Salem, Ohio, first learned of the need after his brother mentioned, the previous Sunday, that Louisiana and Texas were about to be hit with what we now know as Hurricane Laura. After trying to contact different organizations all week he gave up and decided to forget it. God had a different plan.

Four hours after leaving a message on the Louisiana Baptist Disaster Relief phone line Friday morning, he received a call alerting him of the need for bottled water.

Once his mother shared with friends in Anna and to others via Facebook that he intended to raise money, donations poured in and by that evening totaled 10,000 Gospel tracts, donated by Fellowship Tract League of Lebanon, Ohio, and enough money to purchase three pallets of bottled water from Menards in Tipp City, Ohio.

After delivering the donations to Disaster Relief volunteer Bubba Kirkland’s home in Kolin Sunday afternoon, Amsden again stayed with friends in Magnolia, who are members at Terry’s Creek Baptist Church in the town. The remaining funds were raised earlier that  morning when he was approached by a member of Terry’s Creek Baptist prior to the worship service, who then announced to the church of the opportunity. That evening he purchased more cases of water from Wal-Mart in Natchez, Miss. and delivered the cases to Kirkland’s home Monday morning.

Amsden said he wanted to do more to meet the needs of Hurricane Laura victims, but that he was blessed and thankful to be a part of sharing Christ’s love with what God had blessed him to give.

“I didn’t meet the people in need during my time in Louisiana but that’s okay because they will get water and the offer of the living water,” he said. “Our God is so good to us and for years I wanted to help with something like this, but never did. I can’t fix everyone’s problems. I can’t help everyone, but I wanted to do something to help and make the name of Jesus known.”

By Bill Britt HAUGHTON, La.  – Of all people, the Apostle Paul could have legitimately complained about the circumstances that he endured throughout his life. When we look back to the beginning of Paul’s journey as a believer, we see that he received a message from the Lord that illuminated the path he was … END_OF_DOCUMENT_TOKEN_TO_BE_REPLACED