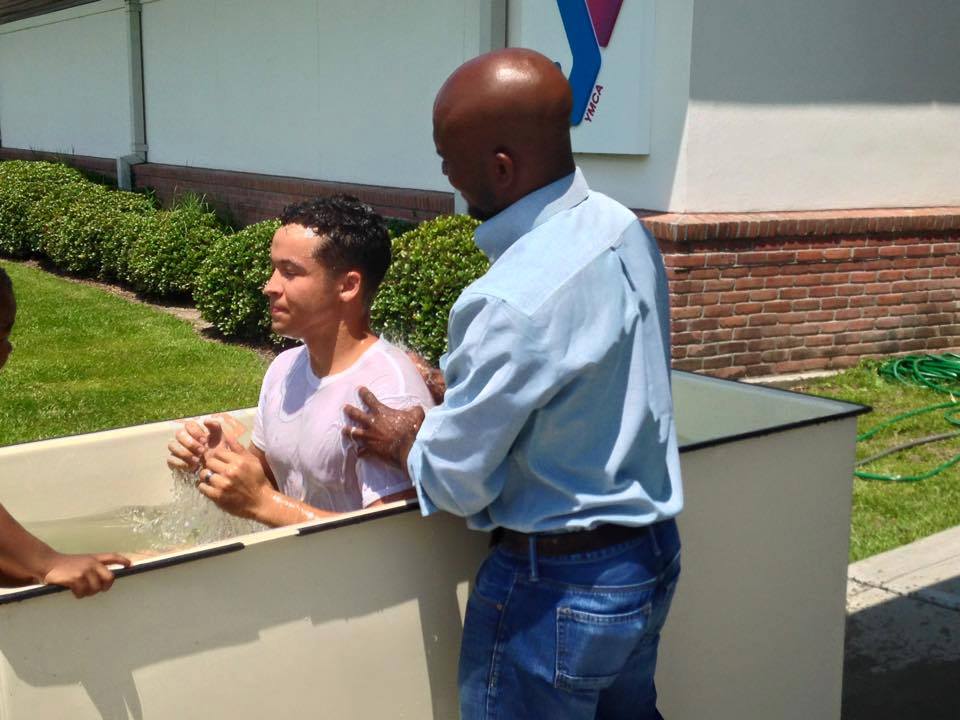 There is good news in New Orleans.

Preliminary data for 2015 indicates baptisms by Louisiana Baptists’ church plants in the city are above the national average within the Southern Baptist Convention.

The numbers compiled by the Louisiana Baptist Convention Missions and Ministry Team and released to the Baptist Message indicate the 19 church plants, ranging from one month to three years old performed one baptism for about every 7 weekly worship attenders.

By comparison, information shared by the North American Mission Board for the 757 churches in its Class of 2010 showed each typically baptized one new believer for about every 13 weekly worship attenders. This is the latest information NAMB has shared about its church plants formed in 2010 or after, and was highlighted by NAMB President Kevin Ezell in his report at the 2015 SBC Annual Meeting which was held in Columbus, Ohio.

Meanwhile, figures published in the SBC Annual indicate that among established Southern Baptist congregations, one baptism is performed for every 18 or so weekly worship attenders across the denomination.

John Hebert, director of the LBC Missions and Ministry Team said LBC church plants are not in competition with other states or the SBC, but that the numbers should encourage Louisiana Baptists.

“Our strategy,” Hebert said, “is to evangelize then disciple people. The result of those actions is a church plant.”

“The reason for our success is we have established a church planting culture as opposed to other groups which have a church planter culture.”

In total, 146 converts were baptized by the LBC church plants in New Orleans in 2015 and they averaged a combined 978 in weekly worship attendance.

Importantly, another 150 individuals made professions of faith but have not yet been baptized. Members of the start-up congregations reported 40,627 contacts were made and the Gospel was shared 4,670 times.

The report comes as Louisiana Baptists commissioned six new church planters Jan. 20 during a ceremony at the central missions offices in Alexandria.

The LBC has a goal of planting 300 churches from 2010 through 2020 and is nearly halfway toward the mark, with 124 already established.

By Steve Horn ALEXANDRIA, (LBM)--You might be tired of hearing that we are living in unprecedented days, and, of listening to endless reports about the crisis, quarantine, social distancing, stay-at-home orders, and flattening the curve. I know I am. So, how about some good news? Our churches are … END_OF_DOCUMENT_TOKEN_TO_BE_REPLACED