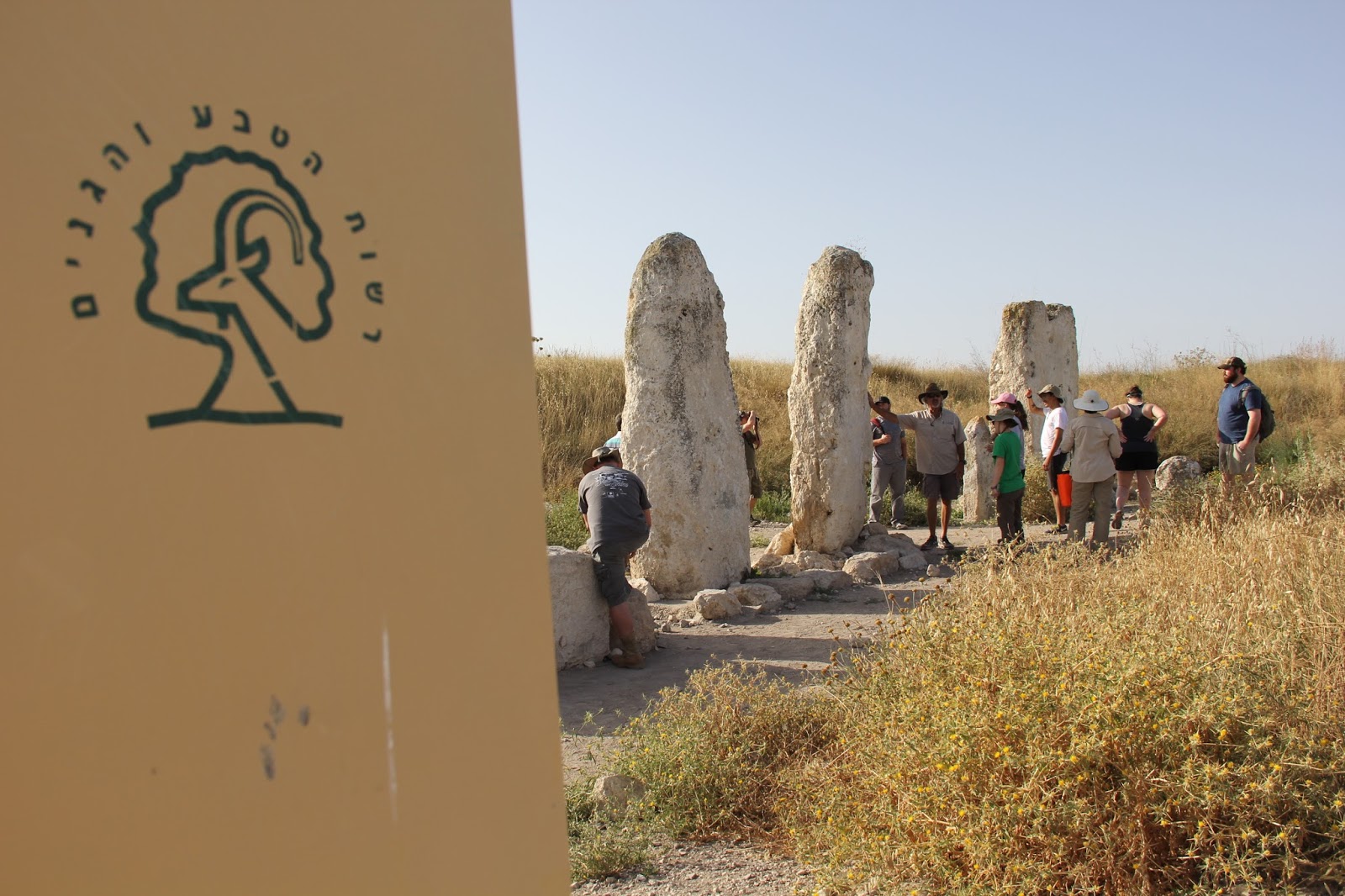 Gezer is the only Canaanite city where standing stones have been unearthed.

Setup days are always tough. It’s hot, dirty and we are all a bit out of physical shape when the excavation begins. We round up the tools and equipment, set up camp, raise shade cloth, make an unreasonable amount of sandbags, and a thousand other tasks.

It takes lots of time and it is some of the hardest work we do during the excavation.

Day two at the Tel Gezer Water System Exploration brought much cooler temperatures and more setup at all of our major work areas. In the water system (Fields A and B), the team repaired and installed the wooden stairs which allow access to the tunnel.

Others began the long process of placing sandbags over the ancient steps – 85 steps total, each requiring two to four sandbags. Once setup is complete, the team will begin clearing out the NW quadrant of the pool (Area A). Removing this will expose the full width of the pool area at its shallowest point.

Just as the team began laying the sandbags, we encountered the first real problem of the season. The switch used to control the winch shorted out and, for a time, we were unable lower additional sandbags into the tunnel. This minor setback was repaired within two to two and a half hours, but the lost time means at least one more set-up day in the water system.

Other fun tasks of the day included clearing weeds from the Middle Bronze Age wall and gate area and covering the long, black water pipe with weeds to help maintain a tolerable water temperature.

In Field C (sometimes referred to as “Eli’s House,” last season), setup was complete on day one. Today the crew began clearing the area and digging. The goal of this work is to determine how these structures relate to the gate and the water system.

This year the team opened a new surface excavation area near the Canaanite Gate (Southern Gate). Known as Field D, the new area could help provide a clearer picture of the relationship between the gate, the water system and the structures in Field C.

With setup nearly complete, the excitement is building among the Tel Gezer participants. As many of you know, we will not be able to publish much about our most important finds. Information about the important finds will trickle out in academic publications and later in the final dig publication. So bear with us. We are hoping to answer important questions about Gezer this year. We will share as much as we can.

By Joe McKeever Freely you have received; freely give. (Matthew 10:8) JACKSON, Miss. (BP) -- Dr. Watson was complimenting Sherlock Holmes on a brilliant observation no one else had noticed. "Of course," Holmes remarked. "It's what I do." Forgiveness and grace -- that's what we believers do. Here is … END_OF_DOCUMENT_TOKEN_TO_BE_REPLACED