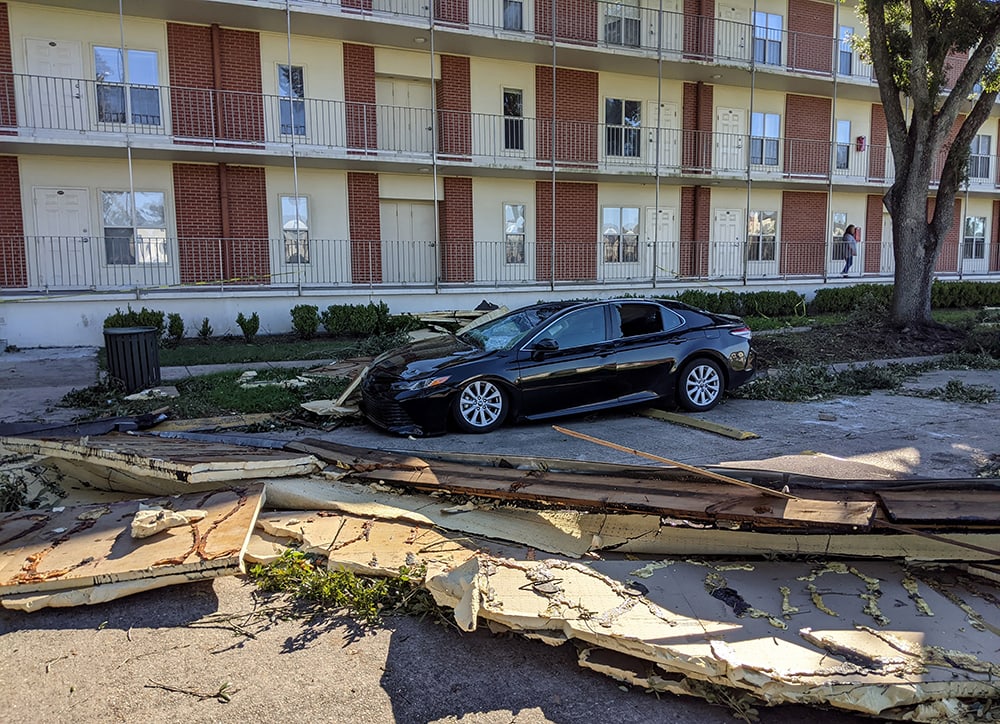 The eye of the storm passed directly over New Orleans, including the New Orleans Baptist Theological Seminary campus. No injuries were reported at NOBTS.

“Hurricane Zeta was a direct hit to our city and to our campus. We are grateful that we had no injuries on campus, and all of our people are doing well and in good spirits,” said Jamie Dew, NOBTS and Leavell College president. “There is a good bit of damage to our campus, but we are still assessing that as we speak.”

The storm downed trees throughout the city and left more than more 400,000 without power in the region. The most significant damage on the NOBTS campus happened at the Farnsworth Apartment complex. A portion of the roof blew off as the eyewall passed over the campus. Falling roof debris crushed one car in front of Farnsworth. Tree damage was extensive throughout campus; several cars and campus fences were damaged by falling limbs and trees. Seminary officials are still assessing possible damage to the fiber optics network on campus.

A cold front passed through on the heels of Zeta, and the campus community took advantage of the cooler temperatures and sunny weather by helping with the clean-up. Students, professors, staff members, and their families aided the clean-up efforts by piling up branches and debris, and the seminary grounds crews worked to cut up fallen trees and larger limbs.

Zeta knocked out power to most of the NOBTS campus, but some residences retained power throughout the storm. Neighbors with power shared cups of coffee with those who lost power and offered to charge power-drained mobile devices.

Café New Orleans, the seminary’s coffee shop, set up of coffee station in the residential portion of campus and offered free coffee to those participating in the clean-up. Tonight, the seminary will grill hamburger for members of the seminary family without power.

By Joe McKeever “‘…your ways are not my ways,’ saith the Lord.”  (Isaiah 55:8) Keep an eye on how the Lord works in your life. You might learn something useful for the next time He wants to use you. This little couplet seems to sum up 90 percent of what Scripture and life teach us concerning the operation … END_OF_DOCUMENT_TOKEN_TO_BE_REPLACED